ES2017 aka ES8 is the version of ECMAScript corresponding to the year 2017. This version does not include as many new features as those that appeared in ES6 (2015). However, some useful features have been incorporated.

This article introduces the features provided by ES2017 in easy code examples. In this way, you can quickly understand the new features without the need for a complex explanation.

The new #JavaScript features in ES2017 are:

Object values takes an object and returns an array with the values, in the same order than a for…in loop would give us.

In the other hand, Object.entries takes an object and reutrn an array with arrays of key-value pairs. 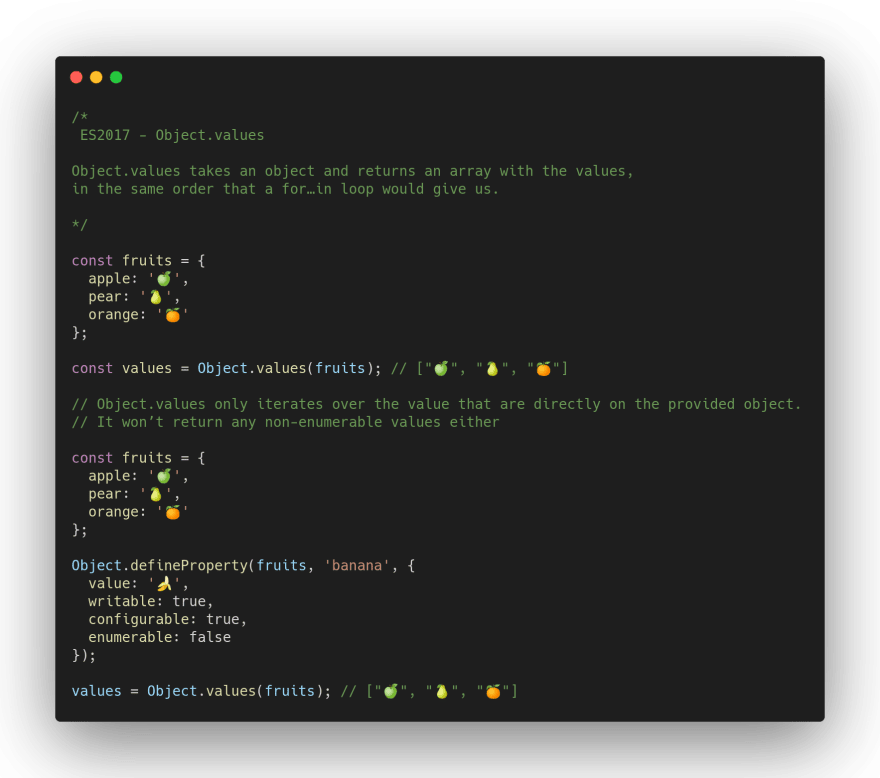 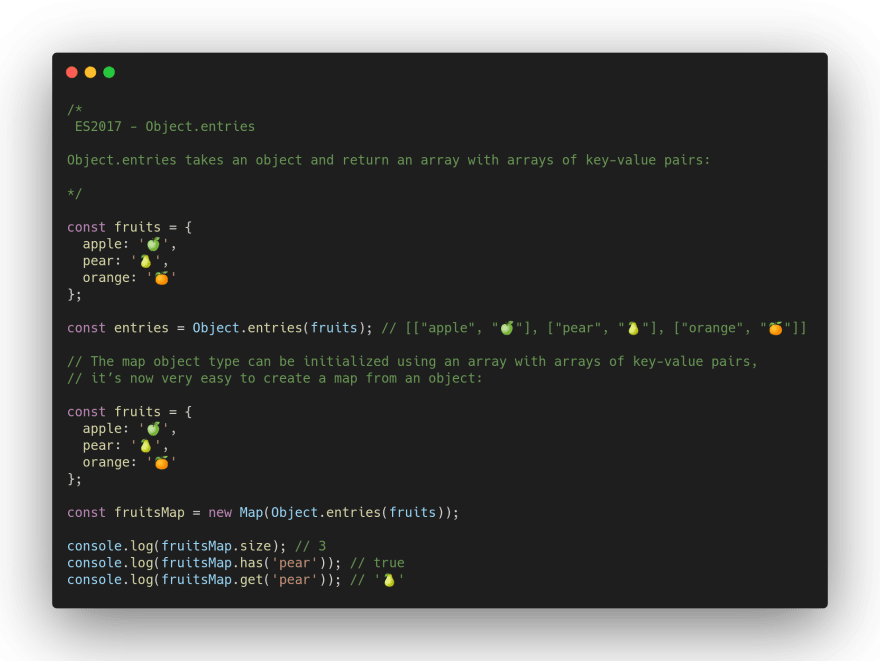 The padEnd() method pads the current string with a given string
(repeated, if needed) so that the resulting string reaches
a given length. 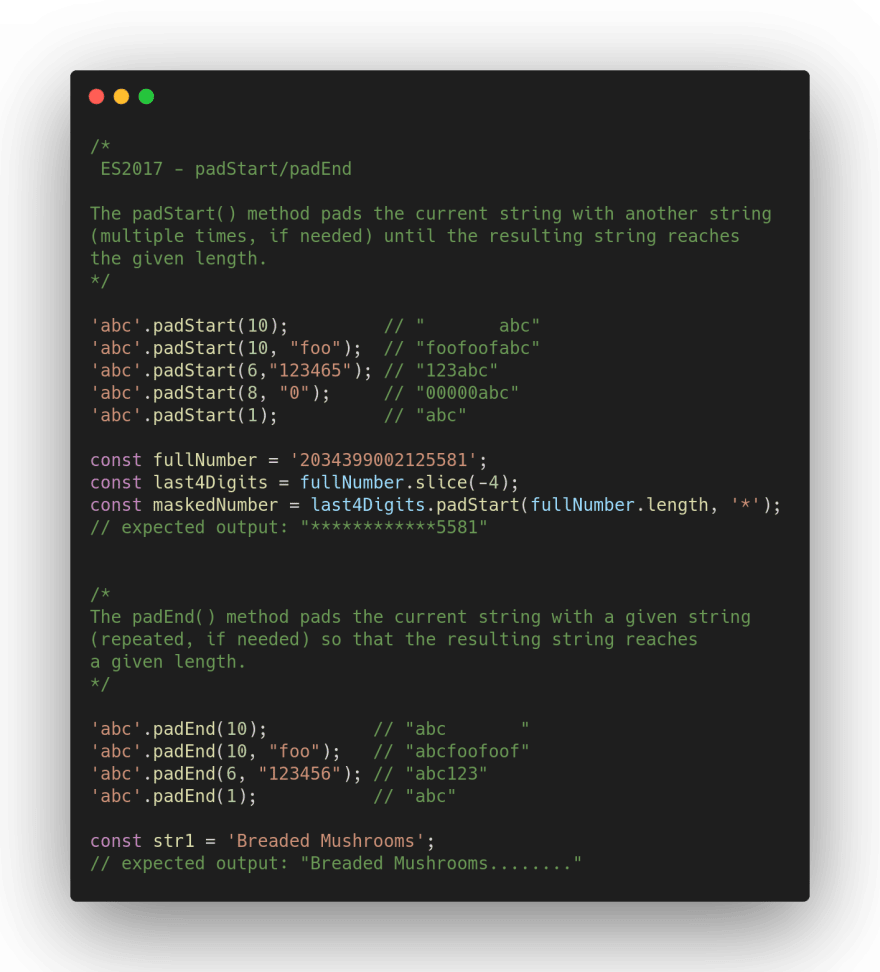 getOwnPropertyDescriptors returns all own property
descriptors of a given object. 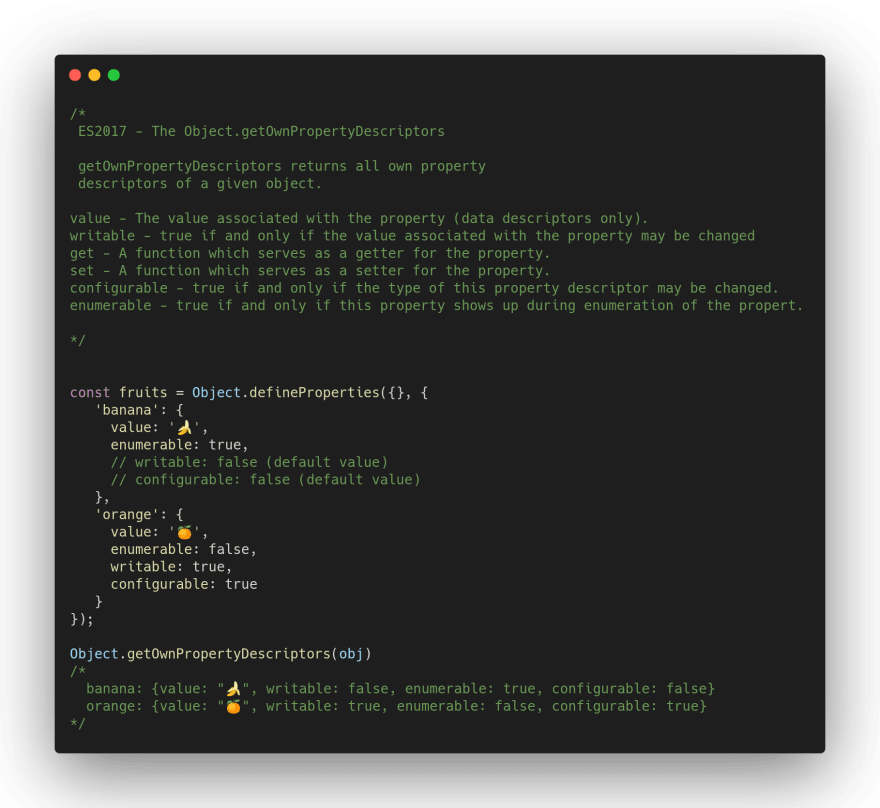 There are two benefits: 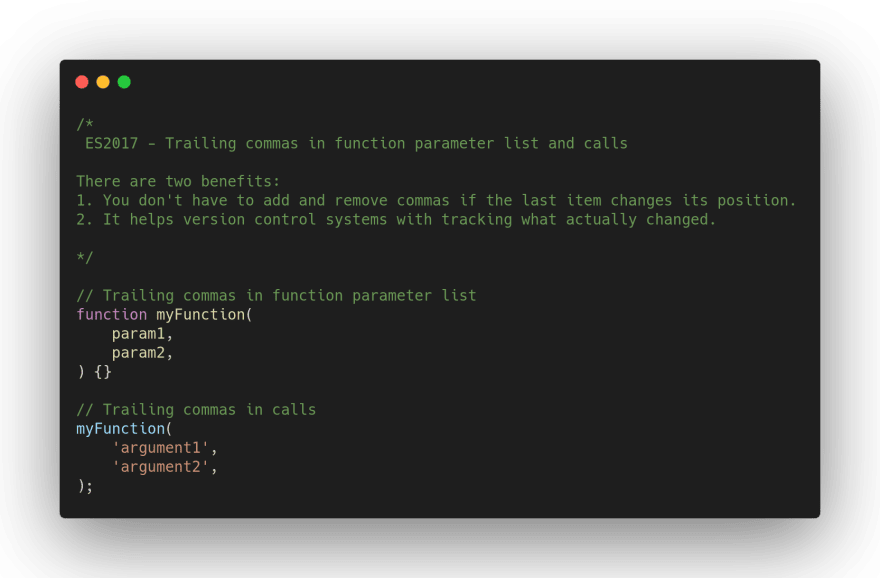 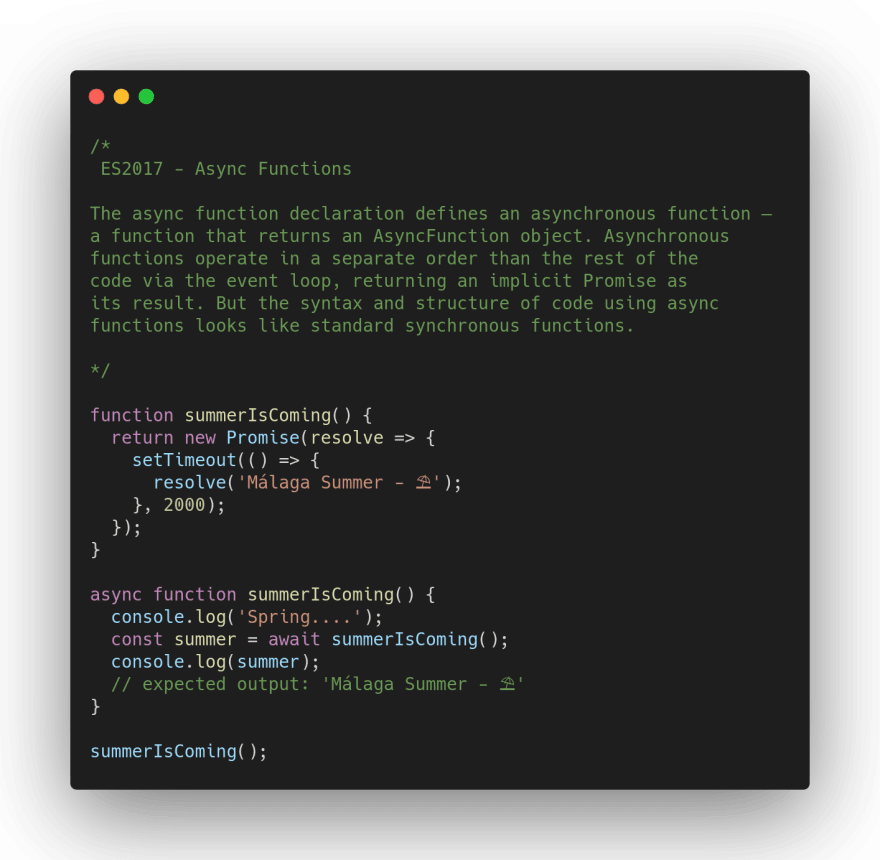 Atomics is a global variable whose methods have three main use cases.

The following example illustrates you the use cases. 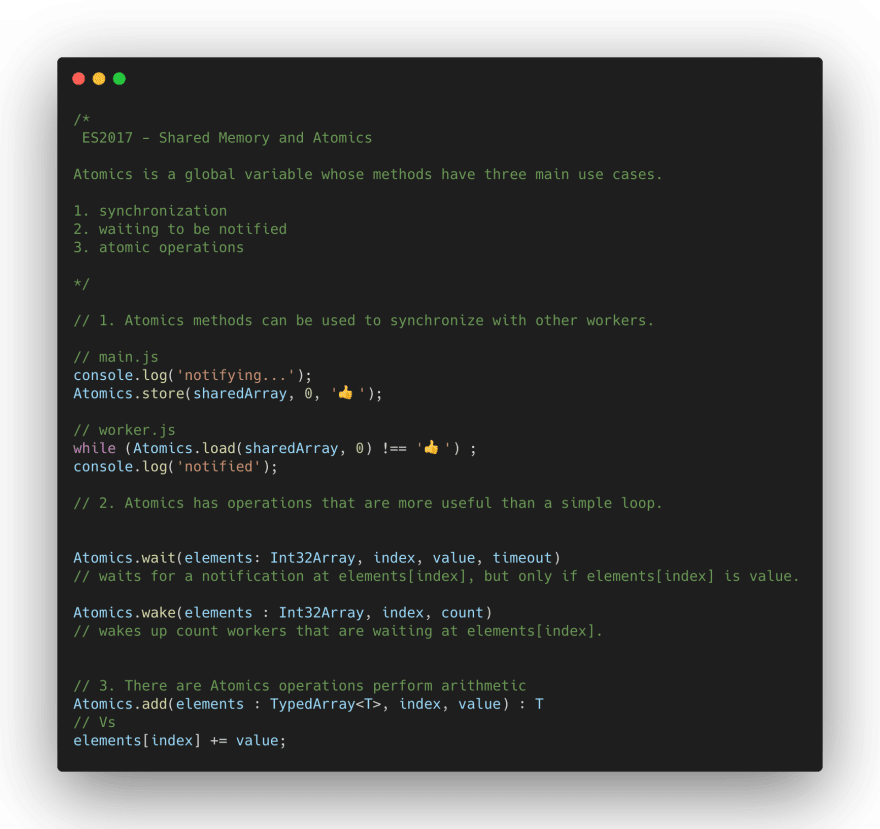 JavaScript is a live language, and that is something very healthy for web development. Since the appearance of ES6 in 2015 we are living a vibrant evolution in the language. In this post we have reviewed the features that arise in ES2017 (aka ES8).