Mistake 1: Use Count instead of Any

We should always prefer Any over Count to check if a collection has any elements or has at least one element that meets a condition.

The Any method returns when it finds at least one element, but the Count method evaluates the entire query. This could be a performance hit for large collections.

Mistake 2: Use Where followed by Any

We can use a condition with Any directly, instead of filtering first with Where to then use Any.

Mistake 3: Use FirstOrDefault without null checking

Let's always check if we have a result when working with FirstOrDefault, LastOrDefault, and SingleOrDefault.

When any of the three above methods don't find results, they return the default value of the collection type.

For objects, the default value would be a null reference. And, do you know what happens when we access a property or method on a null reference?... Yes, It throws the fearsome NullReferenceException. Arrggg!

We have this mistake in the following code sample. We forgot to check if the worst variable has a value. An if (worst != null) would solve the problem.

Notice we wrote a LINQ query with FirstOrDefault looking for the first movie with a rating lower than 2. But, we don't have any movie that matches that condition. The FirstOrDefault method returned null and we forgot to check if the worst variable was different from null before using it.

There are other alternatives to get rid of the NullReferenceException like nullable reference types from C# 8.0, the DefaultOrEmpty method or FirstOrDefault with an optional default value of our choice from .NET 6.

Voilà! Those are the three most common LINQ mistakes. I know they seem silly, but we often overlook them. If you want to take a deeper look at LINQ and all of its features, check my Quick Guide to LINQ. 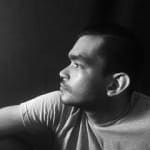 A quick guide to LINQ with examples

Hey! I'm Cesar, a software engineer and lifelong learner. Visit my blog to learn more about my work! If you want to support my work, check my Getting Started with LINQ course on Educative.

Once suspended, canro91 will not be able to comment or publish posts until their suspension is removed.

Once unsuspended, canro91 will be able to comment and publish posts again.

Once unpublished, all posts by canro91 will become hidden and only accessible to themselves.

If canro91 is not suspended, they can still re-publish their posts from their dashboard.