Most people who don't know much on coding and want to start a career in it, always end up in a common mistake — the mistake of searching "the best language to start with coding".

Usually they come to a conclusion that Python is the best, at least when it comes to having an easy path to earning millions. And thus starts their journey to watching countless Python tutorials.

Not being hard, but to be honest, this is the worst way to start with coding!

Why am I saying so?

There are tons of reasons you are learning to program the wrong way.

And in this post, I'm going to solve all your myths regarding this issue.

First of all, don't go with the HYPE!

When you search for the best language or the best-paying job on youtube, everyone there recommends only AI, ML, or python jobs! Which is good but not everyone can become a machine learning engineer or data scientist. right? There are tons of fields where you can expertise aside from python! 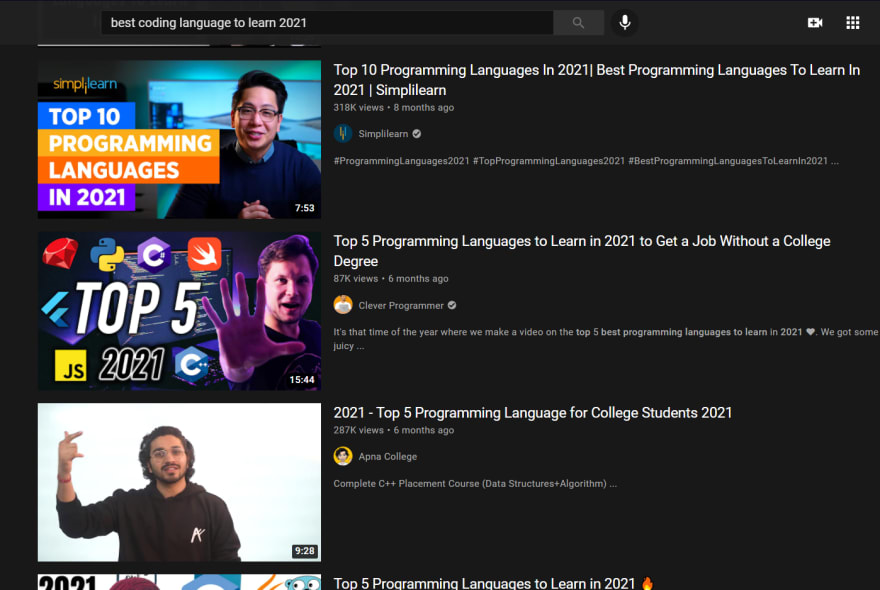 Don't start coding watching these videos. Some people watch and get demotivated because they were looking for something quick! But there's nothing quick here :P

What exactly is FOMO here?

Okay getting straight to the point, FOMO means fear of missing out. In this context, FOMO refers to the fear of not achieving something or fear of not knowing many languages, or fear of not having a public profile :P

This FOMO never leads you to your goal. You will literally get stuck in Tutorial Hell. Tutorial hell is the worst phase of getting stuck in just watching youtube videos and not getting ahead. You won't make projects, rather watch youtube tutorials and complain that you are not worth it for coding.

I too went through FOMO, but later I realized I'm doing nothing :/

Was just scrolling YouTube, and didn't made any worthy project to display on the portfolio.

Solution to this Problem :D

Instead of watching YouTube tutorials, use Google and search for documentations of that programming language!

For example, you're learning TypeScript. Just head over to their official documentation where they have given step-wise tutorials for all types of developers. 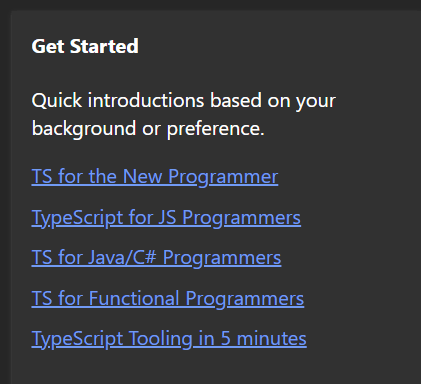 This doc is very perfect for you to directly start making cool projects and thereby learning CODING.

❌ Learn and Build.
✅ Build in order to learn.

Don’t wait to know everything before you build something out.

Build with whatever you know and you’ll end up learning as a side effect. 🪄

Build projects in order to learn 🚀🚀🚀

I hope you have got some value from this article and if so, don't forget to share it with all your friends and colleagues. Because sharing is caring :P

Let's learn together by building projects with aspiring developers & designers