Yes, you are reading correctly. The first Release Candidate of the two that are going to be released has just been released.

For those who wonder what Release Candidate (RC) means, it is the version that has official support from Microsoft for those applications that are in production.

As Microsoft has told us, this is RC1 and RC2 is yet to be released, which is expected to be announced before the .NET Conf 2022 (to be held on November 8, 9 and 10). Let’s analyze what new features .NET 7 RC1 brings.

The first of the features brought with this first RC of .NET 7 is .NET MAUI. For those unfamiliar, this stands for .NET Multi-platform App UI, the platform with which you can develop applications, as the name suggests, cross-platform. Microsoft has designed .NET MAUI by unifying all the APIs of the different operating systems such as Windows, Android, iOS and macOS so that an application can run natively on any of these platforms (Tizen too).

The great advantage of .NET MAUI is its ability to not have to develop anything extra (neither styles nor widgets) for any specific platform. This makes it possible to manage everything needed for all target platforms in a single project.

Within the .NET MAUI itself, there are a variety of new features (compatibility, performance, usability…). If you want to know more in depth all the details and news of .NET MAUI, I recommend you to consult these articles so you can understand in depth what it brings: 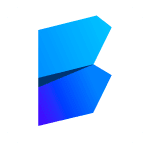 Xamarin's Substitute is on the way! Discover .NET MAUI and its New Features

This is the second of the official features introduced in .NET 7 RC1. Microsoft introduces Cloud Native as:

“a set of best practices for building your apps for and in the cloud to take advantage of resilience, scalability, efficiency, and velocity.”

Among the different features and improvements presented by Microsoft for Cloud Native, we can find the built-in container support within the .NET SDK.

We also have new features for gRPC services such as:

For those who don’t know what gRPC is, Remote procedure call (RPC) framework gRPC is a cutting-edge, open source, high-performance RPC framework that may be used everywhere.

The creation of interconnected systems is made simpler by gRPC, which allows client and server programs to interact invisibly.

As you could already read, the performance in .NET 7 is something that stands out above all previous versions. Based on the performance improvements that were seen from ARM64 in .NET 5, this time Microsoft has decided to try to get the most out of it and performance.

All we can do is wait and see if the performance differences that ARM64 has over x64 will vary with all the improvements that Microsoft promises to bring.

It should be noted that Microsoft has also focused on supporting the migration of applications and projects from previous versions of .NET. For this purpose, Microsoft has an Upgrade Assistant in .NET that will help you to migrate your applications to .NET 7 in a very simple way.

In order to get the most out of .NET 7, the .NET Upgrade Assistant will analyze your projects and update the code files and dependencies. This way the migration from a previous version of .NET to a new one is made easy!

We come to the most important point, performance. And it’s not just me, but Microsoft itself claims that the performance improvements in this version of .NET have been amazing:

Regarding the performance improvements that we can find in .NET 7, among the thousand that Microsoft explains, we focus on:

If you want to know all the performance improvements that brings .NET 7, I recommend you to consult this official Microsoft article: Performance Imporvements in .NET 7

To close it is worth mentioning that there are less than two months left for .NET Conf 2022, in which .NET 7 will be officially presented with all the improvements and features it brings with it.

Emphasizing that the second Release Candidate is still missing, we will be waiting for it in the coming days, what do you think? Will .NET 7 be the biggest leap forward from previous versions of .NET?

What is Bootstrap? The best 2022 beginner's guide.

How to Mock complex APIs in TWO minutes