If you're a React dev, and you love those tasty Hooks, we need to talk. And just like when your significant other texts you, "we need 2 talk", this little discussion will probably be uncomfortable. You may even become defensive. But we really need to have a heart-to-heart about useEffect().

Before I dive into the Epic Sadness that is useEffect(), I'm gonna throw out a few critical disclaimers for all the Keyboard Kommanders out there who are cracking their knuckles and preparing to give me a righteous beat-down.

First, I use Hooks. All the time. In fact, at this point, I only use Hooks and function-based components. So please don't waste your time trying to defend Hooks. Do you love them? Great! So do I! This post has nothing to do with being a Hooks Haterrr.

Do you hate classes?? Well, I don't entirely share that hatred, but nothing in this post is in "defense" of classes. So again... don't waste your time trying to defend useEffect() by pointing out that "classes are da sux".

I'm not trying to talk about React vs. Svelte vs. Vue. Or functional programming vs. OOP. Or tabs vs. spaces. Or chocolate vs. strawberry. I'm not (in this article) trying to dive into any broader Holy Wars. In this article, I'm simply examining the shortcomings of one particular language feature: useEffect().

So with those disclaimers out of the way, let's talk about how useEffect() came about...

In the beginning, there were class-based components. And they were good. (OK, OK. I get it. A lotta React devs have some kinda deep-seated hatred for anything that uses the class keyword. So maybe you don't think that class-based components were good at all. But they undeniably worked. If they didn't, React would've died on the vine, years ago.)

And in the beginning, class-based components had lifecycle methods. And they were good. (OK, OK. I get it. Lifecycle methods could, at times, be a complete PITA. Every three days, another lifecycle method would get renamed to something like: THIS_IS_UNSAFE_AND_YOU_SHOULD_NEVER_USE_IT(). And lifecycle methods are fabulous at creating unintended, endless re-renders. But there were many critical tasks in the development of large-scale React apps that simply could not be done without lifecycle methods.)

On the seventh day, the React team rested. But they started worrying about the continual stream of fanboys who were wringing their hands over that ugly, nasty class keyword. And they decided to correct this "design flaw" with a great flood known as Hooks.

Hooks wiped away all the nastiness that came from those unconscionable class-based components. Now the FP fanboys could rejoice with all of their pure functions. And they could rejoice at never having to use the class keyword again. But along the way, a critical piece of functionality was left off the ark. In the rush to adopt all-functions-all-the-time, React's lifecycle methods were treated as... an afterthought.

The first clue that something might be amiss with useEffect() actually comes from its name. Any time you have a core feature with an impossibly-vague name, it's a sign that the feature might be trying to do too much.

Several years ago, I worked with a guy who was fond of naming methods doWork(). I don't mean that he created methods that were something similar to doWork(). I mean that I'd look at the classes he'd created (we were writing in Java) and, quite frequently, the class would contain a method that was named, literally, doWork(). In fact, it was not uncommon to find that the majority of the class's logic was contained inside doWork().

What exactly did doWork() do??? Well, obviously, it did... work. Ohhhh... you want to know what type of work it did??? Well, that could only be understood if you spent copious hours reading through each of the doWork() methods on your own. Because, unlike methods such as calculateSalesTax() or saveShoppingCart(), there's no way to see a call to a doWork() method and have any clue about what exactly is expected to happen.

So what happens when useEffect() is invoked??? Well, umm... it creates... an effect. What kind of effect? Yeah, well... you'll just have to read through the code on your own to figure that out. Because the function name itself provides no such information. useEffect() is barely more descriptive than compute() or useLogic(). 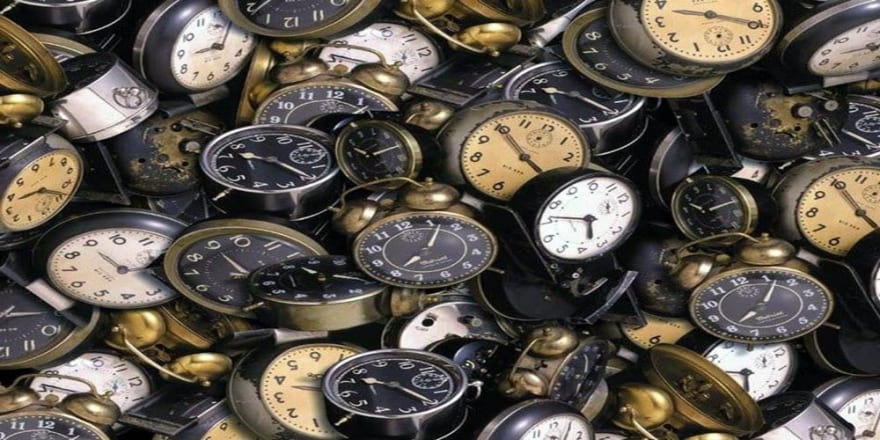 When does the logic inside useEffect() get invoked?? Well, ummm... that depends. It depends upon how you call it. I won't rehash that all in this article. Instead, I'll just refer to another blogger's excellent article right here on Dev.to: https://dev.to/spukas/4-ways-to-useeffect-pf6

As you can see in the linked article, useEffect() could happen on mount, or after all renders, or after some renders. And if you include a return statement, it could also trigger logic on unmount.

I've been programming for a quarter century and I've been doing React for more than five years. But I have the article above bookmarked because I find myself routinely referring back to it. I have to constantly remind myself how the exact same language construct can be used to invoke four very-different behaviors.

This array of behaviors happens because you have a single Hook designed to replace the methods which previously governed multiple stages in a component's lifecycle. On a practical level, this means that you can't immediately tell when useEffect() will be called - until you manually assess the way in which it's being called.

Doing Too Many Things

As long as I've been programming, there's been a basic aphorism that has helped me, time and time again, to write better code:

A function should do one thing, and only one thing - and do it well.

useEffect() violates this basic tenet. As already discussed, I fully understand that its name will never tell me what it's doing. But I can't even tell (from the name) when it's doing.

It can't possibly tell me when it's doing, because it's trying to replace all of the lifecycle methods that existed in class-based components. It's trying to replace them all - with a single function. It's like the Hooks team hired my former colleague who constantly wanted to write doWork() methods. But now, he just writes useEffect().

There are many reasons to discourage writing functions that doALLTheThings(). One of the strongest reasons is that, any time you try to doALLTheThings(), invariably, you end up leaving something out.

Sometimes it's an error of omission. Other times, it's an error of outright arrogance. In other words, when you try to doALLTheThings(), it's inevitable that, eventually, someone notices a key feature that's been left out of doALLTheThings(). And just as inevitably, there's a strong tendency for the function's programmer to reply that, "You don't actually need that feature."

This is what's happened with useEffect(). First, we get this kind of arrogance from the Hooks Crowd:

Second, if they can't explain exactly how useEffect() replaces a lifecycle method, they just dismiss the feature altogether by stating that we don't actually need it. I saw this not-too-long ago when I wrote an article about the lack of constructors in functional components. (You can read it here: https://dev.to/bytebodger/constructors-in-functional-components-with-hooks-280m)

[FWIW, I understand that a constructor isn't often defined as a "React lifecycle method". But with class-based components, it absolutely is a quantifiable stage in the component's lifecycle.]

But something funny happened after I wrote that article. It's gained a steady stream of new readers, week-by-week and month-by-month.

That may not sound intriguing to you, but on Dev.to, most articles get nearly all of their views within the first week-or-so after they're published. In fact, I've written many articles that can now go months without registering a single new view. But my constructor article keeps getting more views - so many, in fact, that it's now my most-read article.

What does that tell us?? Well, I interpret it to mean that there are a lotta people out there googling how to do a constructor in a React functional component. Since there aren't many other articles written about it (and since the official Hooks docs basically tell you to get over it), they end up finding my article on the subject.

In other words, I'm not the only person out there who feels that useEffect() doesn't magically replace every single lifecycle method that we had at our disposal in class-based components.

In general, simplification in programming is a good thing. "Complex" code is usually synonymous with "bad" code. Complexity breeds bugs. Complexity increases costs. And time (which is... a cost).

In many ways, useEffect() oversimplifies (obfuscates) the React lifecycle that is always there - whether you're writing class-based or functional components. It's entirely possible that all of those old lifecycle methods aren't necessary. Maybe, some of them cause more problems than they solve. But those lifecycle methods represent a fine-toothed tool by which we can peer into - and "adjust" - much of what's happening "under the covers" during that magical React update cycle.

You may strive to avoid using lifecycle methods. You may write thousands of LoC without ever reaching for one of them. But man, when you really need one of them, they can be a lifesaver. And even if you never actually use any of those lifecycle methods, merely knowing about them and understanding their (potential) use provides greater insight into the inner-workings of React.

But trying to throw it all behind a single, utilitarian, Swiss army knife function like useEffect() is like having a software company tell you, "Don't you worry about any of that. We'll just make it all... work. You don't need to do anything at all. We'll just doWork() for you."

I've already noticed this effect when I'm talking to some React devs who gulp from the functional programming fountain. They write their functional components, and they sprinkle them all with Hooks, and then they talk as though there is no real React lifecycle to be concerned with. And to be clear, I kinda understand why they think this way.

In vanilla JS, a function has no lifecycle. You call it - or you don't. It runs - whenever you call it. And it doesn't run if you don't call it. It's that simple. But in React, functional components are not so simple.

React's functional components typically return some kind of JSX. And when they do, that rendering cycle is handled somewhat automagically under the covers by React's virtual DOM. In fact, I wrote a separate article about the reconciliation process here: https://dev.to/bytebodger/react-s-render-doesn-t-render-1jc5 (And yes, I know that it's possible to trace every single re-render - but it's also a complete PITA that can sometimes be difficult to track and understand.)

The reconciliation process doesn't go away if you switch from class-based components to functional components. It's still there. Under the covers. Working the same as it ever has.

The difference is that, in class-based components, there's this rich library of lifecycle methods that allows us, if necessary, to get our fingers into the gears a bit. And even when it's not necessary, the lifecycle methods serve as a kind of living documentation that highlights all the steps a component goes through during the entire rendering/updating/reconciliation cycle.

But with Hooks, we just have one, vague, amorphous "lifecycle" method called useEffect(). It's a helluva lot like opening all your classes and seeing nothing but doWork() methods.

"this" keyword in Javascript