​​A developer named Scott Cate at Microsoft has built a bot that does image recognition, and, apparently Ed Sheeran recognition as well.
​​
​​Like any bot worth it’s salt, this one runs on Twitter and can be summoned using the #vision_api hashtag. After a slight delay (presumably because a computer in a cloud somewhere is examining the photo with a monocle), a reply is sent with a verbal description of the image.

Vision API: a sofa in a room


​​
​​The bot is pretty accurate as far as artificial intelligence goes. That monocle is doing it’s job. Most real-world objects seem to be readily identifiable. And of course it wouldn’t be a proper technological achievement without being able to correctly distinguish hot dogs from…..everything else.

Caption: a hot dog on a bun


​​
​​People have been tagging their photos on Twitter for the bot, and the internet does not disappoint. If you’re going to be a bot on Twitter, you can’t half-ass it.

Hey @vision_api what is this?

My 5 year old said it's an Easter bunny dog. 🤣 pic.twitter.com/VdO7qZL0Zs

Vision API: a close up of a bird

​​​​Uh, no. But to be fair, I have no idea what that is either. Is that supposed to be a rabbit? That is honestly terrifying.
​​
​​I happen to notice the trend and tagged a picture of a cheeky Ed Sheeran. I figured the bot would know that it was a man, but I did not expect that the bot would know WHICH man.

mom said you had to let me use the xbox pic.twitter.com/jwBf2AEf1Q

​​​​THAT’S ED SHEERAN. Even the machines know. You can’t be artificially intelligent if you can’t identify the talent who once crooned out, "And I know you love Shrek / Because we've watched it 12 times."
​​


​​
​​Not to mention he’s “wearing, standing” and “holding”. You look great no matter what you do, Ed!
​​
​​As it turns out, the bot is not mutually exclusive to Ed. It can recognize most celebrities. Even the ones that you probably wish it wouldn’t.

Caption: a man standing in front of Martin Shkreli, Benjamin Brafman posing for the camera

​​​​Although sometimes it does get confused, like when it mistook Scarlett Johansson for Elizabeth Olson in this Avengers poster.
​​

​​​​Apparently Chris Hemsworth is unmistakable, even with one eye missing. But Elizabeth Olson For Scar Jo? Come on. They aren’t exactly identica……HOLY CRAP ELIZABETH OLSON IS IN THE PICTURE… 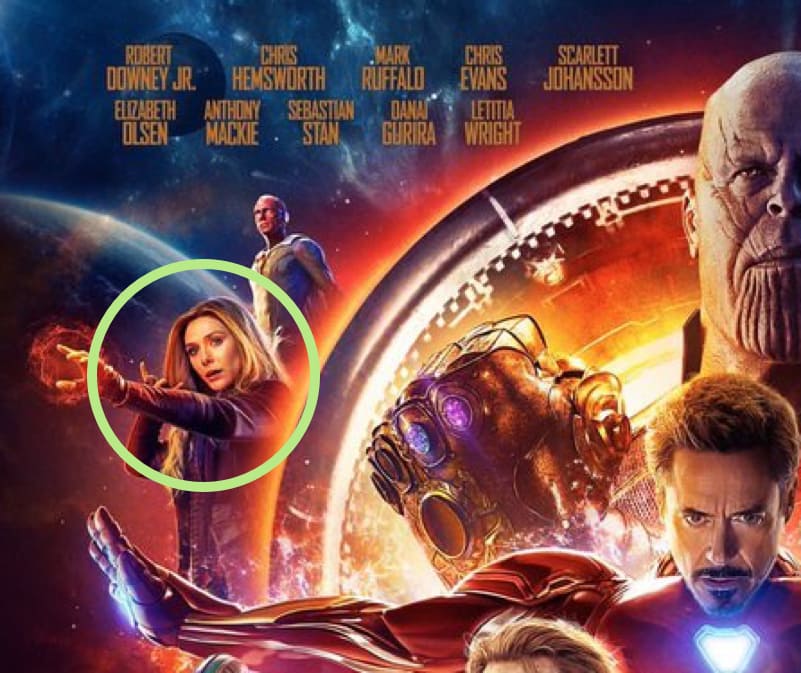 ​​It can get things pretty wrong too. It seems to have trouble with identifying “spikey bracelets”…

Maybe: a person sitting on a bed

​​​​Maybe. Or maybe just someone who needs to clean their room, but wants to look really good doing it.
​​
​​And it really has a problem with furries. Not an ideological problem, but definitely a problem.

Maybe: a dog sitting on a bicycle

​​This is all made possible by Microsoft’s Computer Vision API, which says that it can “Extract rich information from images to categorize and process visual data.” Aside from being able to recognize celebrities and pharma bro’s, it can also recognize handwriting in images and popular landmarks as well. Microsoft says that it can recognize o”200K celebrities from business, politics, sports and entertainment.” as well as “9000 natural and man-made landmarks”.
​​
​​You can try out the bot yourself by adding the #vision_api hashtag to any tweet with an image. Now go and have fun seeing if the bot loves Shrek as much as Ed does.

How to automate attendance record with face recognition, Python and React

Using Hubot to Mention Everyone in GroupMe