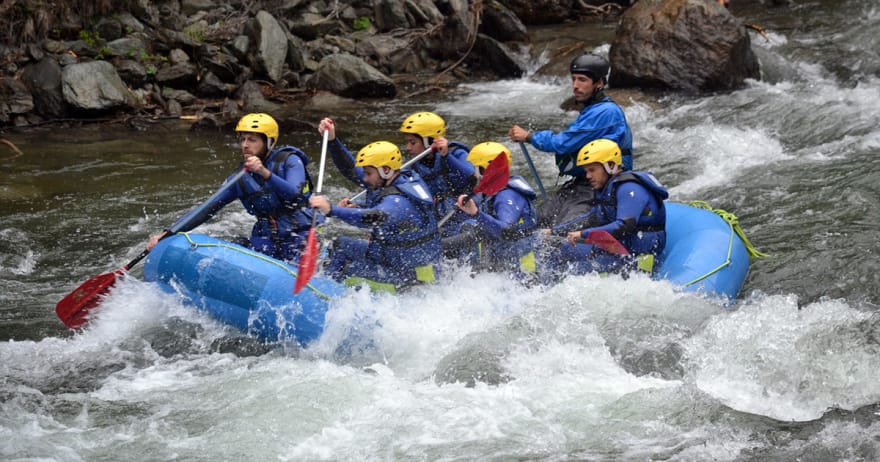 When we started Mobile Jazz, we knew we wanted to be different. We didn’t want to be an overworked startup trying to satisfy a bunch of nameless investors. Making money for the purpose of making money sounded unrewarding, like a waste of our time and effort.

We took the risk to optimize for happiness over profit, and the results have been surprising.

Instead of being like everyone else, we consciously chose to become an app and web development lifestyle business as an alternative to a startup.

By setting our priority on our employees’ well-being more than paying ridiculous salaries to a handful of founders and top management like most companies in our field, we found that we could use our net surplus for something different: employee happiness.

And we found that we could bring on highly experienced engineers and designers who also happen to be fantastic people.

Rather than selling out to the Googles of the world, we want to keep running a ~20 person strong business with a lot of satisfaction and joy. And we still prefer the autonomy to launch the products that we want to launch such as Bugfender and Localname.

After five years of Mobile Jazz, we're glad we made that commitment to ourselves.

These choices allow us to run a company for the 21st century, supporting our highly-skilled people and making a product for a wide variety of clients that reflects our shared passion for both kindness and quality.

This decision is something we celebrate every year with our annual MJ Summer Camp. 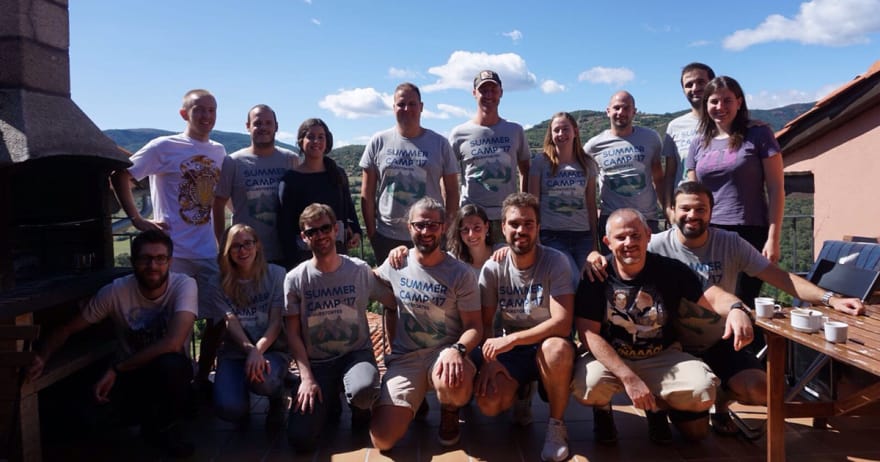 The Mobile Jazz team and partners

The Difference Between Retreats and Summer Camp

As a boutique app and web development company, our work is almost 100% digital, so we knew we could promote worker satisfaction by being totally remote-friendly. We didn’t want to be the kind of company that forces people move to a certain city to join our team.

Our company benefits by bringing together a very wide base of knowledge because we recruit from all over the world.

Sometimes it can be difficult to understand someone’s sense of humor if you’ve never actually met them.

While we live and work remotely, we also understand that spending time together in a shared space is important for building good relationships. Even if you feel like you know your own teammates, you might not be able to fully introduce yourself to people who work on other teams. Sometimes it can be difficult to understand someone’s sense of humor if you’ve never actually met them. 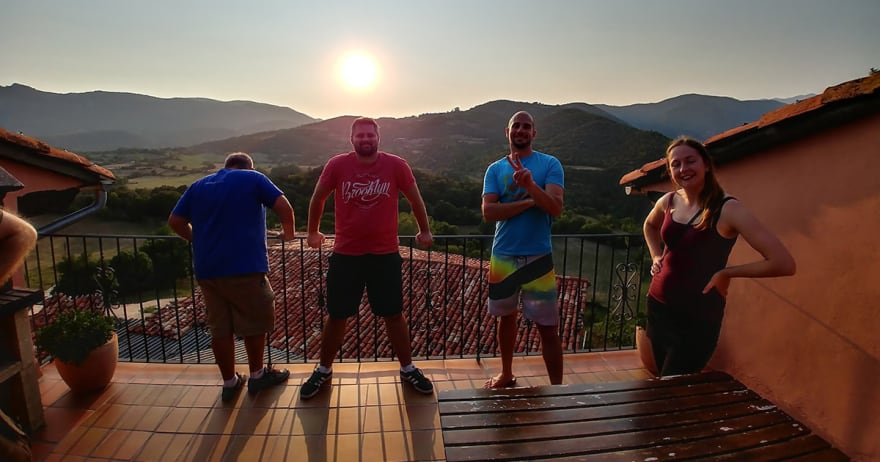 To foster connection, we offer multiple retreats and “workations” every year in places like Thailand, Cape Town, Martinique, Bali, and the Alps. While not everyone can always make it, we do supply a certain travel budget to encourage employees to attend events when they can. Whether it’s conflicts of interest or other personal commitments, it’s a reality that some employees simply won’t be able to attend.

And of course, we don’t force anyone on a plane to attend these events.

In an attempt to get everyone all together at least once a year, we host one event every summer where we fly everyone to Spain (where most of us already live anyway) to have a holiday weekend together where everyone can attend and bring their partner and kids along.

Because it’s just for fun and games, we call this annual event MJ Summer Camp. 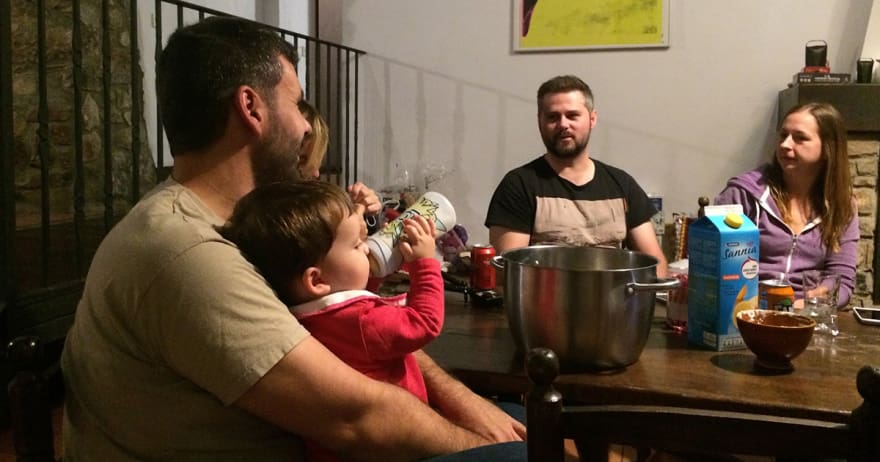 Aleix (our backend team lead) and his boy DÃ­dac

We’ve had a couple of summer camps for the whole team. Here’s what we’ve done for the past three years:

You can see we really like hanging out by water and cooking lots of different cuisines for each other. Our main goal for summer camp is just to get to know each other:

No work. No brainstorming sessions. No meetings. No performance reviews.

Just fun activities and plenty of free time to bond over real conversations. And we have found we most enjoy having a scenic view, like the Pyrenees, for example. 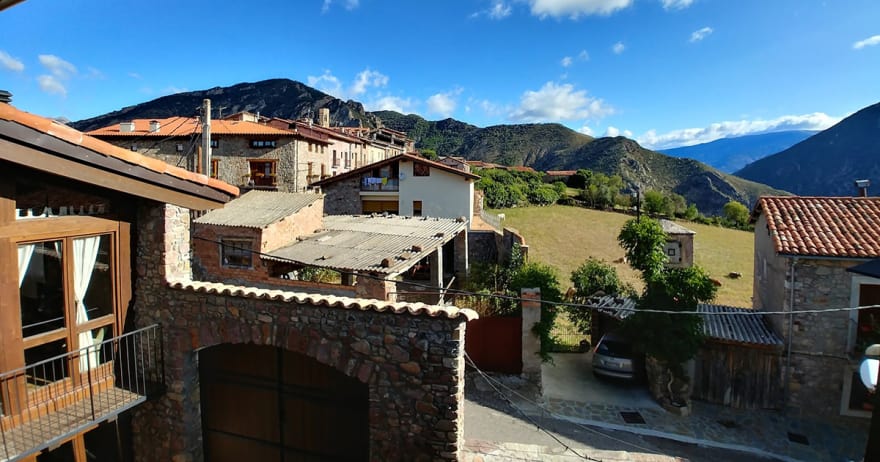 Our team typically opts to experience nature and do fun sporting activities. So for 2017, we decided to go back to the Pyrenees in Northern Spain to a place called Sort which means “luck” in Catalan.

It turns out that Sort is a town famous for people traveling there to buy lottery tickets. The myth is that everyone is just a bit luckier in Sort. (Interestingly enough, Spaniards spend the most money per capita on lotto tickets, so Sort is basically the Spanish Lotto Mecca.) 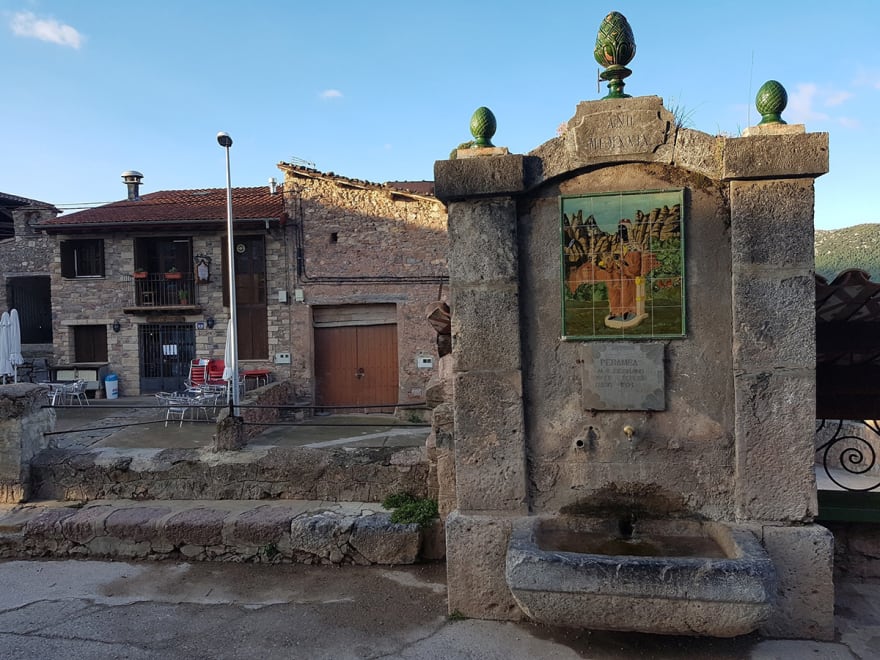 The house we chose had great views of the Spanish countryside, and the balcony offered beautiful views of the sky at night. Several people remarked that it was their favorite summer camp house thus far.

At Summer Camp, we try to strike a good balance between:

We have found that fun, semi-competitive activities that require teamwork usually help create better conversations and social time later on in the weekend, which is the whole point of summer camp! Having a pool table and sharing ridiculous viral videos about goats are also highly encouraged for having a great weekend with a big group of developers and designers. 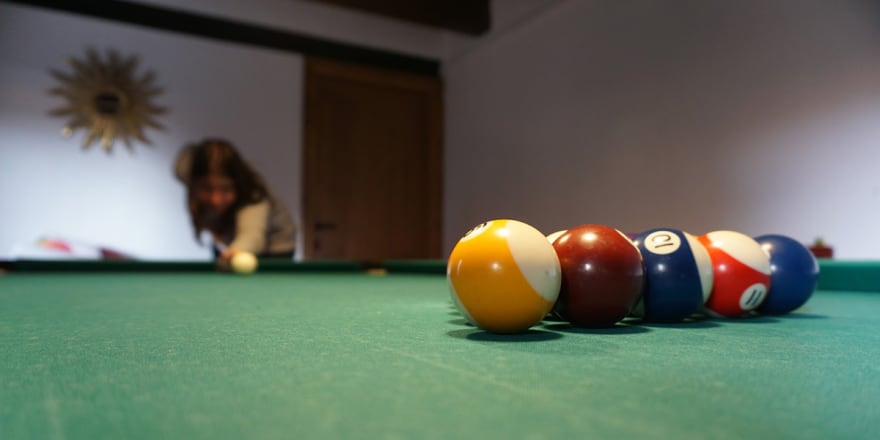 On Saturday, we went whitewater rafting together. Sort is famous for its rapids, including one area that is called “the washing machine.” The team decided to raft on the beginner river to avoid getting waterlogged, but as it turned out we still had to rescue each other (cough, Pablo, cough) from the cold waters a couple of times. 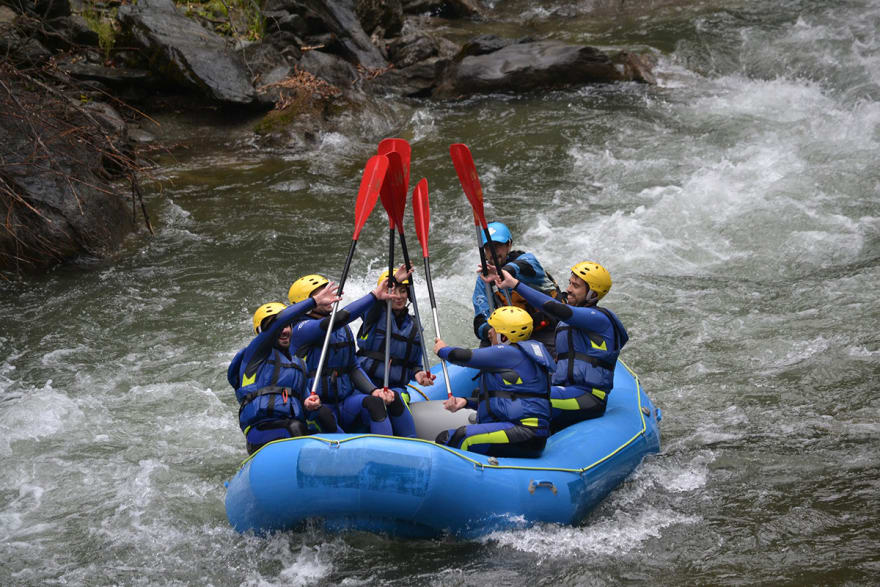 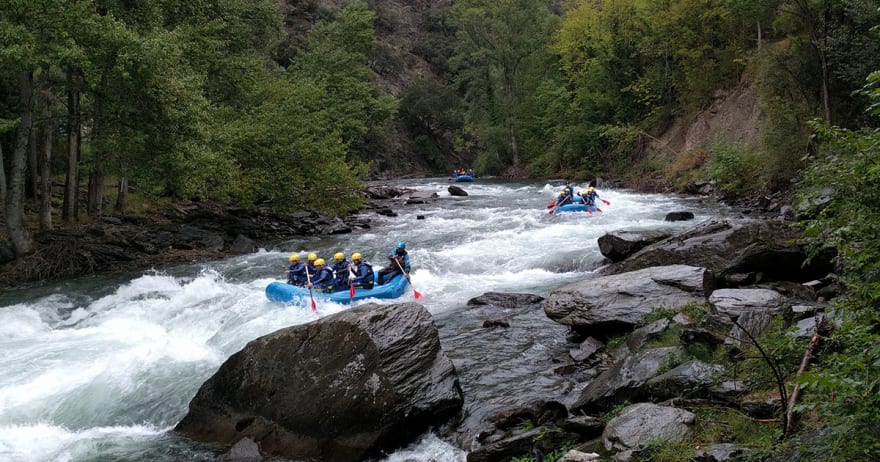 We also built cooking squads by throwing together people from across diverse teams who usually don’t have much interaction: web team, mobile team, backend team, and the design team. Every team was responsible for grocery shopping and cooking of one meal during the event.

Here are the team names and their culinary creations: 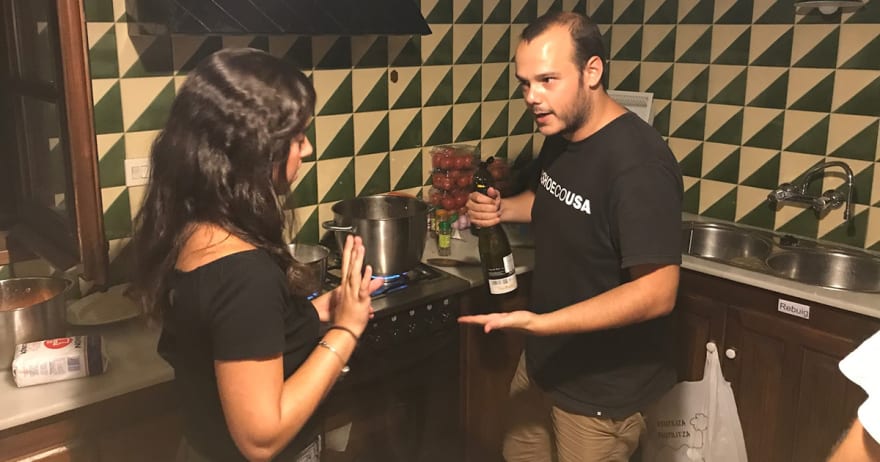 Jose and Marta debating who's head chef. It was Marta ;)

A division of labor for the cooking duties also allows the other teams to share a beer, discuss the current events that affect our lives, and (particularly in our case) debate the virtues and weaknesses of different cryptocurrencies in the other room. 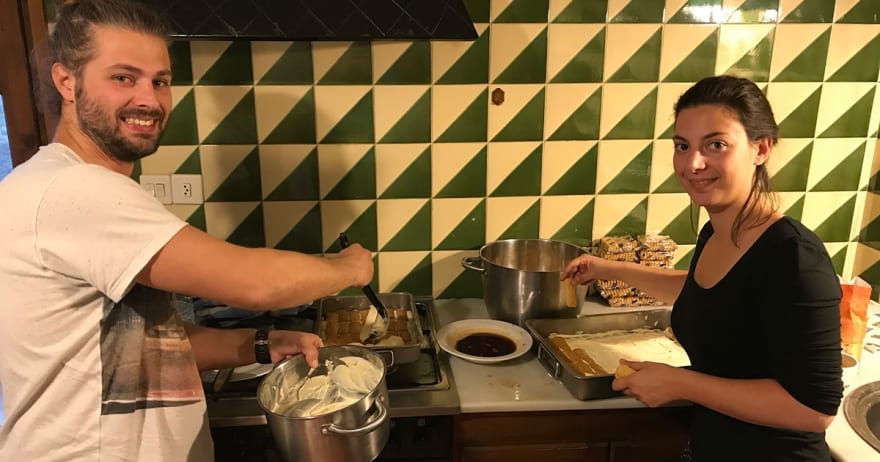 Paolo and Giulia making a tiramisu

On Sunday, we decided to play a game of paintball. Since many of us brought our partners and families along, we decided that partners would face each other in opposing teams to have a playful match. An early rivalry (all in good fun) between Jose and Stefan lead to them being opposing team captains. As in elementary school, each captain picked people one by one to be on their team.

Everyone had an absolute blast, but perhaps team captain Jose was most happy as he avoided being hit while “releasing all his Rambo power” (according to Pablo) and getting a shot in on the boss! 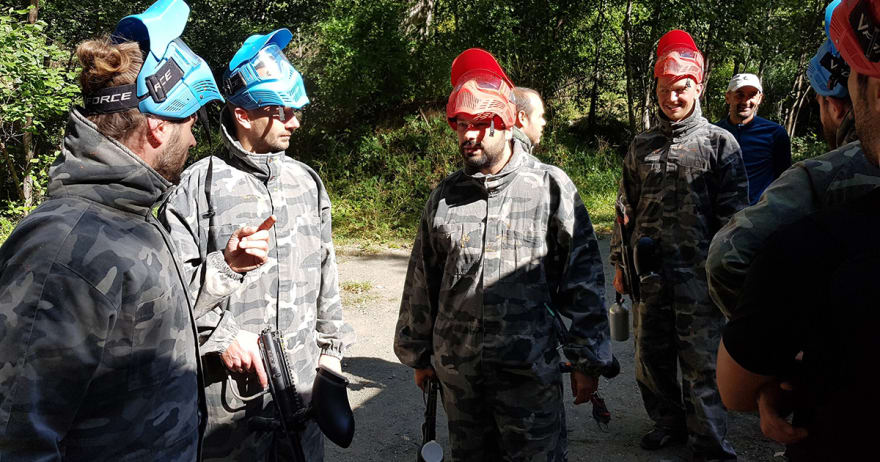 Jordi and Paolo square off before the match begins

What We Learned & Why It’s Important 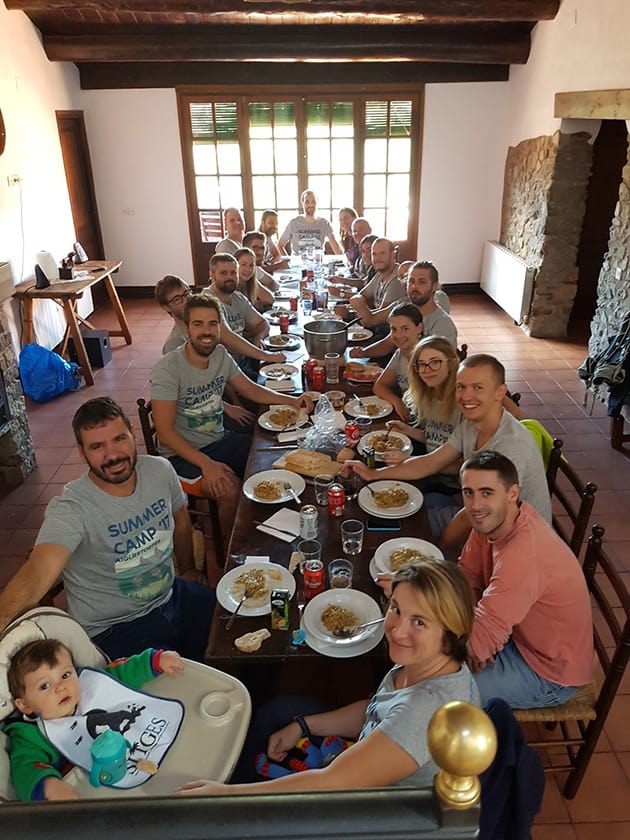 As simple as it sounds, in-person interaction really matters for a remote team. We work together every day, but only knowing each other via chat and video calls can feel disconnecting.

Getting a remote team together in the same room allows us to connect on a much more emotional level and allows us to build stronger relationships with each other.

Video calling or sending memes to one another over chat is enjoyable, but working together to pull our designer out of the river or coming together to coordinate a paintball ambush on our boss has allowed us to build a cache of shared memories. We leave these trips with a better understanding of the other people and their way of thinking and problem-solving.

Summer camp (and retreats and workations) allow us to solve the problem of disconnection on a mobile team, with the added perks of getting to travel and have a lot of fun. Though we work together to build a more beautiful digital world, we still appreciate the beauty of breaking bread with one another.

With all this in mind, we have decided to change our travel budget from 1000â‚¬/person to "unlimited" as long as there's money available, because we realize how important our retreats, workations, and summer camps are for the success of our team and company.

We're also continuously looking to expand our team. You can work from anywhere in the world and enjoy company retreats in countries all over the world as well as annual summer camps like the one above.

If you think you're a good fit for Mobile Jazz, we welcome you to check out our current job openings: https://mobilejazz.com/jobs

How I Got A Remote Job As A Frontend Developer

Bugfender
Get fast remote access to your applications’ log files on users’ devices - wherever they are in the world. Bugfender logs virtually everything, and goes beyond simple app crashes. It even logs...
The Best Podcasts for Developers
#business #culture #engineering
A Blueprint for Modern Working: Six Hacks for Asynchronous Success From the Mobile Jazz Company Handbook
#remote #career #showdev
Going Fully Remote: Six Months On
#remote #remoteworking #distributedteams