Benny Powers, uh-maz-ing web components developer asked me the other day on twitter about how we ship web components and if I had a blog post for it. "Yes let me pull it up!" I thought, only to find no... I didn't. So here we are. Let's dive into a topic I've been asked about a lot which is how and why Penn State ships web components in an "unbundled" state.

This is going to start off a series of posts about this topic to make it more digestible given how complex the problem space is. 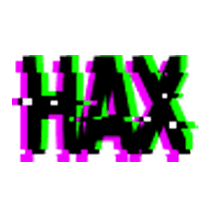 We work on a project called HAXTheWeb, an effort to build a Headless Authoring e*X*perience. Think of it like a WYSIWYG editor, made out of web components, that understands how to edit other web components using a small schema.

And now, onto the show

With that said, this series will unpack the unbundling movement and how the #HAXTheWeb team is transforming how web components are deployed, at scale, at a major institution.

This One Line of Code I Wrote Is Awesome