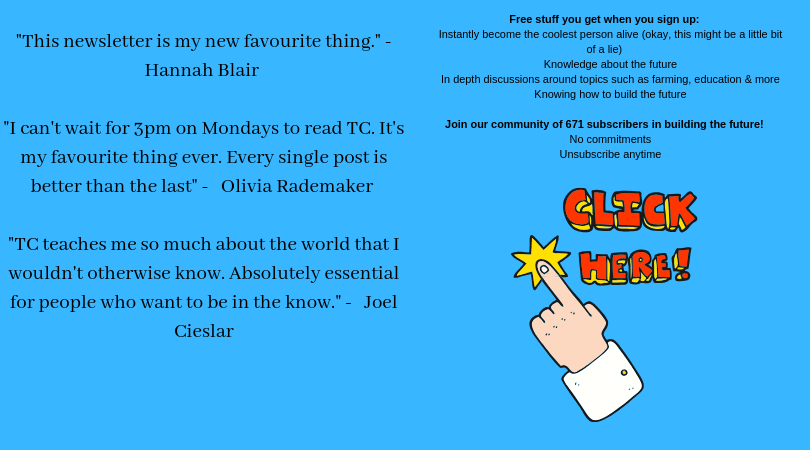 🌊 Welcome to the seventh edition of 🔮Technologically Clairvoyant🔮

We're now verified on Brave Browser [or will be in 24 hours]. If you don't know what Brave Browser is, click here. (affiliate link. I get $5 and it costs you absolutely nothing if you use this).

If you use the Brave browser, consider supporting my site 😎

Without further ado, let’s get into it 🎪

However, this is good evidence that this could probably work in humans (bar the fact that n = 29 mice).

Apple still remains secretive about this project. Almost no information has leaked other than they appeared to have brought the startup. I'll keep you updated if I see anything gnarly happening in this space 🖲

The system is being rolled out at events across the UK (well, 10 events so far).

The system can detect when someone is wanted by the police (a suspect match).

However, out of the 42 suspect matches, only 8 were correct, giving an 81 percent error rate.

The error rate doesn't matter so long as it's not the only thing they go by.

If the AI detects a suspect, I wouldn't expect a SWAT force to tackle the person to the ground and arrest them. The police would likely take them aside and see for themselves if they're the suspect.

The articles online don't talk about what happens when a suspect is identified, they only seem to care about the error rate.

I'm interested to see what happens with the data. Is the incorrect suspect's data then used to train the AI? Or is it deleted? I guess we'll find out more in the coming months when it's rolled out.

The doctors pinpointed the genetic mutation driving the disease, but had no idea how to treat it.

They made zebrafish with the mutation and screened hundreds of FDA approved drugs until they found one that worked.

The boy was saved, and has since recovered.

Zebrafish are common for genetic research because their genes are well charecterised and they have fundamental similarities to humans. In some cases, mice would be closer in similarity to humans, but their genes are harder to manipulate than zebrafish. They also take longer to reproduce.

💊 Tylenol - a popular pain relieving drug - can now be synthesised from a natural compound rather than chemicals from coal tar.

🏠 Get your house delivered

Amazon is selling DIY tiny-home kits, that let you build your own house.

This idea isn't new, unlike what the news will say. In the 1940s, Sears let people buy houses through mail-order catalogues and it will be delivered to them - ready for them to build it.

In the distant future 🔮 you can look around houses in VR, design your dream house, get it delivered, and get it built by robots in a matter of days.

🔋✈ Hybrid flight (half electric) is the future of flight

Project 804 is converting a 40-seater aircraft into a hybrid vehicle. It expects to start fly-testing soon.

Other companies are expecting to release hybrid aeroplanes by 2022 at the earliest.

In a recent study (n = 15), all signs of cancer dissapeared in one patient, and in 14 others there was evidence that cancer cells had died.

The next step is to perform a larger study.

Using Google Earth, finding that there’s 0.9 billion hectares of land available for planting forests, which could store 205 gigatonnes of carbon.

I just want to add this comment I found too:

If you own a garden, please do consider planting some trees or plants in general.

This person goes around, finds broken bricks in public walls and fixes them with a 3D pen (with bio-degradable ink).

My favourite quote of the video is:

Hey wall. There's no need to pay me. It's okay. Come tell me when you're hurt again

Reminds me of the right to repair. I can see this movement growing, with #trashtag being recently a viral trend.

The technology looks like smoke alarms in the ceiling.

It can detect aggression through raising voices or gunshots.

However, it's not 'very effective'. It can be set off by:

The author refused to say whether the data used from classrooms is used to train the AI.

Schools prefer to 'be safe' even if they have a high false positive rate.

This is a really cool paper.

"The team hopes that these results pave the way for future brain-to-brain interfaces that allow people to collaborate to solve tough problems that one brain alone couldn’t solve."

This is what Elon Musk's company, Neuralink, is trying to achieve. Combining brains with other brains to create a super computer brain that can solve problems that a single brain couldn't.

What's worrying is that if the whole is greater than the sum of its parts, I could see humans being bred and forced to exist only to be a part of this super-computer.

Of course, we have human rights and many, many laws that prevent this. But, it's still a nerve wrecking thought to think about.

On a brighter side, we've seen humans interfaced with AI can out-perform AI. This is something I support and I see the future being this way.

👩‍🌾 Farmbot - Small robot that does everything apart from harvesting

Farmbot is the smallest farming bot I've seen yet.

The only thing it needs to do next is to harvest. We've seen bots of this size in the past capable of harvesting.

The bot is pricy at $800, but this will get cheaper over time.

This software lets you add objects, or remove objects from images.

Think that image of a cathedral could do with a larger door? Just add it in. Want to remove the road for some grass? You can do that too.

The idea of adding and removing things has existed in photography for years. I'm excited to see a future where we can import AI to help edit our photos.

Or the top of the glasses focuses on far distances, the bottom half focus on short distance.

These glasses (which are basically headsets) auto-focus.

🐄 We can breed climate-friendly livestock

Livestock are responsible for 14.5% of global greenhouse gas emissions, with the majority being caused by flatulent, belching cattle.

Previously, researchers have looked at editing their diet by adding seaweed to reduce these emissions.

It is possible to edit the genes of cows and breed cows in such a way that they reduce their gas emissions. However, this could take many years and I'm not really a fan of the idea of editing an animals genes to solve a problem that humans caused.

🌑 On bringing the internet to the planets

NASA has been developing a protocol called Delay/Disruption-Tolerant Network (DTN) that could link spacecraft, rovers, and landers all over the solar system to Earth.

The end goal is to "do what the internet did to the Earth to the solar system".

🐛 Success in mapping every neuron in a worm, a breakthrough in neuroscience

Mapping neurons is vital. In AI, mapping a full neural network is a giant step forward to creating AI that can think the same as humans.

It can also be used to understanding how malfunctions in neurons can lead to mental illnesses.

This is incredibly exciting. While we understand worms now, the end goal is, of course, humans. We have a long way to go before we reach that stage.

📚 Ebooks purschased from Microsoft will be deleted

Microsoft is shutting down it's e-book service. Meaning that any books brought on the platform will be deleted. Ebooks are an interesting thing.

You can edit them after the user has brought them. You can delete them at will. The user likely won't be able to back them up or give them to friends.

When you move from a physical platform that you own to another platform - virtual - it's important to remember that you do not own the virtual platform. You merely rent what's on the platform from the people that do own it.

Karateka 🥋, Writer 📕, Reader 📚, Dog Lover 🐶 If you like my articles, consider subscribing to me via email ✨ https://page.skerritt.blog/main-signup/

5 reasons to use Golang