It had been a year and half since I took my first real job after graduating from college and I had officially quit. It was an extremely hard decision but I knew it was the only decision that was right for me. I had invested 5 long years in school, fighting tooth and nail to get a Mechanical Engineering degree and just like that, It was all over. All because I had come to the "preposterous" conclusion that I wanted to be a Game Developer and wanted to pursue those aspirations full-time.

See, I had always been a gamer since I was a kid and had always been a creative. School growing up was tough at times, but if I ever had an opportunity to do a creative project or make a presentation, It was a guaranteed "A" for me. I truly shined in the moments where I had freedom to be myself and do whatever was on my heart. While growing up I was either trying to learn how to draw anime, making music in Fruity Loops Studio, or randomly recording my own one-man radio shows and crafting up elaborate movie storylines in my head. I always have to thank my family for just letting me "be me". Ask them! I was a tad bit crazy! 😅 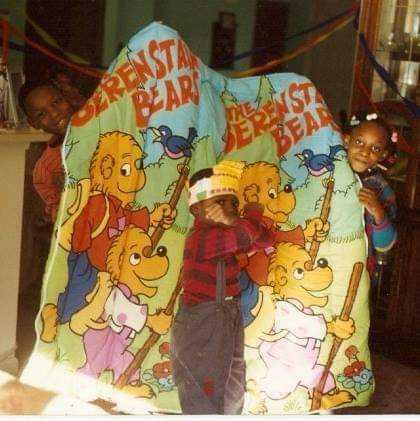 Me Celebrating the ultimate gift a boy could EVER receive! A Berenstain Bears Sleeping Bag! Yea, I was always a bit extra!

I was a born-and-breed creative but my engineering job at the time was not giving me that outlet to express myself. And by pure coincidence, I had stumbled into the world of game development while working there.

It was definitely a deliberate effort to find a new career as I worked at my engineering job (as I felt wholly dissatisfied) but it wasn't my goal to necessarily pursue a "creative" passion of sorts. It just so happened that as I was looking at alternatives to my current career pursuits, I discovered the depth of career opportunities within the gaming industry and was inspired to pursue that path. I was so Inspired, that in the Spring 2012 I travelled all by myself from my home in Atlanta, Georgia to San Francisco to attend the Game Developers Conference or GDC. This was not only my first time taking a flight alone but also the first time I had ever been on the West coast. 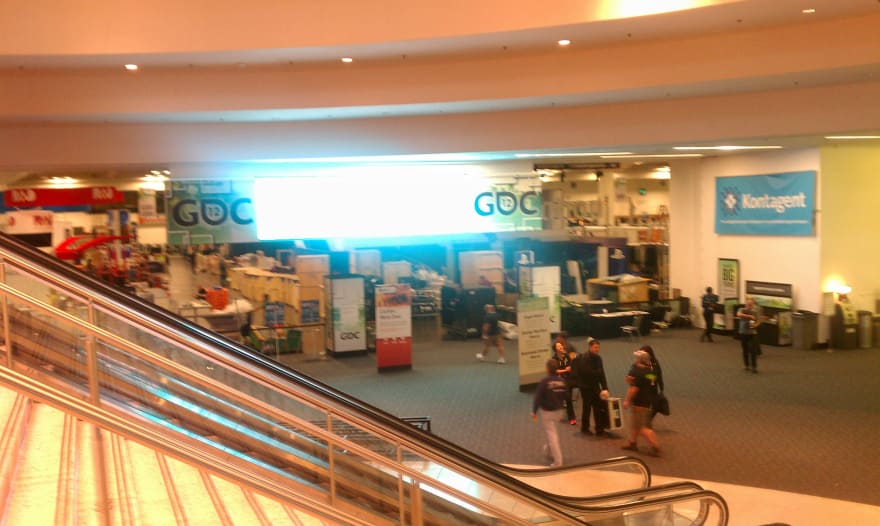 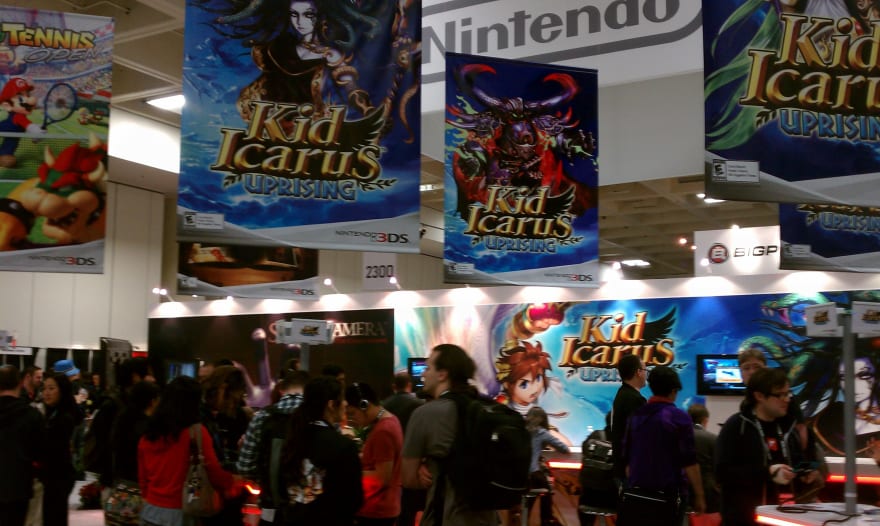 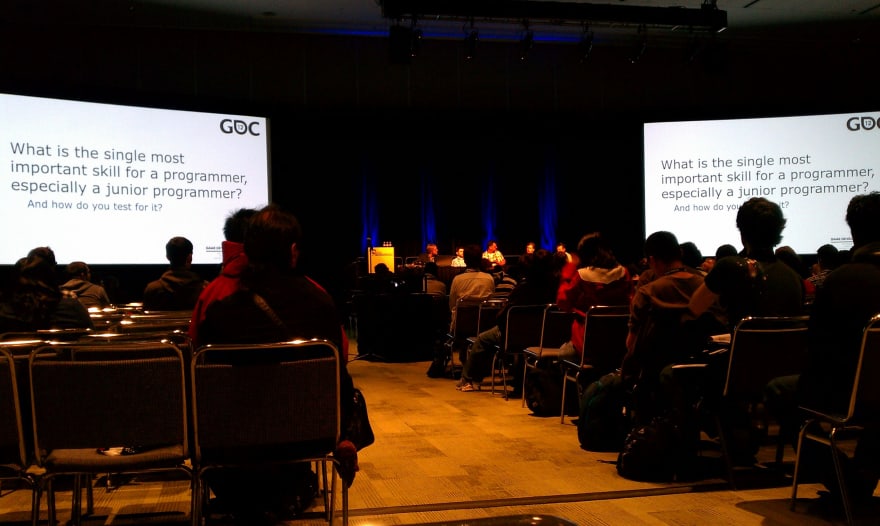 That trip changed EVERYTHING.

I can still remember the feeling of being there those three days. The buzz of energy, the cacophony of sounds being created by games being played all over the Mascone Center, and the feeling that I was finally home. 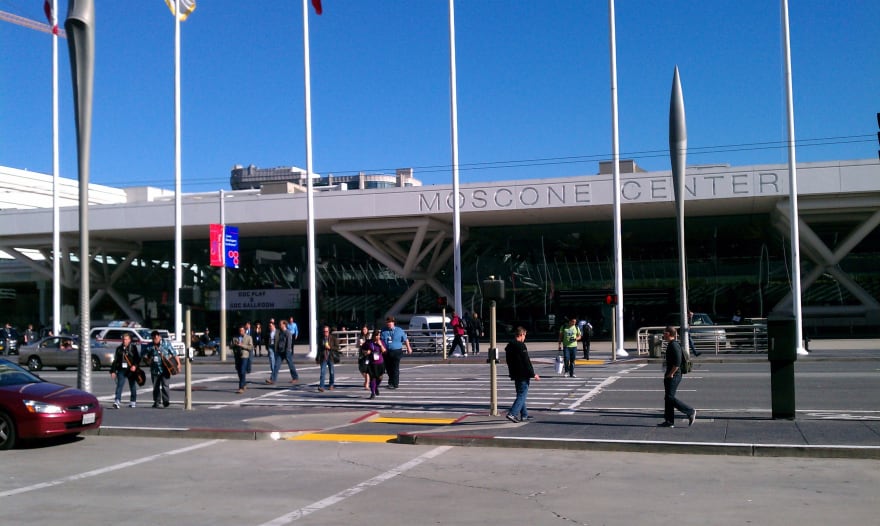 What I didn't realize in that moment was that GDC was giving me the courage to bet on myself. It showed me that there was a path to finding a career in any industry that I enjoyed that could tap into my gift of creativity. I knew in that moment, I had to make a change. And a year later, I had quit my job and was working full-time in Game Development. 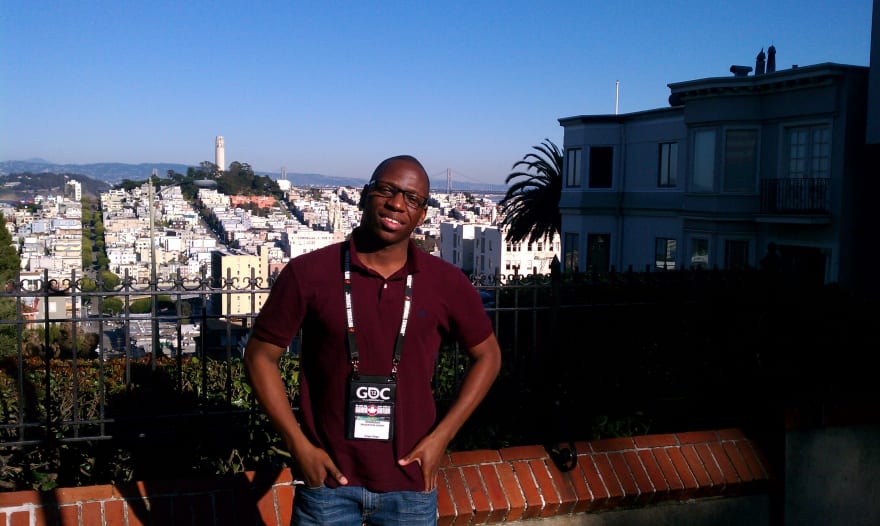 The path I pursued was wrought with failure, disappointment, and rejection. With every personal victory came an equally powerful defeat.

A great example of this truth was that about 9 months after leaving my job, I went all in and decided to create a full-commercial mobile game that I would release on the Google Play Store. It was an immense amount of work and because I never had any savings and I was still struggling to survive while paying off student loans, I turned to kickstarter for help. I launched a campaign for my game titled Follow Me and was successfully able to raise the funds I needed to complete the game. 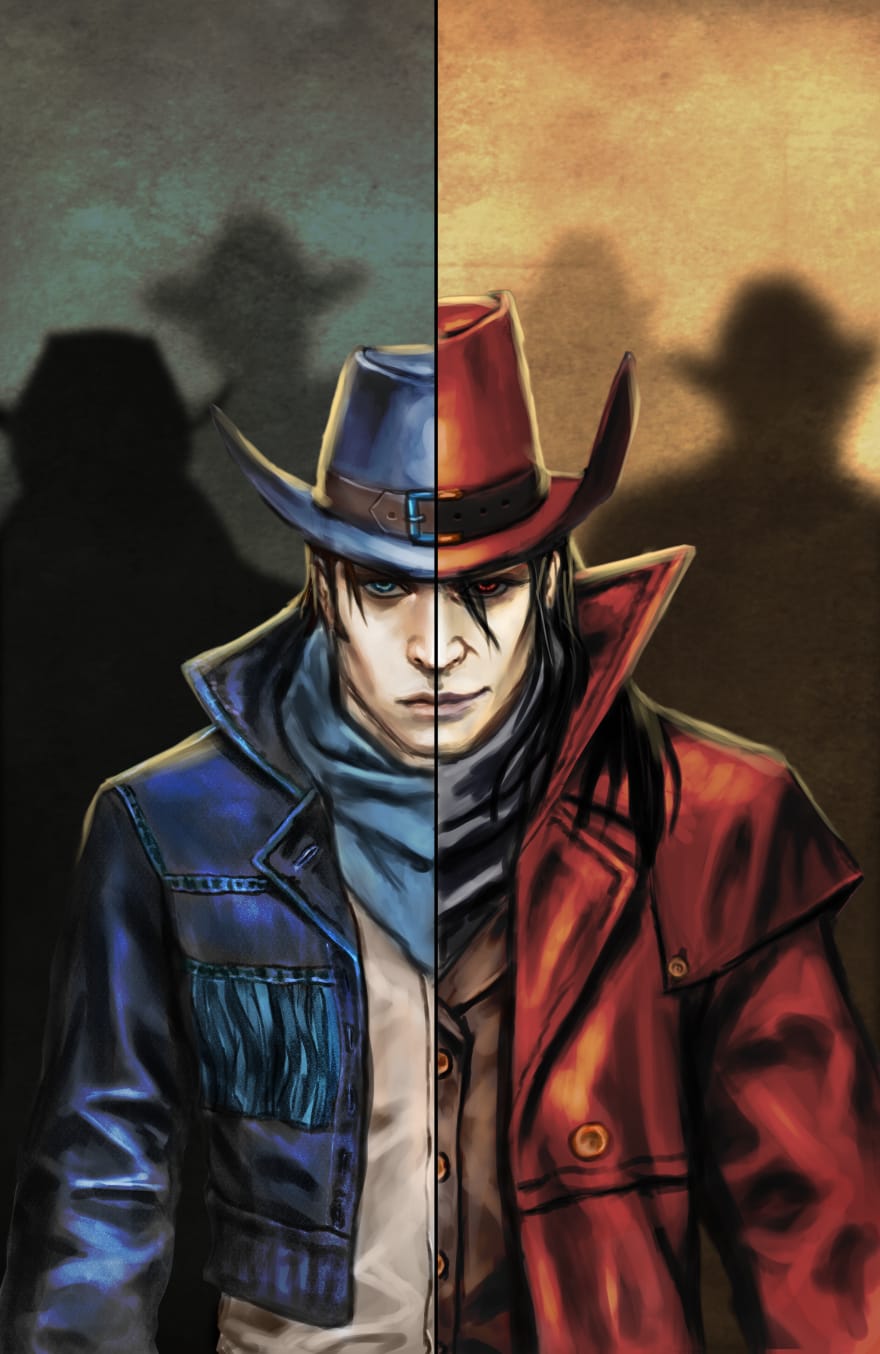 But with that victory, came a quick and sound defeat.

Though I had successfully Kickstarted this game and successfully published it to the Google Play Store, it was not at all a commercial or financial success. This game, along with the two other games I released to the Play Store, netted me almost no profit; forcing me to make a tough decision.... The decision that I had to get a "real" job. 😬

In one year, my hopes and dreams seemed to have been shattered. Though I was able to live with my parents for that period of time, I was struggling financially and was becoming a burden on my parents. So I reluctantly decided I would pursue a job in engineering again and defer my goals...

But as fortune would have it, during that past year, I had found a mentor, Jonathan, through my local church and I had begun working with him on some creative projects. Jonathan didn't live in my state and he couldn't pay me but he was a huge moral support and inspiration on my journey. And to keep a long story "less long", right as I felt that I was going to have to give up on my dream, Jonathan offered me the opportunity to move from my home state of Georgia to the deep south, Louisiana, and work with him. He told me he couldn't pay me but he would help me find a job there (which he did), and we would continue to work together on creative projects and see where it took us.

Well, I took him up on his offer, loaded up my whole life into my 2-door sedan (which I was able to buy while working my previous engineering job) and moved to Baton Rouge, Louisiana. 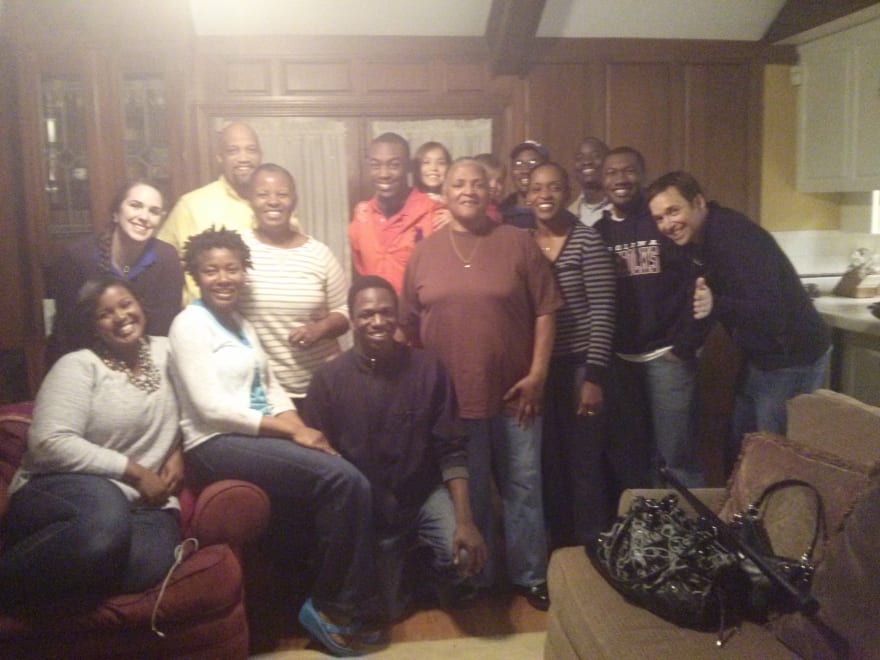 Picture from my first day coming to Baton Rouge. Friends from church and Jonathan, my mentor (far right)

In a year-and-a-half of me living in Baton Rouge my whole life changed. In that time I had worked at Starbucks, taught Excel classes at LSU, lost so much weight from barely eating that I looked like Skeletor, and been fighting through a pre-existing medical condition that was destroying my spirit.... BUT I was blessed and landed a job that would completely change everything. In June of 2015, I was hired on as an entry-level Mobile Developer at IBM and... the rest is history! 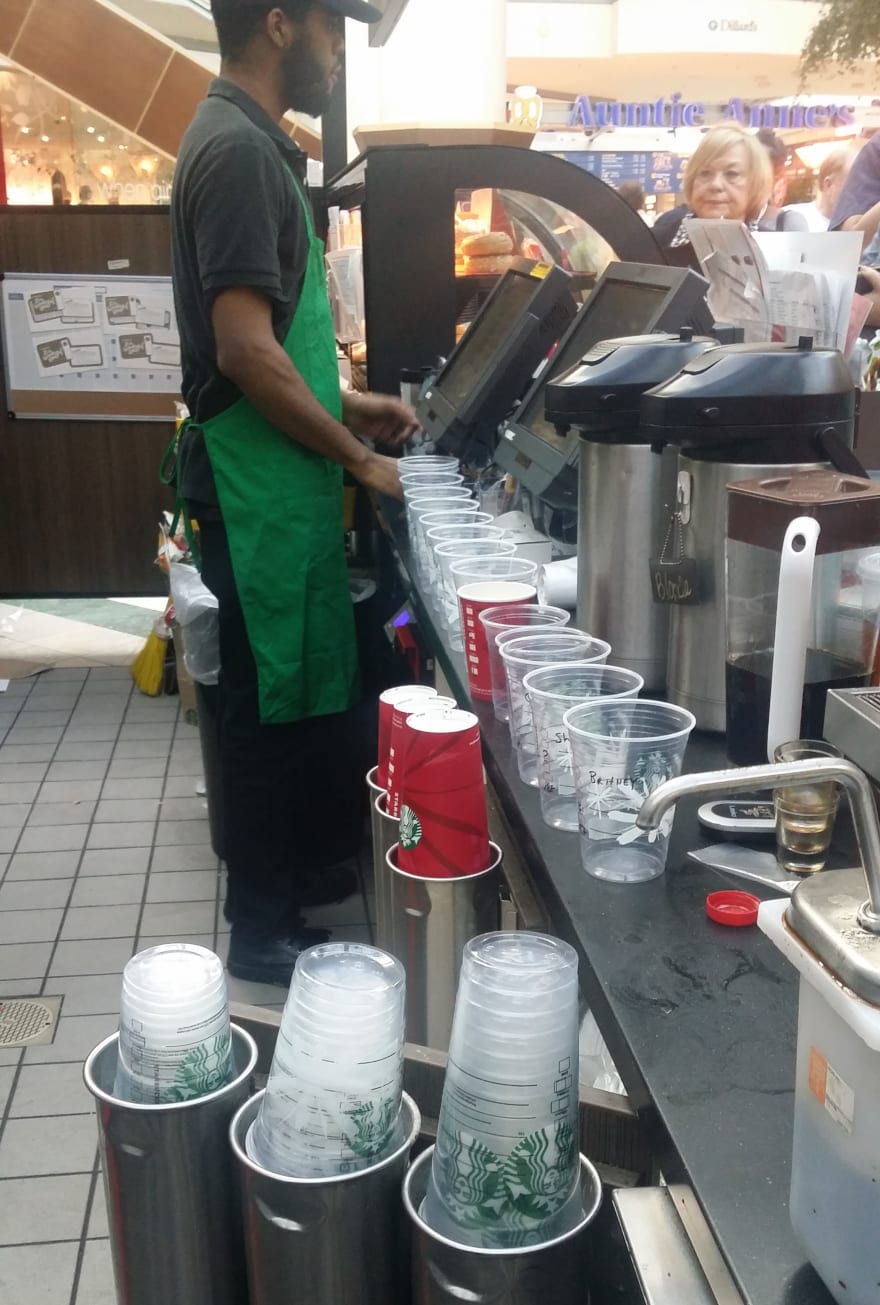 The struggle was real at Starbucks. This is what a typical Saturday looked like where I worked. Look at the number of drinks I had to make that were in the queue! 😱 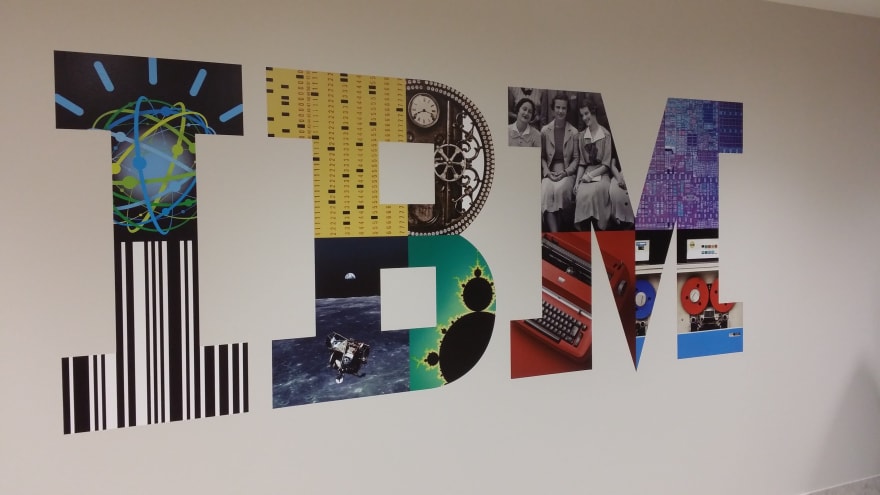 Picture from my first day at the IBM Center in Baton Rouge, Louisiana, where it all began.

One thing to be aware of is that in the year and half of me moving to Baton Rouge and before getting my job at IBM, I had became really focused on becoming a programmer. I had found, purely through necessity, that all my game development experience had made me into a competent coder. All the challenges I had encountered making the three games that I had release and the countless game prototypes I had created, taught me three core fundamentals that I would later need in "real-world" development..

And those three things prepared me more than I would have ever understood for the role I took at IBM.

In the convening years of working at IBM, I learned soooo much and became a pursuer of technical knowledge and understanding. In my first two years at IBM, I was promoted 4 times culminating with me becoming a manager of about 10 mobile developers. At the same time, I had found new mentors through work colleagues and managers who helped me immensely in navigating my career and helped me believe that I could truly grow.

After a year as a manager (and a developer) at IBM, I ended up taking a role at a start-up in the Baton Rouge-area where I spent about a year-and-half. In that time, I was promoted to Senior Engineer and eventually left to come back to IBM where I continued working as a Senior Engineer before transitioning into my current role as a IBM Developer Advocate.

It's definitely been quite a journey but in every way I feel that it was all worth it. The highs, the lows, the victories and defeats have brought me to this point and I wouldn't change one single thing. And without a doubt, the best decisions in my life have come from me betting on myself. Not just accepting what life threw at me but putting it all on the line and believing that if I work hard and do my personal best, that I will be able to achieve something worthwhile. Thought it took time, I 110% feel that has come true for me and that I have been truly blessed through it all.

And you may be wondering to yourself, what happened to your original dream of becoming a game developer; my aspiration of working in that wonderful world that I had seen all those years ago...

Well that dream is more than alive. If there is one thing that has been consistent in my life since the fateful day in February 2013, it's game development. Sometimes I may not have as much time to give to it as other times, but I am ALWAYS working on some game project with my good friend and fellow IBMer, Kyle Smith; Testing out new mechanics, participating in Game Jams or just building ideas and concepts for that game that we really believe will change the world 😎. Honestly, game dev for me has never stopped. 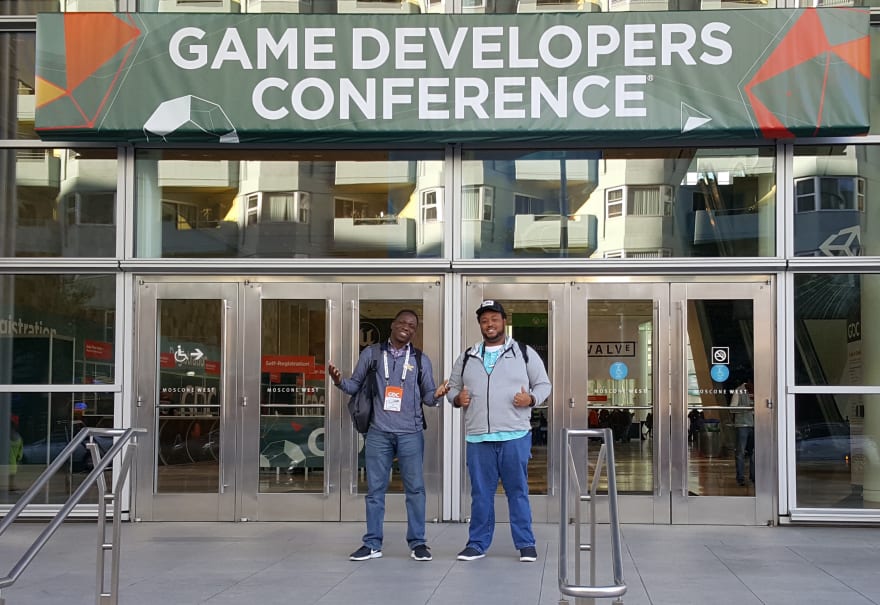 With all that being said, I would encourage anyone pursuing a goal or is looking to accomplish a dream that has been etched into their heart, to not give up. To never let the world or society convince you that you can't accomplish those things. To bet on yourself, to work hard, and do the best that You can do.

Know that you are not alone on that path and that you have at least on other person on that journey alongside you.

All the best on your future endeavors,

Bradston Henry
I'm a IBM Developer Advocate with over 7+ years of development and industry experience.
Seven Months Later: My Developer Advocacy Journey So Far
#career #gamedev #devrel
Hard Career Decisions: The Time I Left A Good Job For a Great Reason
#career #inspiration
Why You Aren't Getting That Development Promotion?
#career #motivation #discuss