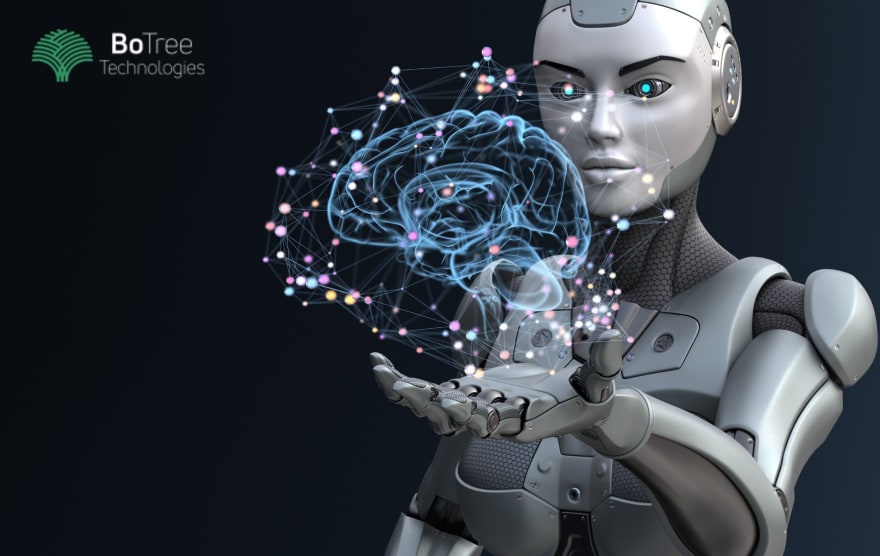 RPA and AI are now one of the most talked-about technologies. They drive growth in the enterprises by reducing costs, minimizing human dependencies, and increasing the efficiency of organizations.

Robotic Process Automation(RPA) involves bots that mimic human actions. But is that the same as AI? No. Artificial Intelligence(AI) relates to algorithms that imitate human behaviour. The difference lies in the actions and behaviour part, which makes RPA more of an action-oriented technology and AI a decision-oriented technology.

But when you embark on your digital transformation journey, you may face the following question –

“Should you consider RPA implementation or Artificial Intelligence(AI) systems?”

Let’s have a closer look at what separate RPA and AI and how both can help you in achieving digital transformation for your enterprise.

Robotic Process Automation(RPA): The Role in your Enterprise

Robotic Process Automation(RPA) involves the use of software bots to automate repetitive, mundane, and routine business processes. From data entry in excel sheets to logging in, RPA software can help enterprises to automate every task that requires performing the same action every single time.

The most significant difference between Automation and Artificial Intelligence is that RPA supports digital transformation like AI, but doesn’t learn from the repetitions.

RPA bots continuously perform one task, and unlike Artificial Intelligence(AI), which learns by itself from the environment, Robotic Process Automation(RPA) is restricted to completing predetermined tasks.

RPA software is used to build rule-based bots that are programmed to do a particular task. For example, if you program an RPA bot to extract data from pdf files based on a simple rule, it will keep on doing that task until a specific parameter to stop is entered.

But how do you determine which processes to automate in your organization? This article gives you the three primary steps through which you can perfectly identify the processes that need automation.

The post Robotic Process Automation(RPA) or AI – What will Benefit Your Organization the most appeared first on BoTree Technologies.

How are we structuring Front End at Helixa

How to automate tasks management, and not to forget about that f*****g task.

Show off your Test Automation Skills!