Ch3. Interactions with other changes

Git is pretty straightforward until we start working with others. 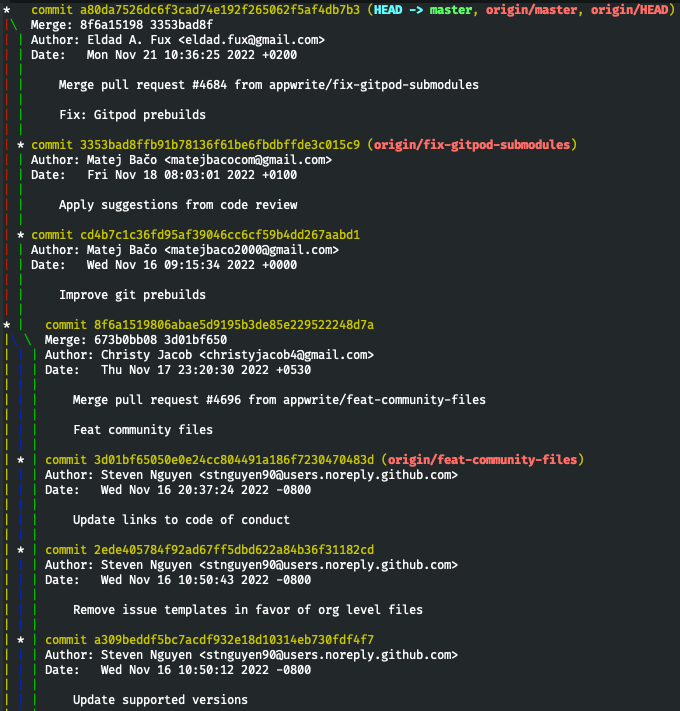 Like you see, it doesn't take long for the git history to start confusing when multiple people are involved. The common scenario we encounter is merge conflicts , which means your changes to the target branch is conflicting. Without resolving it, you cannot merge it. So let's see how to resolve the them with an example.

=== is the divider between current branch and master in this example.

You are good to go! You can do this quickly if you know - which branch you are taking clearly. For example, if you you want to take all changes from master, you can simply run git merge -X theirs master. Be careful about the relative term theirs. The opposite is git merge -X ours master.

Now you learn about merge issues and how to resolve them. You level up once again! For more useful content, follow me @bitethecode or on Github!

Once suspended, bitethecode will not be able to comment or publish posts until their suspension is removed.

Once unsuspended, bitethecode will be able to comment and publish posts again.

Once unpublished, all posts by bitethecode will become hidden and only accessible to themselves.

If bitethecode is not suspended, they can still re-publish their posts from their dashboard.

Once unpublished, this post will become invisible to the public and only accessible to Joonhyeok Ahn (Joon).

Thanks for keeping DEV Community 👩‍💻👨‍💻 safe. Here is what you can do to flag bitethecode:

Unflagging bitethecode will restore default visibility to their posts.