Information is power. And those who control the narrative have all the power in the world. In recent years, we’ve seen the interconnectedness of our digital communities lead to the weaponization of misinformation.

The obvious example of that was the Jan 6, 2021 insurrection in which a departing president incited an attempted coup in a pathetic attempt to remain in power and relevant. He did this via Twitter.

Fortunately, he’s since been de-platformed, but the right-wing has squadrons of misinformation lieutenants regularly attempting to spin current events, gaslight the nation, and control the minds of their army of followers. One example is Nikki Haley with her take on “we’ve always been at war with Eastasia.” 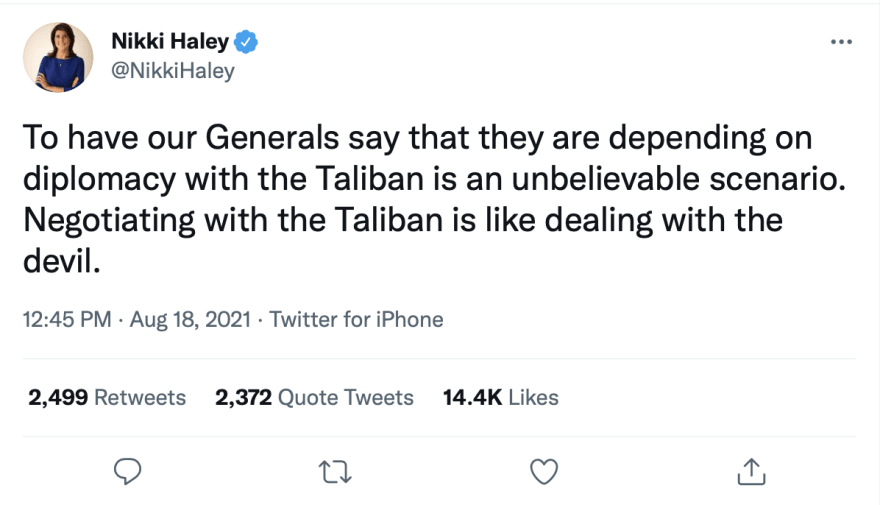 It’s trivial for someone who cares about reality to research Ms. Haley’s position and discover that it’s precisely the opposite of what she trumpeted during the blunders of the last administration. But what of the thousands who take their Republican misinformation spoon-fed? Simply replying with a correction or more context often gets buried in the comments.

I have lots of beefs with Twitter’s role in this information war, but at least they’re finally trying. They’ve recently unveiled a beta test of a new platform called Birdwatch. This allows a diverse community of fact-checkers to add annotations directly to the tweet to help combat misleading information. While the jury is still out on whether this platform can prevent gaming the system, it’s certainly a step in the right direction.

To Birdwatch contributors, that same tweet now has an annotation attached which defangs the gaslight attempt. 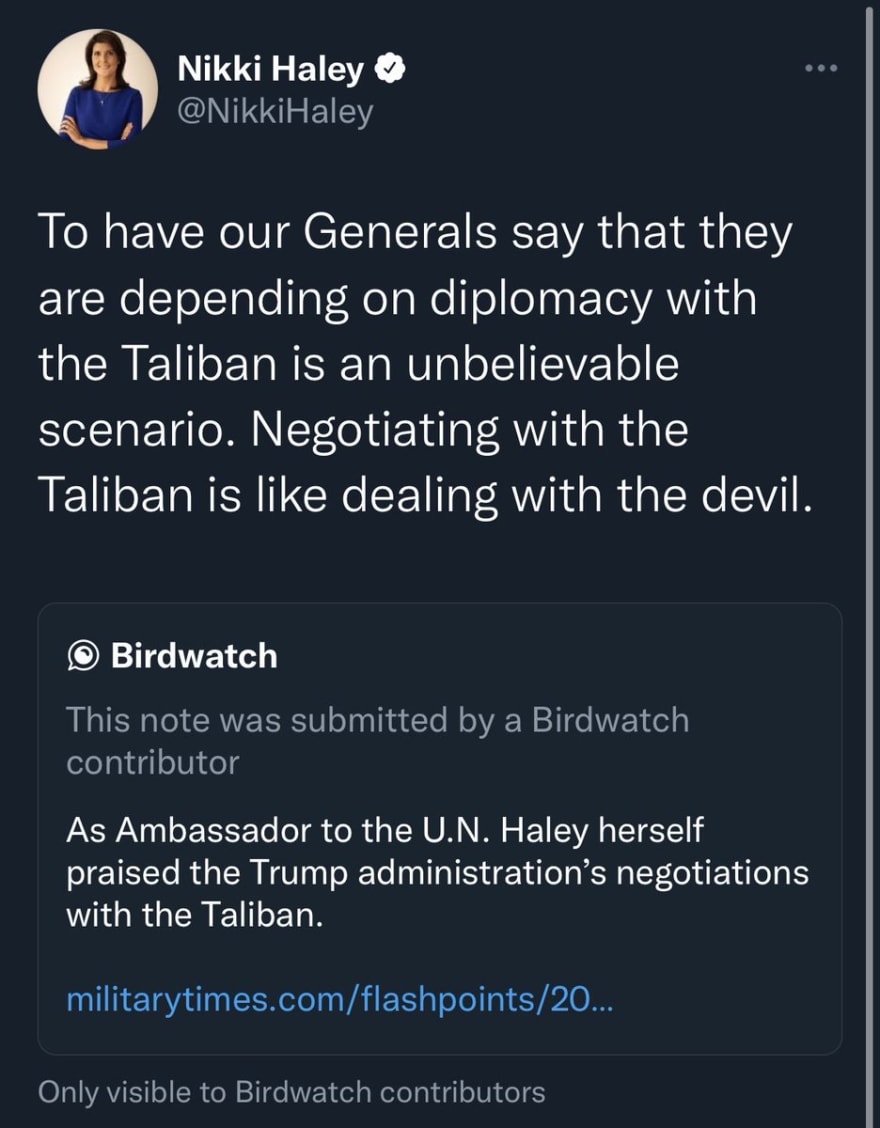 The rest of us have to settle for looking up the tweet on the Birdwatch site. This carefully metered rollout is critical to ensure that the algorithms and the community and the moderation strategies deliver accurate results and are resistant to bad actors, but it’s frustrating to have to look up context on a different site.

To make that a little easier, I wrote a little Javascript snippet to redirect you to the Birdwatch version of a tweet. Add to your bookmarks and click it while viewing any tweet to see if any notes have been added to it. Dev.to restricts Javascript links, so see the original post on my personal blog to install the bookmarklet.

This does not address the problem of halting the spread of misinformation to who gobble it down like candy, or to those who don’t care enough to look it up and let themselves be passively manipulated. But it can help you more easily fact-check tweets yourself, so that you may be more informed in ongoing discussions on the topic.

Let’s just hope that the experiment is successful and this new feature gets rolled out to all Twitter users soon.

Need a hug? There's a bot for that!