Linux is a Unix-based free and open-source operating system. Because of its security and versatility, Linux has gotten a lot of attention lately and is widely utilised. We'll go over some of the top Linux Distros, also known as Linux Distributions, in this blog. Linux distros are operating systems that use the Linux kernel as their foundation.
Linux Mint:
Linux Mint is a popular distribution of Linux based on Ubuntu and Debian. It is a community-driven free and open-source Linux distribution providing a huge number of packages. It is easy to use with an interactive User Interface. In October 2012, Linux Format titled Linux Mint as the best distribution of 2012. It was first released as a beta version 1.0 called 'Ada' in 2006. 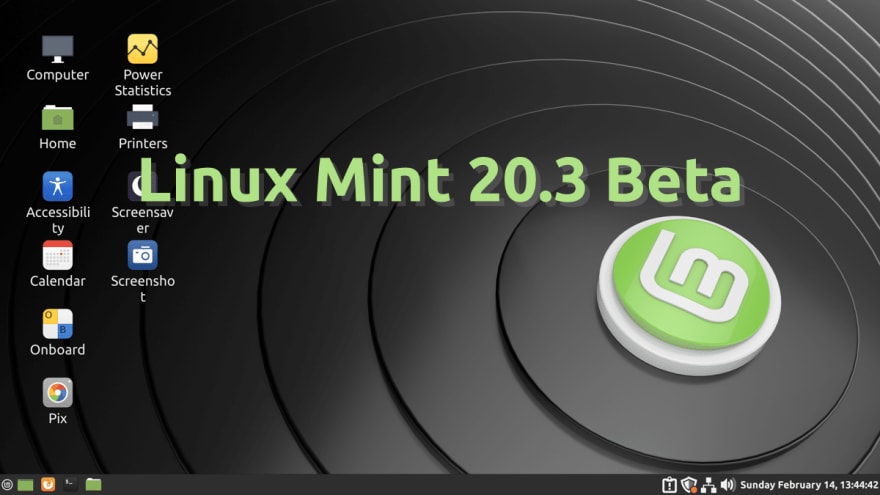 Ubuntu:
This is one of the most commonly used Linux distributions. It is frequently chosen among Linux newcomers because of its user-friendly interface and aesthetics. It is compatible with not only PCs, but also tablets and cellphones. Many other Linux distributions, such as Lubuntu 20.04 LTS, Kubuntu 20.04, and Linux Mint 20.04 LTS, use Ubuntu as a base (Ulyana). Every six months, it provides updated versions with security and bug patches. 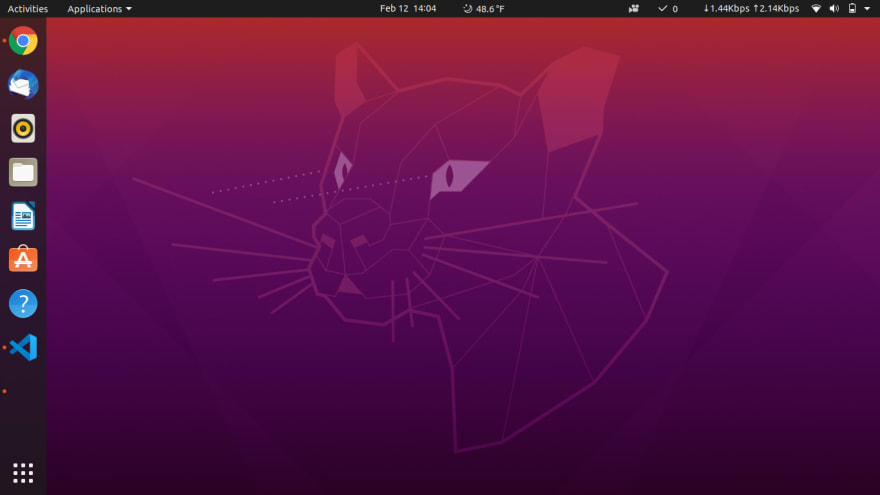 Pop_OS! from System76
System 76's Pop OS! is a Linux distribution with a customised GNOME desktop. It was originally released in October 2017 after only a few months of development. Pop OS! also includes a number of pre-installed applications such as Geary, LibreOffice, and Firefox, with additional software available through APT, Pop OS's package manager. 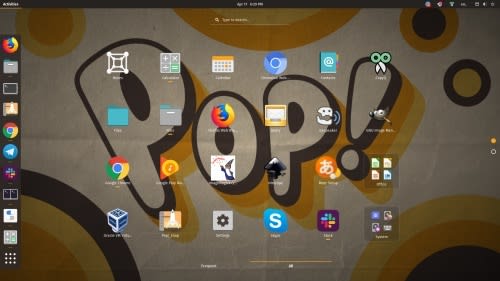 MX Linux:
MX Linux is a popular Linux distribution based on Debian. It was initially launched in March 2014 and is designed to be user-friendly for both beginning and advanced Linux users. Its development began with a discussion inside the MEPIS community, which was later joined by antiX. MX Linux comes with several basic utilities, such as a graphic installer, a GUI-based mechanism for changing the Linux kernel, MX-snapshot, and so on. 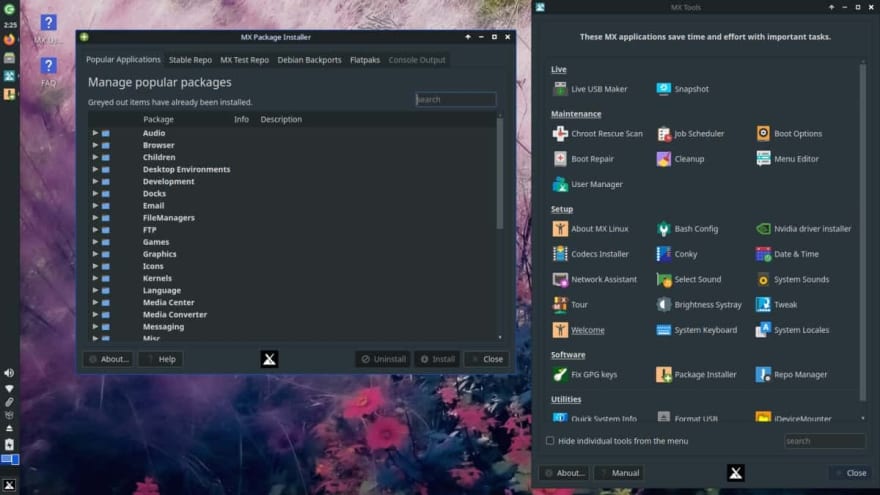 Elementary OS:
Elementary OS is a Linux distribution developed and maintained by Elementary, Inc. that is based on Ubuntu LTS. It includes Pantheon, a unique desktop environment, as well as numerous custom programmes such as Photos, Music, Videos, Calendar, Terminal, Files, and more. It also includes some well-known applications, such as the Epiphany web browser and a branch of Geary mail. According to Elementary OS, it is a quick, open, and privacy-conscious alternative to Windows and macOS. 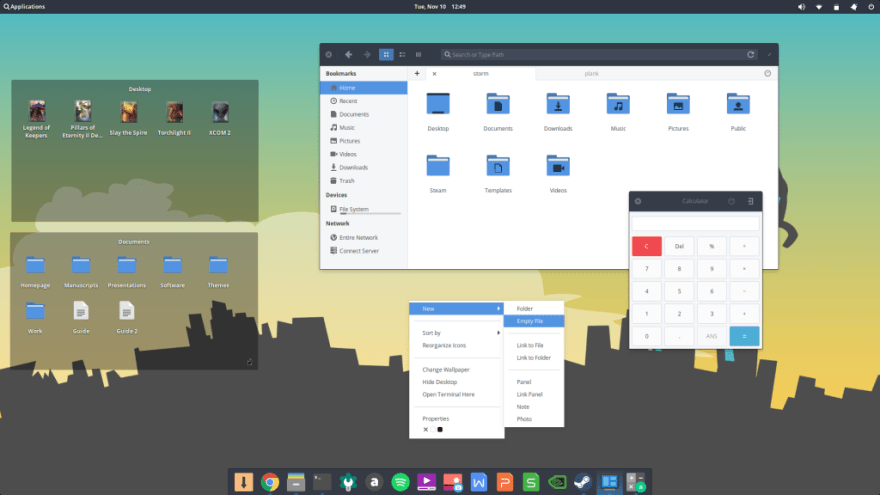 Fedora:
Fedora is created by the Fedora Project, which is supported by Red Hat. It's one of the most user-friendly distributions out there. GNOME is Fedora's default desktop environment, and the GNOME Shell is the default user interface, but other desktop environments are also available and can be installed. Fedora comes with a variety of software pre-loaded, and additional software can be installed using the DNF package manager. When Red Hat Enterprise Linux was discontinued in 2003, Fedora Linux was released. 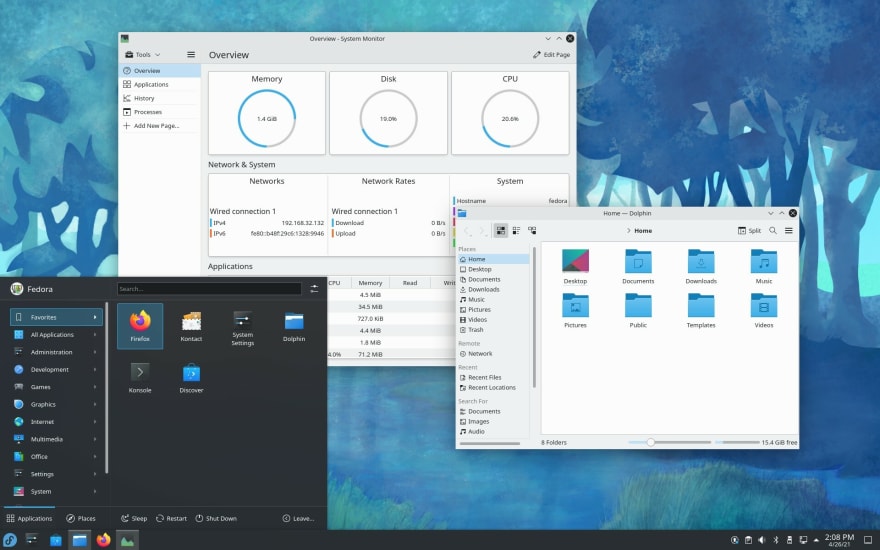 Zorin:
Zorin is an Ubuntu-based Linux distribution. It includes a simple graphical user interface (GUI) and programmes that are comparable to those found in Windows, and it was created with beginners transitioning from Windows to Linux in mind. It allows customers to utilise Windows software that is compatible with it for a smooth transition. Zorin OS Company, based in Dublin, was founded in 2009 and is written in C, C++, Python, D, and Java.

Deepin
Deepin Linux is also known as Linux. Deepin and Hiweed Linux is a Debian-based operating system. DDE, the Deepin Desktop Environment, is its own desktop environment. Wuhan Deepin Technology in Wuhan, China, created and maintains it. As a result, Chinese people are the ones who use it the most. It was first launched in February 2004, and Wuhan Deepin Technology later joined the Linux Foundation in 2015. 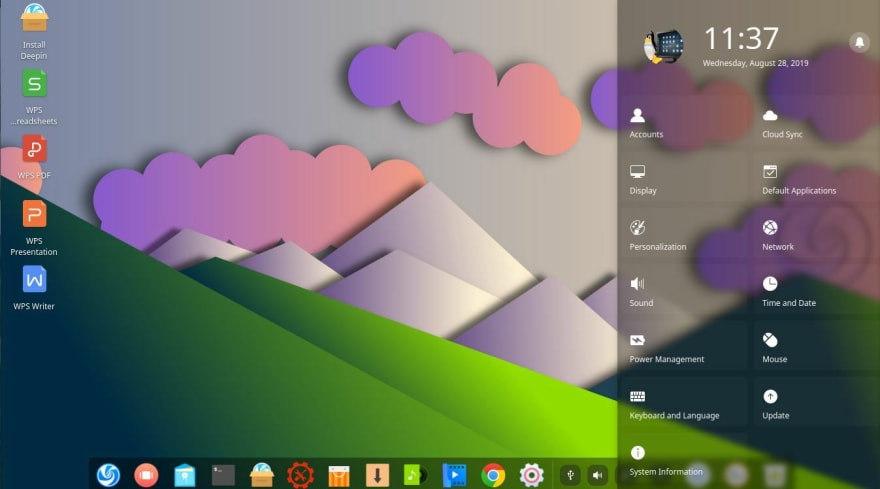 Solus:
Solus is a Linux kernel-based operating system. It was previously known as Evolve OS. It is designed for usage on personal computers and in private. It makes no particular claims about software support for corporate and server environments. Version 1.0 of Solus was released in December 2015. It's reliable, simple to use, and appears to contain a large variety of the most recent software in its own repositories. Budgie, GNOME, KDE Plasma, and MATE are among the desktop environments available. Solus is only compatible with 64-bit PCs. 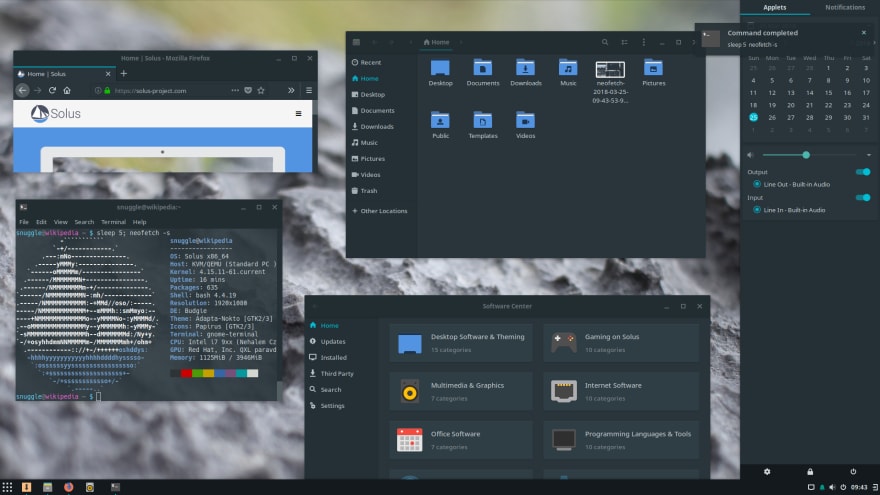 Manjaro:
Manjaro Linux is based on the Arch Linux operating system. It uses the Pacman package manager to allow the installation of software and programmes. Manjaro uses the GNOME desktop environment, and while it can be installed on any computer, some manufacturers sell their products with Manjaro already installed. 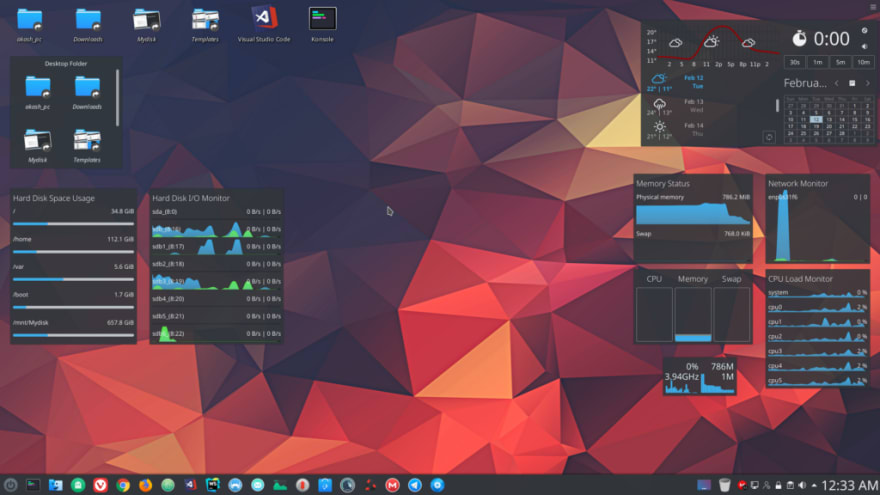 Time-machine backup with your home server.

Once suspended, bilalniaz15 will not be able to comment or publish posts until their suspension is removed.

Once unsuspended, bilalniaz15 will be able to comment and publish posts again.

Once unpublished, all posts by bilalniaz15 will become hidden and only accessible to themselves.

If bilalniaz15 is not suspended, they can still re-publish their posts from their dashboard.

Once unpublished, this post will become invisible to the public and only accessible to Bilal Niaz .

Thanks for keeping DEV Community safe. Here is what you can do to flag bilalniaz15:

Unflagging bilalniaz15 will restore default visibility to their posts.