Component-based UI is all the rage these days. Did you know that the web has its own native component module that doesn't require the use of any libraries? True story! You can write, publish, and reuse single-file components that will work in any* good browser and in any framework (if that's your bag).

In our last post, we took a look at gluon and how it gives you just enough library support to build components quickly without too much extra. 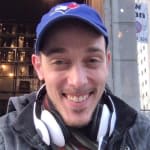 It's been awhile since our last installment (for reasons which I promise have nothing to do with Breath of the Wild or Hollow Knight), but once you see what we have in store, I think you'll agree it was worth the wait. Today, we're examining our most unusual and (in my humble opinion) interesting web component library to date - Hybrids. Get ready to get functional as we define and compose components from simple objects, and register them only as needed.

As is our custom, we'll get a feeling for Hybrids by reimplementing our running example - a lazy-loading image element. Before we dive in to the practicalities, though, let's briefly check out some of hybrids unique features.

Unlike all the libraries we've seen so far, Hybrids doesn't deal in typical custom-element classes. Instead of extending from HTMLElement or some superclass thereof, you define your components in terms of POJOs:

With Hybrids, you define your elements via a library function, instead of using the built-in browser facilities:

That's a fair sight more concise than the vanilla version!

What's more, since the element definition is a simple object, it's much easier to modify elements through composition rather than inheritance:

But you probably want to write a component that has more to it than "Hello World". So how do we manage the state of our hybrids components? Let's bring back our running example <lazy-image> element for a slightly more dynamic usage.

Since hybrids has its own highly idiosyncratic approach to custom elements, our rewrite of <lazy-image> will involve more than just shuffling a few class getters, so let's take it piece-by-piece, starting with the element's template.

We'll define our element's shadow children in a property called (aptly enough) render, which is a unary function that takes the host element (i.e. the element into which we are rendering) as its argument.

If you joined us for our posts on lit-element and Gluon, you'll notice a few similarities and a few glaring differences to our previous <lazy-image> implementations.

Like LitElement and GluonElement, hybrids use an html template literal tag function to generate their template objects. You can interpolate data into your template's children or their properties, map over arrays with template returning functions and compose templates together, just like we've seen previously. Indeed, on the surface hybrids and lit-html look very similar. But beware - here be dragons. While hybrids' templating system is inspired by libraries like lit-html and hyper-html, it's not the same thing. You can read more about the specific differences to lit-html at hybrids' templating system docs. For our purposes, we need to keep two big differences from lit-html in mind:

Since Hybrids emphasizes pure functions, we can extract the onLoad handler to the root of the module. Even though its body references the element itself, there's no this binding to worry about! We could easily unit test this handler without instantiating our element at all. Score!

In our previous implementations, we used a loaded attribute on the host element to style the image and placeholder, so why are we using class on them now?

Hybrids takes a strongly opinionated stance against the use of attributes in elements' APIs. Therefore, there's no way to explicitly bind to an attribute of an element in templates. So how did we bind to the aria-hidden attribute above?

When you bind some value bar to some property foo (by setting <some-el foo="${bar}"> in the template), Hybrids checks to see if a property with that name exists on the element's prototype. If it does, hybrids assigns the value using =. If, however, that property doesn't exist in the element prototype, Hybrids sets the attribute using setAttribute. The only way to guarantee an attribute binding is to explicitly bind a string as attribute value i.e. <some-el foo="bar"> or <some-el foo="bar ${baz}">.

Because of this, it also makes sense in Hybrids-land to not reflect properties to attributes either (In the section on factories we'll discuss an alternative that would let us do this). So instead of keying our styles off of a host attribute, we'll just pass a class and do it that way:

Binding to class and style

Since the class attribute maps to the classList property, hybrids handles that attribute differently. You can pass a string, an array, or an object with boolean values to a class binding.

So the following are equivalent:

Binding to style is best avoided whenever possible by adding a style tag to the element's shadow root, but if you need to bind to the element's style attribute (e.g. you have dynamically updating styles that can't be served by classes), you can pass in the sort of css-in-js objects that have become de rigueur in many developer circles:

If we would define our element with the LazyImage object above, it wouldn't be very useful. Hybrids will only call render when one of the element's observed properties is set. In order to define those observed properties, we need to add property descriptors to our object, which are simply keys with any name other than render.

In this example, we're describing each property as simple static scalar values. In cases like that, Hybrids will initialize our element with those values, then call render whenever they are set*. Super effective, but kinda boring, right? To add our lazy-loading secret-sauce, let's define a more sophisticated descriptor for the intersecting property.

Descriptors with real self-confidence are objects that have functions at one or more of three keys: get, set, and connect. Each of those functions take host as their first argument, much like the onLoad event listener we defined in our template above.

The get function will run, unsurprisingly, whenever the property is read. You can set up some logic to compute the property here if you like. Avoid side effects if you can, but if you need to read the previous value in order to calculate the next one, you can pass it as the second argument to the function.

Hybrids will check if the current value of the property is different than the value returned from get, and if it isn't, it won't run effects (e.g. calling render). Reference types like Object and Array are checked with simple equivalency, so you should use immutable data techniques to ensure your element re-renders.

If you need to manipulate a value when it is assigned or even (gasp!) perform side-effects, you can do that with set, which takes the host, the new value, and the last value.

So far hybrids has done away with classes and this bindings, but we're not done yet. The next victims on hybrids' chopping block are lifecycle callbacks. If there's any work you want to do when your element is created or destroyed, you can do it on a per-property basis in the connect function.

In <hybrids-lazy-image>, we'll use connect to set up our intersection observer.

It would be tedious to have to write descriptors of the same style for every property, so hybrids recommends the use of 'factories' to abstract away that sort of repetition.

In this particular case the win is fairly shallow, we're just black-boxing the descriptor. Factories really shine when you use them to define reusable logic for properties.

For example, even though hybrids strongly recommends against the use of attributes, we may indeed want to our elements to reflect property values as attributes, like many built-in elements do, and like the TAG guidelines recommend. For those cases, we could write a reflect factory for our properties:

Factories are one of hybrids' most powerful patterns. You can use them, for example, to create data provider element decorators that use the hybrids cache as state store. See the parent factory for examples.

Hybrids is a unique, modern, and opinionated web-component authoring library. It brings enticing features like immutable data patterns, emphasis on pure functions, and easy composability to the table for functionally-minded component authors. With a balanced combination of patterns from the functional-UI world and good-old-fashioned OOP, and leveraging the standards to improve performance and user experience, it's worth giving a shot in your next project.

The simplest way to create web components from plain objects and pure functions! 💯

hybrids is a UI library for creating web components with unique declarative and functional approach based on plain objects and pure functions.

Add the hybrids npm package to your application, import required features, and define your custom element:

Would you like a one-on-one mentoring session on any of the topics covered here?

Special thanks go to Dominik Lubański, Hybrids' author and primary maintainer, for generously donating his time and insight while I was preparing this post, especially for his help refactoring to an idiomatic hybrids style. 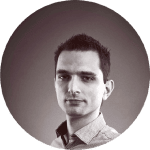 *Actually what hybrids does here is generate simple descriptors for you, in order to ensure that property effects are run, etc.
**As of original publication, the behaviour of adding pass-through setters when set is omitted is not yet released.