I'm not looking for an explanation of WebAssembly, but more the WebAssembly ecosystem. What kind of support structure is in place for the technology as of November 2019? 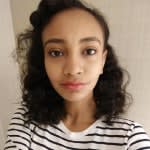 Why the heck is everyone talking about WebAssembly?

Different ways to fetch data in Next.js (server-side) and when to use them

A clueless newbie's guide to headless CMS and the Jamstack