You've probably heard of Docker: it is an open-source project that allows developers to run, create and distribute unit of software in a standardized way; it works with containers, that, simplifying a lot, are isolated applications with their own file systems and that can be run anywhere: think of them as VMs, but with a different and lighter underlying structure.

First of all, you must install Docker on your machine. You can refer to the Getting Started page on the project's website to know how to download and install it.

But, first, let me introduce the key concepts to know about Docker: images and containers.

Images are the blueprints that contain all the information to run a container. Do you remember snapshots from the VM world? Well, images are the same for containers: a set of instructions and file system layers that, when executed, allow your container to be alive.

Most of the images are available on DockerHub: this is a library of official images of various types, from databases to frameworks, from operating systems to cache platforms.

There are few commands to know when working with images:

Containers are the living versions of an image.

Once you have downloaded an image, you can "build" it to have your container up and running:

So now we have our container accessible within the machine. But we haven't finished yet!

If the container exposes the port 80, we can run docker run -p 8089:80 image-name. The -p flag maps the external and the internal ports, allowing us to access the container navigating to localhost:8089.

MongoDB is a document-based database. Just like you have tables and relations in a relational database, for document databases the focus is on documents: those are dynamic structures, meaning that they don't have a strict schema, but can be extended as you wish.
MongoDB stores documents in a JSON format; for example, this is a valid document:

Documents are stored inside collections that represent, well, collections of documents! Obvious, isn't it? 😊
Usually, collections are meant to group similar documents, such as users, books, and so on.

Do you want to try it? Maybe without installing it? Here's where Docker comes in handy.

The first step is to download the official MongoDB image using the terminal: 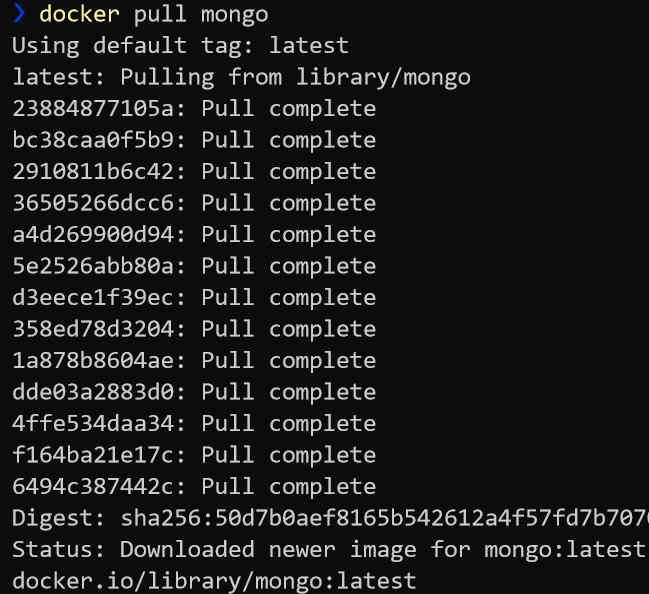 We can check the details of this image by running docker image inspect mongo: this command will list all the properties of this image; we can see, looking at the ContainerConfig.ExposedPorts field, that we can reach Mongo through port 27017. 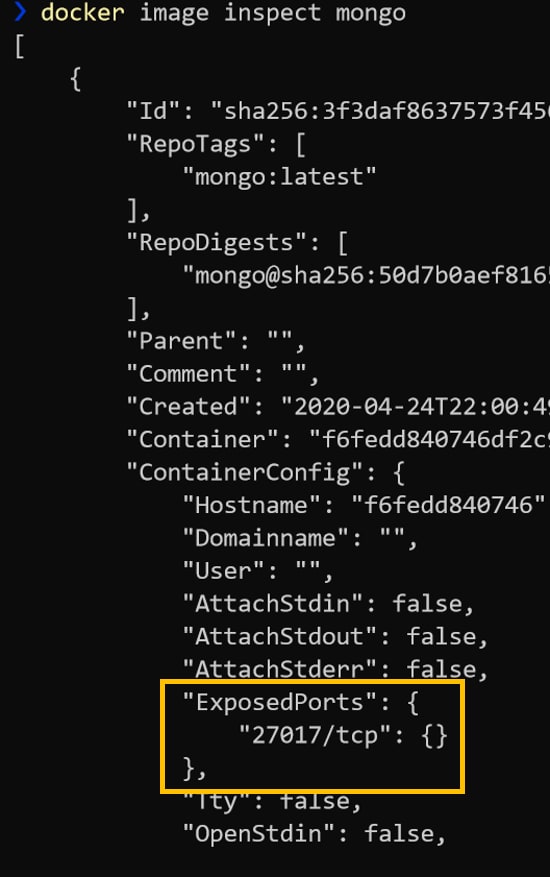 So now we are ready to run this container with this command:

It looks complicated, right? Let me explain every part:

That's it! Now you have your MongoDB instance up and running without having it installed directly on your machine!

Now, if you have a tool for exploring MongoDB, open it and connect to the newly created Mongo instance. If you use NoSQLBooster for MongoDB you will see something like this: 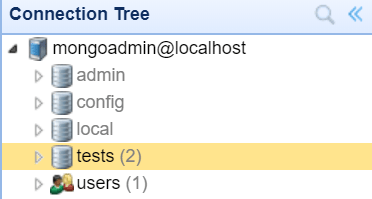 Finally, you can create a new DB (I've called it tests) and try MongoDB.

Thanks to Docker now it's possible to run many platforms on your local machine without installing them. You can use Docker for many other purposes, like creating your own images and container, organize and connect them, and many other cool stuff.

Implement a antivirus clamav scanner with rest api in dokku

Jump - yet another self-hosted startpage for your server

Davide Bellone
Fullstack in my past, backend in my future. C# and .NET in my 💘
How to run PostgreSQL locally with Docker
#docker #postgres