PostgreSQL is a relational database characterized for being open source and with a growing community supporting the project.

In this article, we will learn how to run PostgreSQL on a Docker container for local development.

As you may know, Docker allows you to download images of almost everything you want in order to run them locally (or wherever you want) without installing too much stuff.

The best way to check the available versions is to head to DockerHub and search for postgres.

Here you'll find a description of the image, all the documentation related to the installation parameters, and more.

If you have Docker already installed, just open a terminal and run 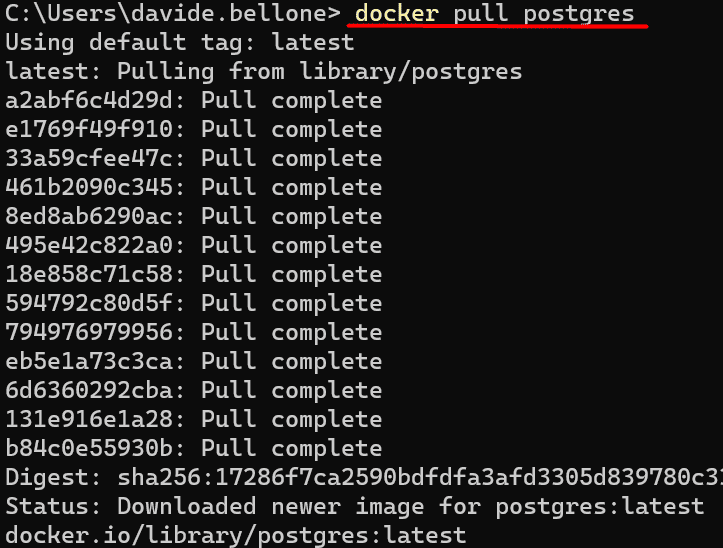 Now that we have the image in our local environment, we can spin up a container and specify some parameters.

Below, you can see the full command.

Time to explain each and every part! 🔎

docker run is the command used to create and run a new container based on an already downloaded image.

--name myPostgresDb is the name we assign to the container that we are creating.

-e POSTGRES_USER=postgresUser, -e POSTGRES_PASSWORD=postgresPW, and -e POSTGRES_DB=postgresDB set some environment variables. Of course, we're defining the username and password of the admin user, as well as the name of the database.

postgres is the name of the image we are using to create the container.

As a result, you will see the newly created container on the CLI (running docker ps) or view it using some UI tool like Docker Desktop:

If you forgot which environment variables you've defined for that container, you can retrieve them using Docker Desktop or by running docker exec myPostgresDb env, as shown below:

Note: environment variables may change with newer image versions. Always refer to the official docs, specifically to the documentation related to the image version you are consuming.

Navigate the DB with PgAdmin

Now that we have Postgres up and running, we can work with it.

You can work with the DB using the console, or, if you prefer, using a UI.

I prefer the second approach (yes, I know, it's not cool as using the terminal, but it works), so I downloaded pgAdmin.

There, you can connect to the server by using the environment variable you've defined when running docker run. Remember that the hostname is simply localhost. 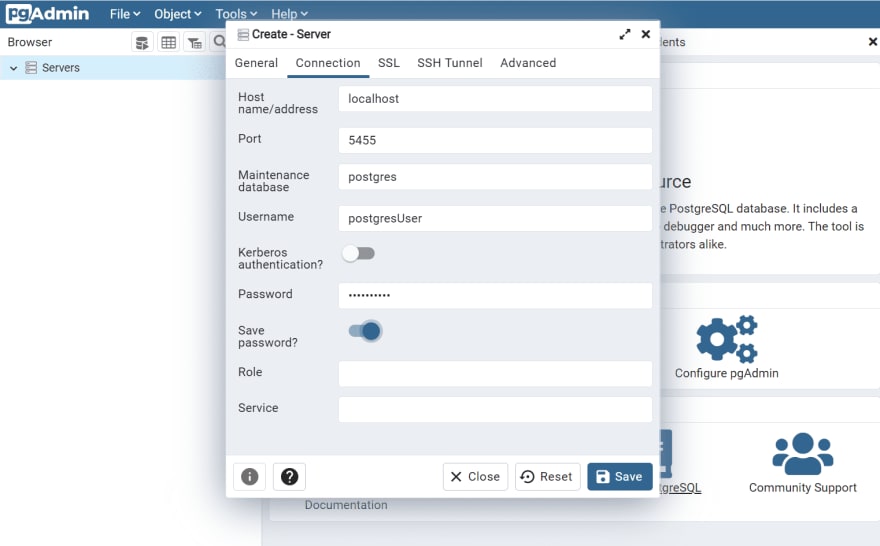 And we've finished! 🥳 Now you can work with a local instance of Postgres and shut it remove it when you don't need it anymore.

I've already introduced Docker in another article, where I explained how to run MongoDB locally:

As usual, the best resource is the official website:

Finally, a special mention to Francesco Ciulla, who thought me how to run Postgres with Docker while I thought him how to query it with C#. Yes, mutual help! 👏

In this article, we've seen how to download and install a PostgreSQL database on our local environment by using Docker.

It's just a matter of running a few commands and paying attention to the parameters passed in input.

In a future article, we will learn how to perform CRUD operations on a PostgreSQL database using C#.

(this article first appeared on Code4IT)