Using VS Code to author your Azure functions is really the best experience there is. You can debug locally as well as remote and you, can of course, use the full power of VS Code

This article is part of a series:

In this article, we will cover:

Why VS Code as an authoring environment?

There are many ways to author a Serverless app. VS Code is one of the better ones and the main reason for that is the extensions that make things like scaffolding projects/functions and debugging — a real joy.

Dependencies and Set up

There are two ways to install the dependencies we need, depending on if you are using either Windows or Mac OS.

For Mac run the following command:

Installing the VS Code extension

To make the authoring experience really nice you need an Extension for VS Code:

Your first Azure function in VS Code

To create and run an Azure function we need to do the following:

We can create an Azure functions project by using a command installed when we installed the extension. The command is called

We can access said command by going to the menu View and select Command Palette. If you are on a Mac you can just type Command + Shift + P. Then select our command above:

There we will be asked where to place our project:

You select the folder you want the project to end up in.

Thereafter you are asked to select the language you will code in:

Select JavaScript, but do remember there are other choices that can be made here

This is followed by it querying for what trigger type the function will have, i.e what type of trigger will invoke the function: 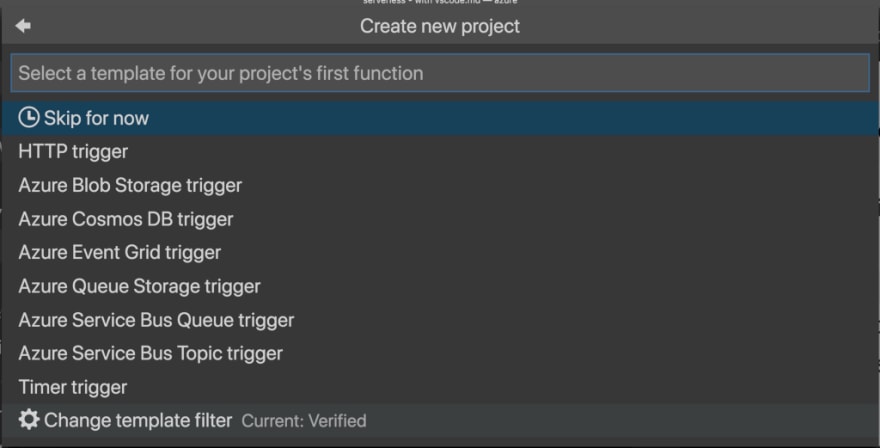 Select HTTP trigger for now but just as with language, remember that we can trigger our functions in more than one way.

The next thing is being asked for what to call the function that is created when we create the project. Yes, it does create a first function for us when we create a project, so it’s a two in one.

Let’s call it hello for now:

Lastly, we will be asked for authorization level, i.e what credentials are needed for us to be able to allow the function.

For now, let’s go with anonymous, we will discuss authorization in later parts of this serverless series.

At this point you should have the following files created:

Let’s talk about the files that matter for this article:

In the hello directory there are also:

Ok, so we’ve managed to create an Azure project and an Azure function, now what? Well, it’s time to test it of course. There are two ways we can do so:

This is about using the built-in debugging functionality in VS Code. We will cover two things here.

To Debug select Debug / Start debugging in the menu. This set VS Code in Debug mode and you should see this menu to the left: 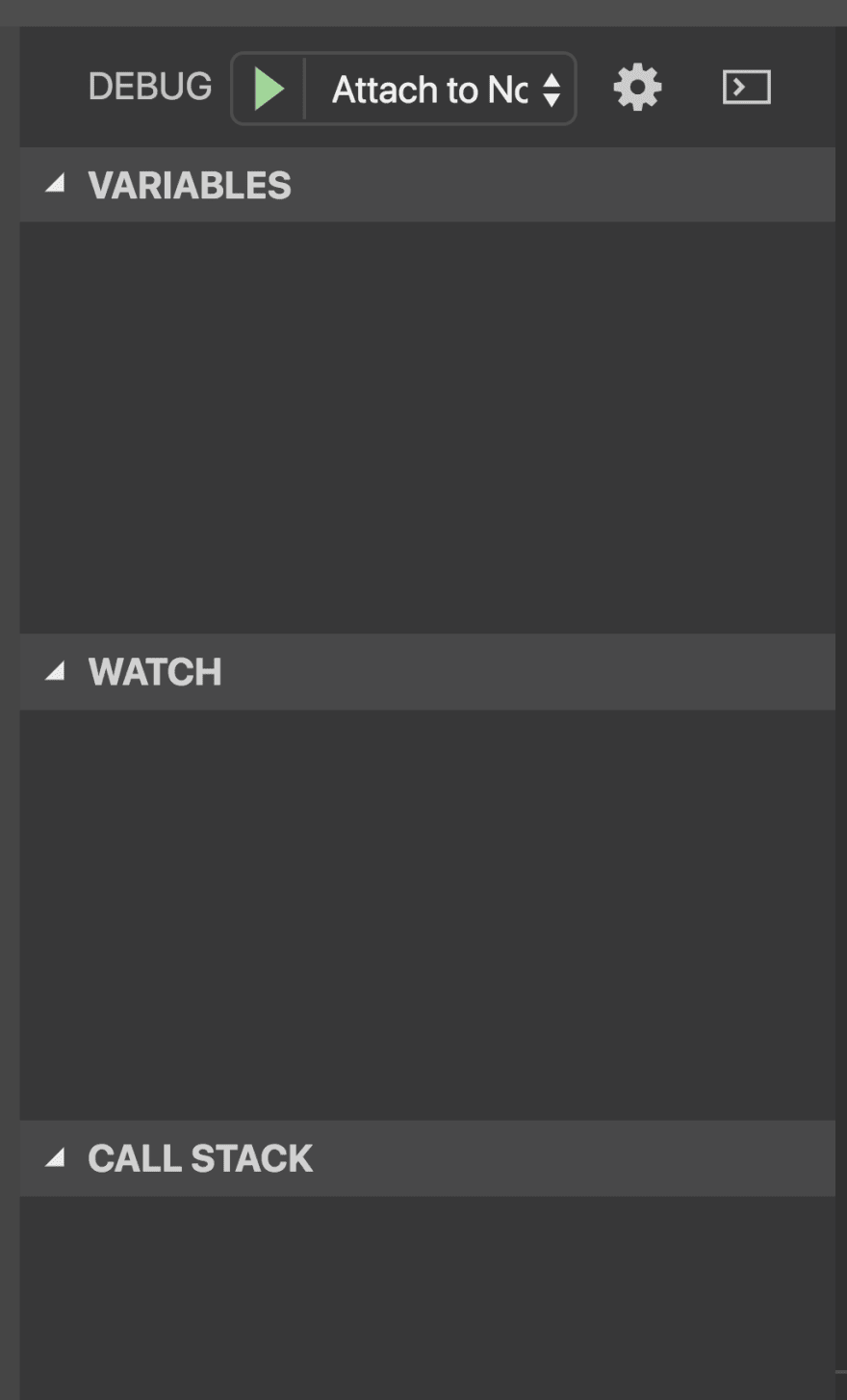 In the terminal in the main area you should see the following message at the bottom:

Now set a breakpoint at the first line in your function. Now go to the browser and navigate to http://localhost:7071/api/hello and you should see this in VS Code:

As you can see above our breakpoint is hit and the menu to the left gives us valuable info on the stack trace and other things.

Generate your project in the correct place

What can go wrong? If you open up VS Code in say directory tmp and then you select the directory tmp/project as your target dir for generating the project then your .vscode directory is generated in tmp.

If you select to Debug from tmp it WILL work, however, if you forgot that you were in the directory tmp and next time you open up the project and you do so in tmp/project, it WON’T work. It won’t work because tmp/project is missing the .vscode directory, that contains the files launch.json and tasks.json that is needed for the debugging to work.

There are two ways to solve this if it happens to you:

To start the project make sure you are in the project root and that you have opened a terminal, View / Open view / Terminal

Type the following in the terminal:

This should tell us two things, the URL we can reach our function on and the supported HTTP Verbs.

Lets go to the suggested URL in the browser http://localhost:7071/api/hello

The browser should show the following:

This is actually running the code that was generated in hello/index.js. If we zoom in a bit on the code:

We can see above that if req.query.name or req.body.name is empty it should construct a message with status 400.

We can fix this by calling the URL with an added ?name=chris, like so:

This concludes this first part on VS Code and Azure Functions. We’ve learned how to generate an Azure functions project and a function and we’ve also learned to navigate around in our project structure and especially learned how to debug in two different ways.

In our next part, we will learn more about handling parameters and authorization and we will also build a GraphQL server and of course how to deploy everything to the Cloud. Sounds like fun right? :)