🚨 This post is part of #ServerlessSeptember with multiple initiatives happening all month. We are republishing content here on dev.to in batches - subscribe to the blog if you want to be alerted earlier (e.g., as each post is released)

Today, we have a special set of posts from our Zero To Hero 🚀 initiative, featuring blog posts authored by our Product Engineering teams for #ServerlessSeptember. Posts were originally published on the Apps on Azure blog on Microsoft Tech Community.

This post is authored with Anthony Chu, a Product Manager at Microsoft for Azure Container Apps, Azure Static Web Apps and Azure Functions. Follow him @nthonyChu or right here on dev.to 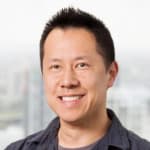 I'm a Product Manager at Microsoft working on Azure Container Apps and Azure Static Web Apps. I also worked on Azure Functions and was a Cloud Developer Advocate.

Depending on where you are in your cloud native app development journey, you might choose to use different tools to deploy your apps.

Let's explore some of these options in more depth. 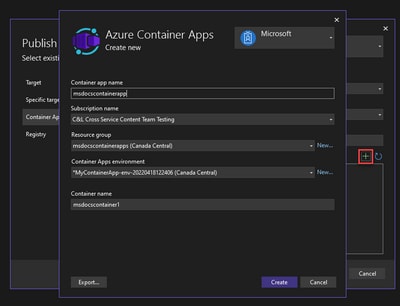 Once you’re happy with the app and it’s ready for production, Visual Studio allows you to push your code to GitHub and set up a GitHub Actions workflow to build and deploy your app every time you push changes. You can do this by checking a box.

There are a couple of valuable extensions that you’ll want to install if you’re working in VS Code.

The Docker extension provides commands for building a container image for your app and pushing it to a container registry. It can even do this without requiring Docker Desktop on your local machine --- the “Build image in Azure” command remotely builds and pushes a container image to Azure Container Registry.

And if your app doesn’t have a dockerfile, the extension will generate one for you.

Once you’ve built your container image and pushed it to a registry, the Azure Container Apps VS Code extension provides commands for creating a container app and deploying revisions using the image you’ve built.

The Azure CLI can be used to manage pretty much anything in Azure. For Azure Container Apps, you’ll find commands for creating, updating, and managing your Container Apps resources.

Just like in VS Code, with a few commands in the Azure CLI, you can create your Azure resources, build and push your container image, and then deploy it to a container app.

To make things as simple as possible, the Azure CLI also has an “az containerapp up” command. This single command takes care of everything that’s needed to turn your source code from your local machine to a cloud-hosted application in Azure Container Apps.

We saw earlier that Visual Studio can generate a GitHub Actions workflow to automatically build and deploy your app on every commit. “az containerapp up” can do this too. The following adds a workflow to a repo.

When it’s time to take your app to production, it’s strongly recommended to set up a CI/CD pipeline to automatically and repeatably build, test, and deploy it. We’ve already seen that tools such as Visual Studio and Azure CLI can automatically generate a workflow for GitHub Actions. You can set up a pipeline in Azure DevOps too. This is an example Azure DevOps pipeline.

In this article, we looked at a few ways to deploy your cloud native applications to Azure Container Apps and how to decide which one to use based on where you are in your app’s journey to the cloud.

Best Cron Alternative You're Not Using

Once unpublished, this post will become invisible to the public and only accessible to Nitya Narasimhan, Ph.D.