Major version upgrades for Aurora PostgreSQL used to be painful if you were behind on versions.

For example - lets assume you were on Aurora PostgreSQL 9.6 and AWS notified users that they are no longer supporting this version.
You then decided to take the opportunity to upgrade all the way to the latest version (version 13).
You had to upgrade one major version at a time.
i.e., follow this upgrade path

OR you resorted to dumping out the entire database and importing it back into a new database with the latest version.

Neither option was elegant and has many considerations (like time taken, outages required or even data integrity)

In that they mention that you could upgrade from

Not so fast though! The devil is in the detail of the source and target version - see this from the linked documentation 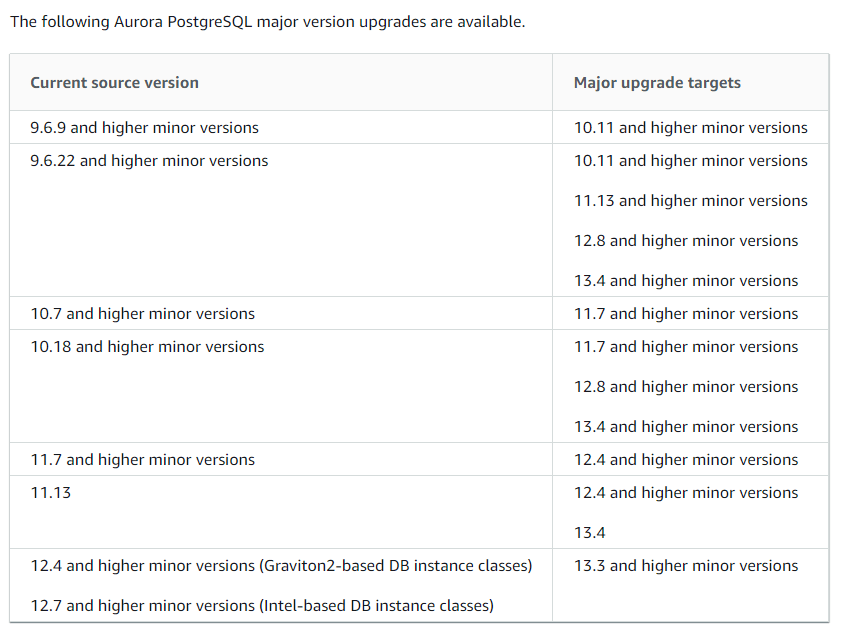 In my opinion that documentation is not very clear. What happens if you have version 10.16? It is not in the list and you have to either assume that it is treated the same as version 10.7 OR 10.18 and assumptions are bad.

Announcement blog posts tend to provide just high level detail and in order to understand gotcha's and workarounds its essential to read the documentation. In this case the table of source, target could be clearer to say something like "Versions from 9.7 and to 10.17 allow to 11.x". Using the awscli provides a good way to clarify the exact upgrades allowed.