Continuous integration (CI) and Continuous delivery/deployment (CD) are important modern development practices. As developers, just limiting ourselves in the boundary of implementation is not fair. A neat build process, tool integration, deployment, test and delivery - we have a stake in all of these.

In this post, we will learn about getting started with a famous framework called, Sails.js(aka, sailsJS) and how to integrate and continuously deploy the changes to a hosted service called, Heroku.

This is going to be a fun learning, keep reading 👇👇👇.

Sails.js is a data-oriented, modern, frontend agnostic, MVC based framework to build custom, enterprise-grade Node.js apps. The MVC pattern is based on Socket.IO and Express.

Using Sails.js framework you should be able to:

I will strongly encourage you to look into the Sails.js documentation and architecture to understand it better.

Ok, enough of theory so far. Let us see things in action.

We will be building a small app based on Sails.js. Our app will expose a REST endpoint(say, users) using an API(say, /api/users) to fetch user data from a store(say, JSON store in our example). Let us do it in next couple of minutes!

There are few ways to create a sails project. You can opt for a full web application using sails or you may want to create the project without any web application related files. As our app deals with the REST API, we will go with the latter case:

Change to the project directory

and run this command

You should see the output as: 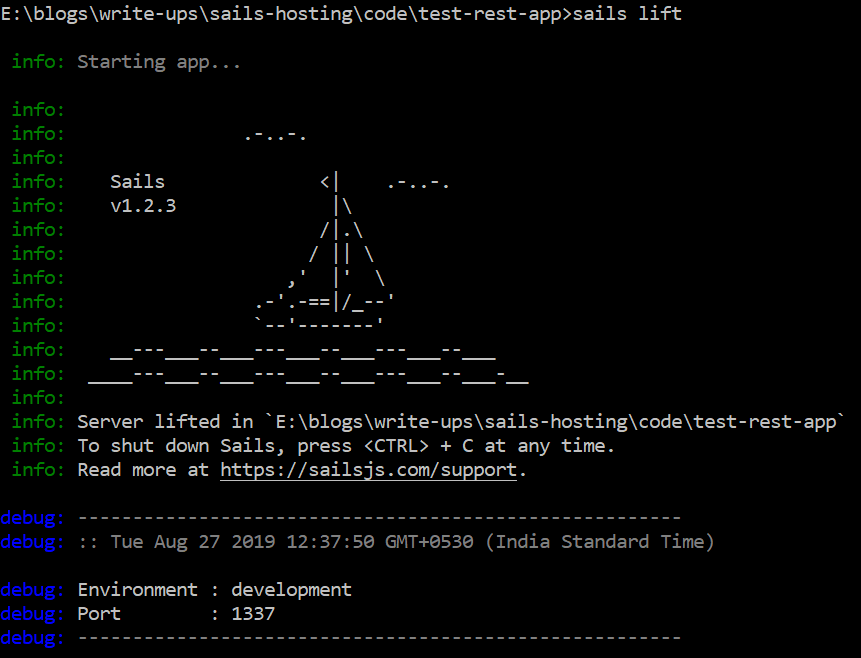 Now let us try accessing the app: http://localhost:1337. Well.. what you see is not so great, right? It is because, we haven't done anything yet!

Time for our first REST API: The User service

Go to /api/controllers and create a file called, UserController.js. Copy-Paste the following code to set-up the controller.

The users.json is an array of simple user objects, like:

We are all set. Time to run the app. If sails lift is running, please terminate it and run again. Access the app over http://localhost:1337. You will notice two things: 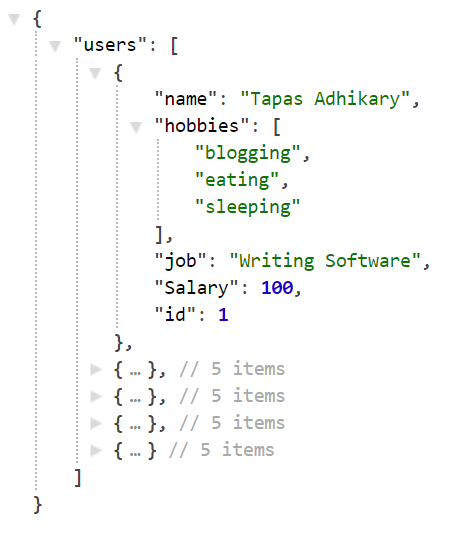 TADA! We have developed a REST API in record time 😊😊😊.

As we have a Sails.js app locally running in development mode, next logical step is to deploy it on a hosting service called, Heroku. Heroku expects couple of things from our app to run it successfully. We will be doing those configurations now.

We are done with all the required configurations for our app to get deployed and run on Heroku. Note, there are many other settings like security, https etc you need to perform for a production ready app. But for the sake of our example, we have done enough that are required.

Important Step: At this stage, push your app code to git so that, we get to see a workflow of proper CI/CD at the end. My project is here.

Heroku is a container-based cloud Platform as a Service (PaaS). We can use Heroku to deploy, manage, and scale modern apps. This platform is elegant, flexible, and easy to use, offering developers the simplest path to getting their apps to market.

This will ask you for Heroku credentials. Please enter. Alternatively, it may direct you to a web page to login and come back to the terminal.

Heroku will create a project with a random name(which you can change later) and provide you a confirmation as above. You can also login to Heroku dashboard to see the project listed:

Once the next step is done, your app will be hosted on the project url created by Heroku. In my case it is: https://fathomless-chamber-59085.herokuapp.com 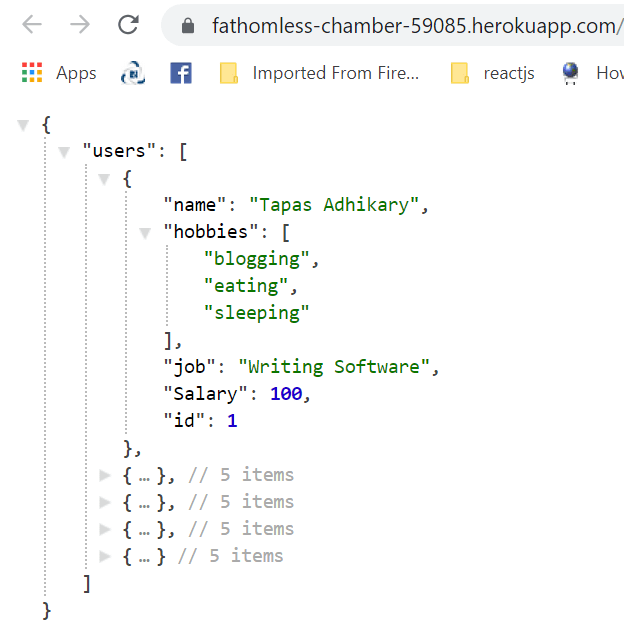 Congratulations!!! You have successfully deployed your Sails.js app on Heroku!

With all that we have learned so far, let us see a workflow where we will be able to:

See it in action(This gif may take a while to load):

You can even write hooks to reduce the effort of publishing to Heroku. The git hook should take care of the commit pushed to Git and auto deploy. Here is the detailed documentation on how to do it.

Please like/share the post if it was useful. Btw, the title of the post says about living longer. That is just the exaggeration of the fact that, if you automate things, you will be hassle-free, tension free and thus, live longer 😄😄😄!

This post was originally published on my Green Roots Blog.

Responsive Background Images with image-set, the srcset for background-image