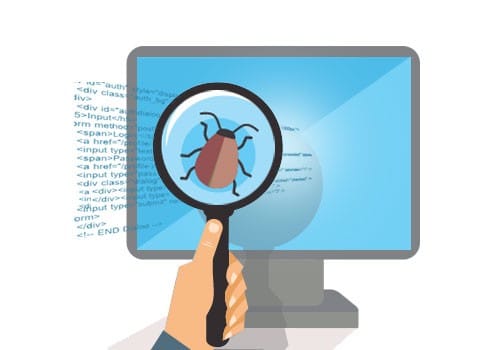 You have spent a lot of time and effort writing up a fairly medium application, let’s say with a code base of about 1000 lines and you’ve manually tested the application to make sure everything is running fine. You push your code to Github and someone decides to contribute their own quota to your work. They push their code, created a pull request and you merge it in, now your application no longer runs, everything is broken, all because of the code you merged in. In other to avoid this type of problem and many more that come with software development, you need to integrate testing into your workflow.

Testing requires that you write tests which cover various input a software might receive and the corresponding output to them. That way you can be sure that the application is running exactly how you intended it to and this can prevent a lot of bugs. It is always important to write a test before new code is added to your code-base so you can be sure the new code is not introducing any bug to your code base and also it helps you know beforehand if the new code is breaking any part of your code base.

Mocha, according to the description on its website, is a testing framework that makes asynchronous testing simple and fun. It will provide the testing environment that makes it easy for us to run chai.

Chai is an assertion library that can be paired with any test framework. It is the library that we’ll actually write our tests with.

Setting up our sample application

We’ll be building out an application that reads information from a non-persistent students record data. To continue, we need to have the following files and folders created:

To set up our dummy data, we need to include the data in the dummy/students.js file:

The code block above assigns an array of objects, each object holding the details of a student.

Now let’s set up our package.json, so we can install all the packages we would be needing to build out and test our application.

In the package.json file, we include our mocha and chai, which we’ll be using to write our tests. We also needed to include chai-http which is a plugin that allows us to run HTTP integrations with chai assertions. We can now run npm install to install the packages and get ready to finish setting up our application.

In the controllers/studentController.js file, we imported our dummy data, created a class to hold our controller methods and created two static methods each for what we want to achieve with the controller class. The first method, getAllStudents, as the name implies gets all the students record we have in our dummy data and returns them with a 200 HTTP status code, while the second method, getSingleStudent, gets the record of a single student and returns it with a 200 HTTP status. If a record is not found, a 404 HTTP status code is returned.

Now that we have our controller set up, we can now go back to working on our routes and server.js. In our routes/index.js file, we should add the following code:

Now we should create our server.js file so we can test the code we’ve been writing if it works.

Because we’re writing ES6 code, we need babel to compile our code, and for that to work, we need to add the following code to our .babelrc file:

Writing tests for our application

Our application works well, but we need to write tests for it. To make sure we don’t break it, while also covering all edge cases. In our tests/test.js file, we’ll write our tests.

All that is remaining is for us to run npm run test and we’ll see our tests passing before our very eyes. Beautiful, isn’t it?

Climan is a small npm package that automates long & boring commands for you.

Once suspended, asciidev will not be able to comment or publish posts until their suspension is removed.

Once unsuspended, asciidev will be able to comment and publish posts again.

Once unpublished, all posts by asciidev will become hidden and only accessible to themselves.

If asciidev is not suspended, they can still re-publish their posts from their dashboard.

Once unpublished, this post will become invisible to the public and only accessible to Samuel Raphael.