Automate dependency updates with Renovate in CI pipeline on Gitlab, Azure, Gitea, Bitbucket, or GitHub. Because almost every program contains dependencies that are not updated so often, as they should be.

Vulnerabilities were, are, and will be also in the best libraries and packages. Because of that, it is really important to do an update as soon as possible after releasing the fix. However, it is hard to do those checks manually. From Github, you might know Dependabot.

But there is another option called Renovate Bot, which can be self-hosted and supports a wide range of git platforms.

Renovate can handle dependencies for many languages with managers. For example for Java, there are 2 possible managers supported - Gradle and Maven. It is not surprising, that Renovate offers tons of configurable options.

Following tutorial will inform about the usage of Docker image. However, there is a possibility to use directly the Renovate core written in JavaScript.

As a starting point, you need to create a new Gitlab project/repository. That will contain the base Renovate pipeline, which you can trigger automatically by CI/CD Schedules. The minimum configuration consists of the files below.

I highly suggest setting environment variables via CI/CD Variables, not hardcode them into the CI file. RENOVATE_TOKEN grants bot access into repositories and GITHUB_COM_TOKEN is used to download Release notes from Github. See how to create those tokens in Self-hosting configuration. 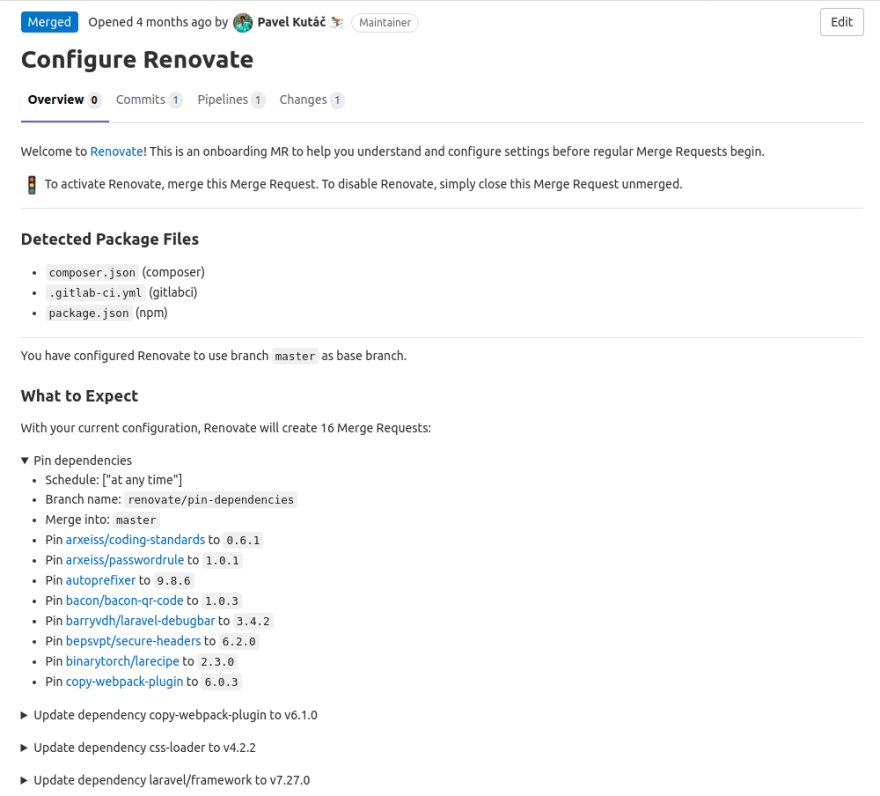 The renovate.json file is required only in the repositories, which are checked by the Renovate bot. But because this bot will update itself, this file must be placed into the repo as well.

As above, the renovate.json file must be placed into all repositories, which are checked and updated by the Renovate bot - ie into all mentioned under the repositories key in config.js. The following config is taken from my personal portfolio. 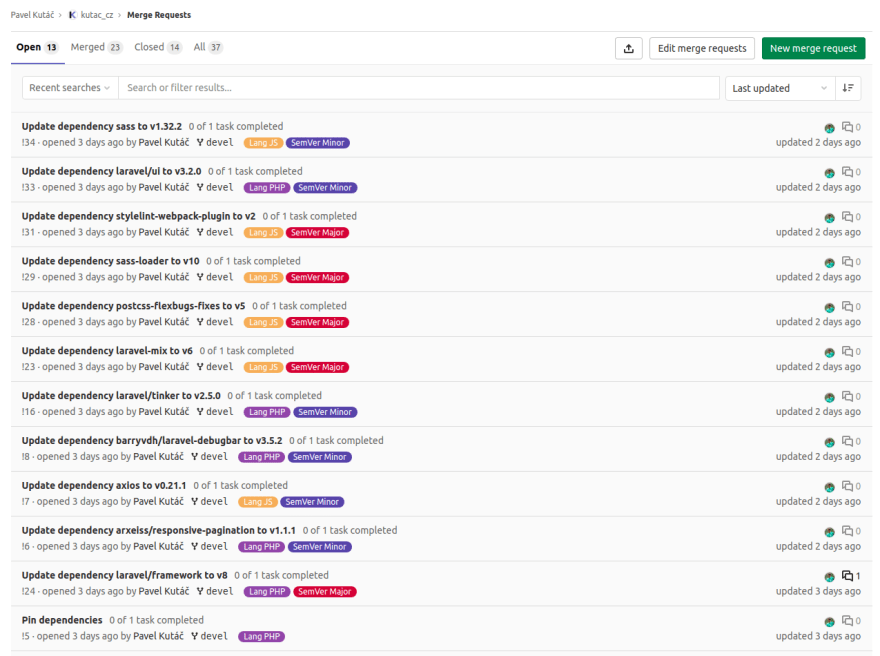 When the Renovate bot is run, it checks if every repository contains per-repo config file renovate.json (there are few other possible names). If the config is not present, it will first create Onboarding MR with that file. No other actions are done until this MR is merged and config is created.

The next step is to check if there are no version ranges, but all versions are pinned. It means that "laravel/framework": "^8.0" is replaced into "laravel/framework": "8.21.0". See more why it is happening in Version pinning chapter. If there are some versions to pin, it will create Pinning MR. And as in the previous step, no further actions are executed until this MR is merged.

Detail of MR created by Renovate 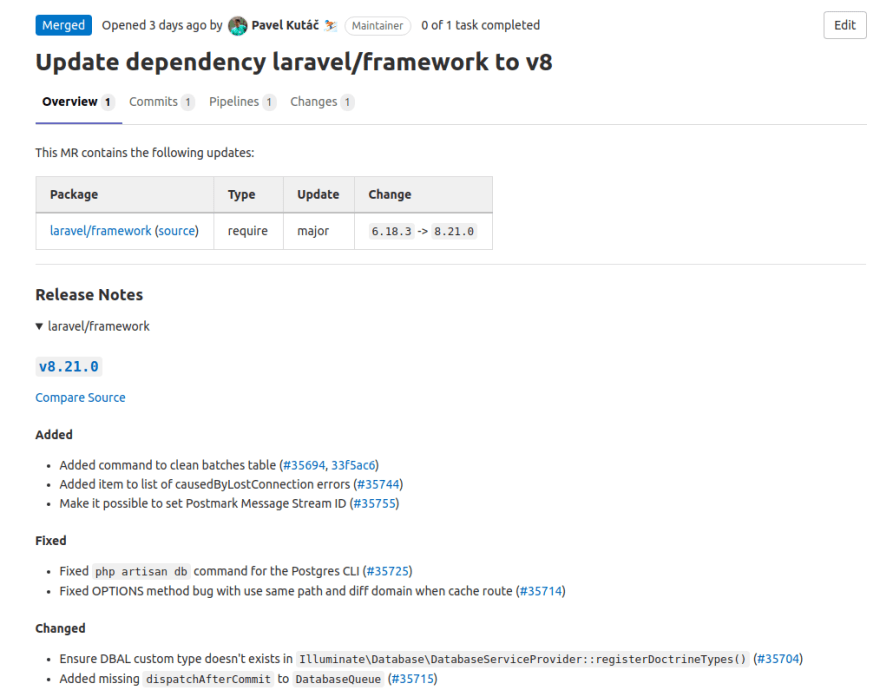 In my case, I set to run Renovate every 1st day of a month by Gitlab CI/CD Schedules. Then I do merges of all updates, tests, and deploy. I do not recommend to do automatically merges if the project is not fully tested. Otherwise, it can cause much more trouble, which does not worth it.

Getting started with Git!