The trees built in the parsing phase (DOM, CSSOM) are combined into something called the render tree. This is used to compute the layout of all visible elements that will be painted to the screen in the end. The purpose of the render tree is to make sure the content of the page will paint the elements in the correct order. It will be serverd as input to the painting process that will display the pixels on the screen.

The DOM and the CSSOM are created using the HTML and the CSS files. Both of these files hold different types of information and the trees are different structures, so how does the render tree gets created?

COMBINING THE DOM WITH THE CSSOM

The result of these steps will be a render tree that contains all visible nodes, with content and styles.

The render tree holds information on which nodes are displayed along with their computed styles, but not the dimensions or location of each node.

What needs to be done next is calculate the exact position of those nodes within the viewport of the device (inside the browser window) and their size. This is the stage called layout (in Chrome, Opera, Safari and Internet Explorer) or reflow (in Firefox) but they mean the same thing. The browser starts this process at the root of the render tree and traverses it.

The reflow step doesn't happen only once, but every time we change something in the DOM that affects the layout of the page, even partially. Examples of situations when the positions of the elements is recalculated are:

Let's get a very basic example of HTML, with some CSS applied inline: 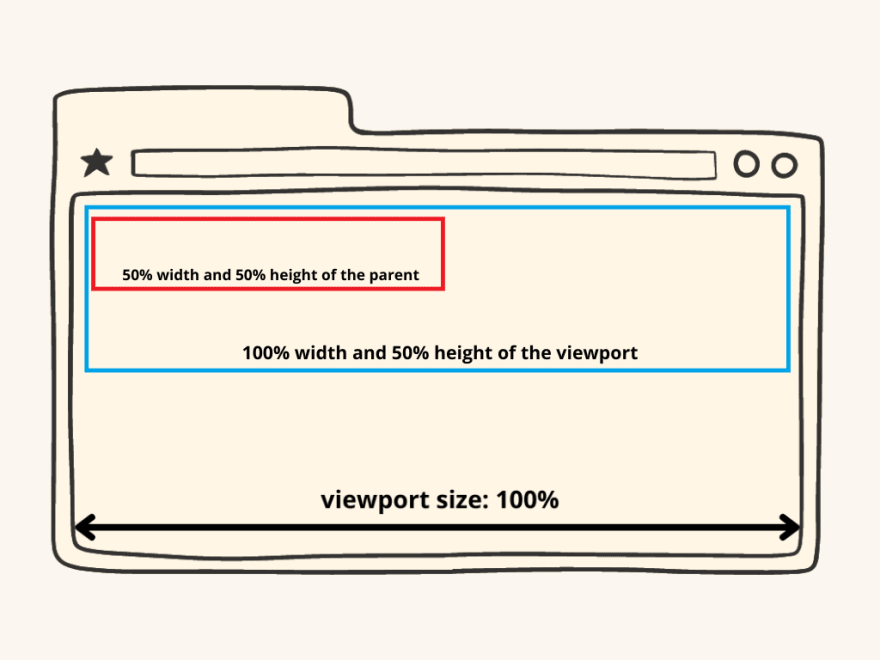 The output of this process is a box like model which captures exactly where each element needs to be on a screen and its size. After this step is finished, the output is ready to be passed to the next step called the painting stage.

After the browser decides which nodes need to be visible and calculates their position in the viewport, it's time to paint them (render the pixels) on the screen. This phase it is also known as the rasterization phase, where the browser converts each box calculated in the layout phase to actual pixels on the screen.

Just like the layout stage, the painting stage doesn't happen just once but every time we change something in the appearance of the elements on the screen. Examples of these situations are:

Painting means the browser needs to draw every visual part of an element to the screen, including text, colors, borders, shadows, and replaced elements like buttons and images and it needs to do it super quickly. To ensure repainting can be done even faster than the initial paint, the drawing to the screen is generally broken down into several layers. If this occurs, then compositing is necessary.

Traditionally, web browsers relied entirely on the CPU to render web page content. But nowadays even the smallest devices have performant GPUs, so the attention has turned on finding ways to use this piece of hardware to achieve better performance.

Compositing is a technique to separate parts of a page into layers, painting them separately and composite as a page in a separate thread called the compositor thread. When sections of the document are drawn in different layers, overlapping each other, compositing is necessary to ensure they are drawn to the screen in the right order and the content is rendered correctly.

Generally, only specific tasks get redirected to the GPU and those are the tasks that can be handled by the compositor thread alone.

In order to find out which elements needs to be on which layer, the main thread walks through the layout tree and creates the layer tree. By default, there's only one layer (and how these layers are implemented is browser specific) but we can find the elements that would trigger a repaint and create a separate layer for each of them. This way, the repainting should not be applied to the whole page and in addition, this process will use the GPU. 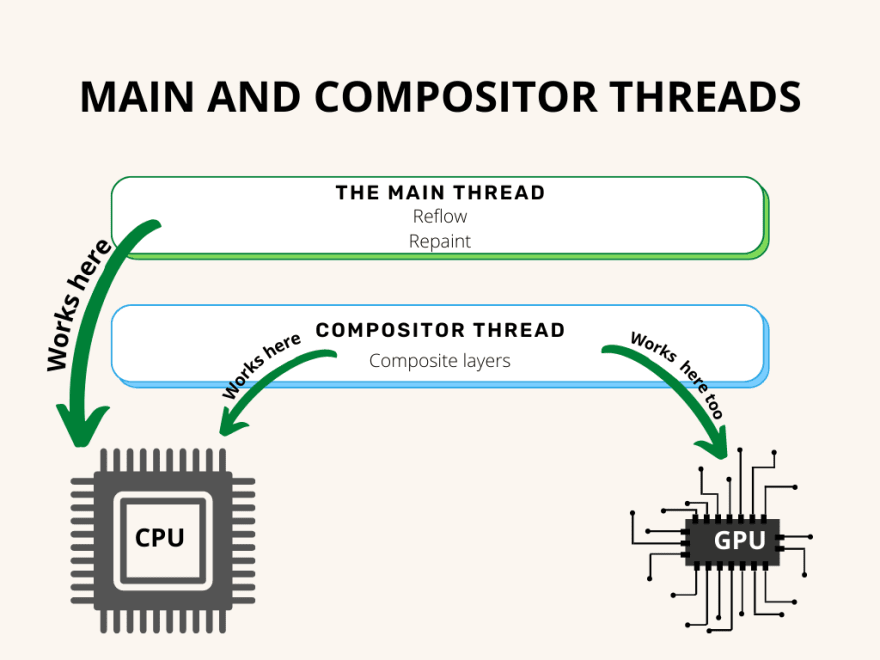 If we want to hint to the browser that ceratain elements should be on a separate layer, we can use the will-change CSS attribute. There are actually specific properties and elements that signal the creation of a new layer. Some of these are <video>, <canvas>, and any element which has the CSS properties of opacity, a 3D transform, will-change and a few others. These nodes will be painted onto their own layer, along with their descendants.

KEEP IN MIND
Both of the operations discussed above, reflow and repaint, are expensive, especially on devices with low processing power like phones. That's why when dealing with DOM changes we should try to optimze them (I will talk more about this in one of the future articles in my DOM series). Some actions will trigger a repaint only and some actions both a reflow and a repaint.

Once suspended, arikaturika will not be able to comment or publish posts until their suspension is removed.

Once unsuspended, arikaturika will be able to comment and publish posts again.

Once unpublished, all posts by arikaturika will become hidden and only accessible to themselves.

If arikaturika is not suspended, they can still re-publish their posts from their dashboard.

Once unpublished, this post will become invisible to the public and only accessible to Arika O.

Thanks for keeping DEV Community safe. Here is what you can do to flag arikaturika:

Unflagging arikaturika will restore default visibility to their posts.