GNOME 43 has arrived on openSUSE Tumbleweed! This release code name is "Guadalajara". No, I am not laughing at this release in One Piece's theme. I don't know why GNOME team named this release Guadalajara, but I like the name anyway. That aside, this is a very good release. For an average user, you would notice many quality of life improvements in this release.

I will not cover all the technical changes in GNOME 43 that most Linux blogs and YouTube channels have already done so since the beta release a month ago. I will, however, cover this release based on my personal experience instead.

Nonetheless, you can go to see the official release notes, or the usual GNOME weekly update.

A noticeable change in GNOME 43, the new quick settings panel

This is the most noticeable change in GNOME 43 since it affects everyone on GNOME. The new panel lets you switch between the sound output devices and WiFi hotspots without having to open the main desktop settings app. You can also turn on/off night light, dark mode, and airplane mode right from this very panel. And it's undeniable that this new panel looks beautiful and refreshing.

The new screenshot/screen recorder shortcut (the camera icon) makes it possible for me to take a screenshot or record my screen when I am on my bed using my laptop with a projector and only have a mouse in my hand. Well, it's a good addition indeed!

There's one downside though. You can't change what to show on the panel.

NOTE: the new screen recorder, which was released in GNOME 42 and was broken shortly after since then, is now fixed in GNOME 43!

A new file properties window, and a new app's about page window 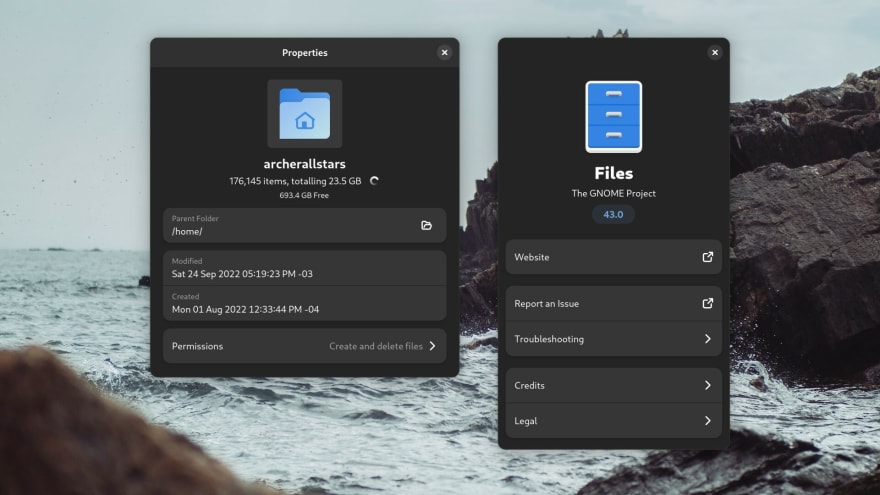 They are very beautiful, aren't they? Yes, they are definitely beautiful. I would say they're the most beautiful among any DE and OS.

However, they seem to be limited to some GTK4 apps at the moment. If the app developer is not updated their GTK4 app to the latest toolkit, it won't have this new lovely app's about page. I believe most users will probably benefit from the new modernized file properties window more than anything else.

A new alert sound for all 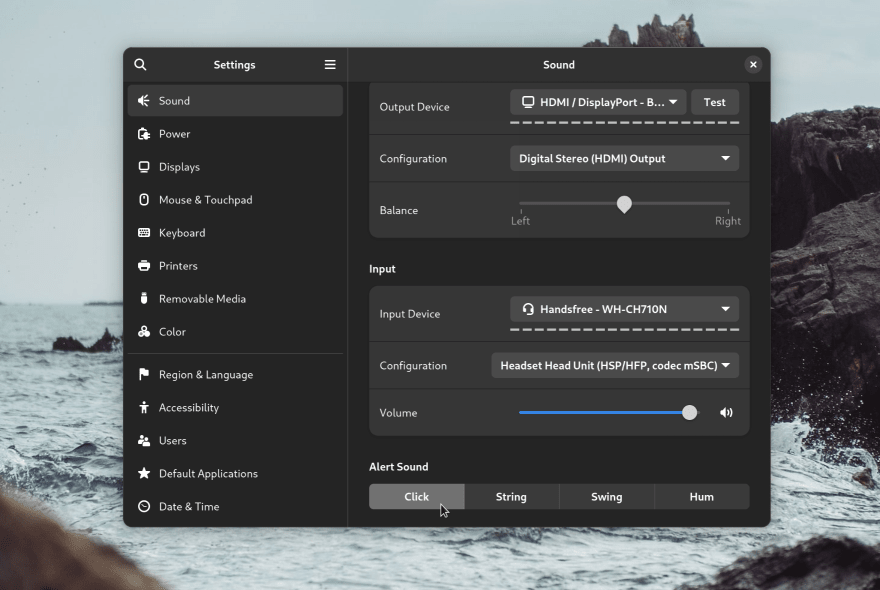 The new default alert sound is now "click". Not only that it's a refreshing change, but it's also less disturbing than the previous water drop sound. Overall, it's a good change.

NOTE: The alert sound is disabled by default on openSUSE, see bug #1202644. To turn it on, open Dconf Editor and turn on the audible-bell to true, as shown in the screenshot below: 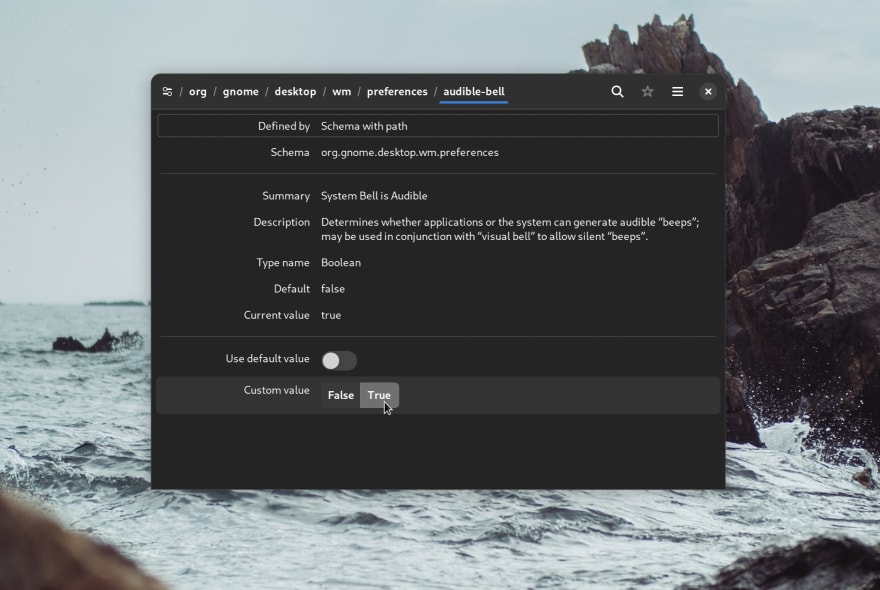 This fix (I don't call it a new feature) is great and should have happened long ago. I don't find any GNOME 43 review talking about this even though this is one of the features that affect the usability directly. Nevertheless, I am glad it got fixed, finally. 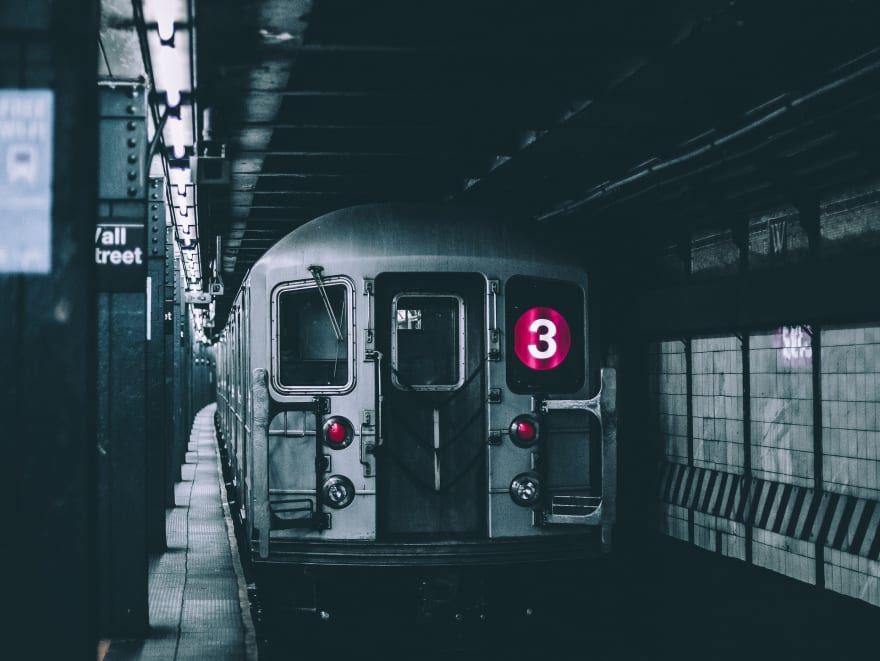 It wouldn't be reasonable to assume that any desktop environment doesn't have any flaws. However, these are issues that affect desktop usability directly. Without further ado, let's see what these issues are.

Well, it is still not working for any kind of development on GNOME Wayland, and there's no workaround option to offer like that of the soon to be released KDE 5.26. Why fractional scaling on Wayland matter? Because we have been using a Full HD (1080p) display on our laptop for a while now. In fact, it's rare (if there's any) to find any laptop selling today that would offer anything below 1080p. Therefore, it's not practical to use any laptop today without turning on the scaling whether you are on Windows, macOS, ChromeOS, or Linux.

Why not use fractional scaling on Xorg? Because it taxes the performance too much that enabling it wouldn't worth a huge performance trade off. And we're moving to Wayland, we need it to work on Wayland without any blurriness artifact when running XWayland apps.

Well, how many XWayland apps that we still have to deal with? A lot, especially if you are a developer of any kind. For a few examples:

Basically, none of the major development and graphic tools work properly with fractional scaling on Wayland.

Interestingly, ChromeOS has their open source implementation called Sommelier for scaling Xorg apps in Wayland without kind of any blurriness. I hope we can use Sommelier code somehow to scale XWayland apps properly on Linux. This issue is pretty much stale that mentioning any PR would be pointless at this point.

It's needless to say that this issue has been opened for 18 years! It's very hard to just upload my photo to my friends and family on GNOME desktop since I can't see the photo I want to pick in the list view. It's just as bad and as simple as that, and it makes no sense for an issue like this to stay open for 18 years.

And there's no extension that will save you from this issue 😱

3. The system tray's app indicators by default, not as an extension

There's an official explanation as to why they remove the system tray indicators (status icons as GNOME called it). And there's also the issue opened (now closed) regarding this issue. IMO, the removal of the system tray would make the desktop broken, unless GNOME expected everyone to use only their apps. For instance, as much as they hate the tray icon, they still make use of it with their screen recorder. But they think that the same kind of app from a third-party developer, OBS for example, should not make use of this intuitive area 😂

Fortunately, we have an extension called AppIndicator and KStatusNotifierItem Support to fix this mess. Then, what's the problem? It's not currently updated to support on GNOME 43 without disabling version validation on the installed extensions page.

The fact that we have to depend on an extension for this utterly important desktop functionality, this is bad, really bad 🤮

There's still no way to adjust the mouse wheel speed in GNOME on Wayland session. You can see this issue, and this PR that's still waiting to be merged.

I think this's it for today. And don't forget to leave the comment down below. Bye 💨

How to Count Words and Characters in JavaScript

Why Golang is a Good Choice for Developers in 2023

10 open source projects you should be aware of in 2023