If you're looking to take home a bigger paycheck, you might want to consider working for a late-start startup. According to our recent survey, remote developers working at late-stage startups earn the most. Examples of companies that have reached Series C to D funding include Notion, Loom, Deel, Algolia, and FireBlocks to name a few.

Remote developers in the US reported earning 11.5% higher salaries at Series C and D startups ($145,000) than public companies ($130,000). We also observed this trend in Spain and Mexico.

Why is this the case?

One reason could be that companies that actually make it to the Series C and D stages of funding are more financially secure and ready to expand to new markets and develop new products. They're eager to attract the best developers and pay top dollar, even poaching them away from larger more established companies.

Check out the full report here, data based on responses from 2800 developers worldwide, for an additional breakdown of global trends. 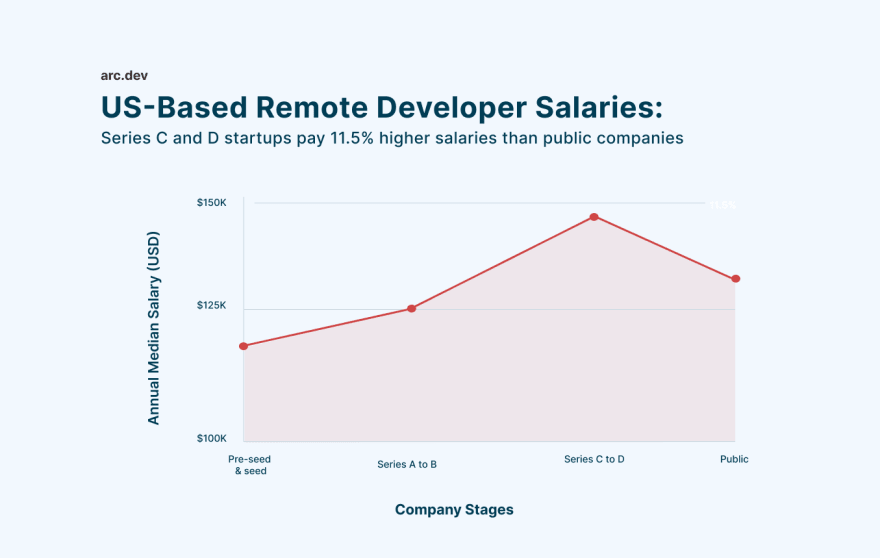 These insights were brought to you by the team at Arc.dev, radically different remote job search for developers.

Getting Your Conference Talk Proposal Accepted 🎙

Were you ever fired as a junior developer?