In Angular State Library actions are everything. And everything is an action.

Disclaimer: This project is an experiment, it is not production ready.

The secret to reactivity in Angular is knowing when to run change detection. By default, Angular runs change detection for us automatically every time we interact with the DOM or do some async work. This magical reactivity is what sets Angular apart from the crowd. But it comes at a cost. Performance.

As an Angular application grows in size and complexity, we start running into problems. The more components we render, the slower each render cycle gets. This is because Angular dirty checks every data binding in every component every time change detection runs. How often does change detection run? A lot.

The root cause of this slow down is Zone.js. On every user interaction, microtask (eg. promises) and macrotask (eg. timers), Zone.js lets Angular know that it should run change detection in case some data binding in the app has changed. We have a budget to keep of 16ms (60Hz) or 8ms (120Hz) so that the user experience remains fluid. Angular's change detection cycle can easily exceed this limit.

To manage this problem, Angular says we should configure components to use the OnPush change detection strategy.


The OnPush strategy tells Angular that this component's change detection tree should only be checked:

In the example above we can see that the components rendered inside the OnPush component do not update when the counter changes. Since there is no input binding and no template event, that leaves only one option.

At some point we will need to call markForCheck. This marks the view dirty so that Angular will check the component and update its host bindings and template bindings if necessary. There are two common approaches:

Most Angular apps use AsyncPipe, which calls markForCheck internally. This in my opinion creates more problems than it solves, due to the cognitive load of async behaviour in templates plus the non-intuitive nature of RxJS. If a developer isn't familiar with the differences between unicast/multicast, and hot/cold observables, they're going to have a bad time.

Subscribing in components is often frowned-upon, but it's a lot easier than using AsyncPipe, especially for callbacks.

What about subscription management?

Of course, we still need to know when and how to manage long-lived subscriptions to prevent memory leaks.

Both approaches to manual change detection are lacking. This is because RxJS and Angular are built on fundamentally different paradigms. RxJS is functional and composable, while Angular components are object-oriented and imperative. 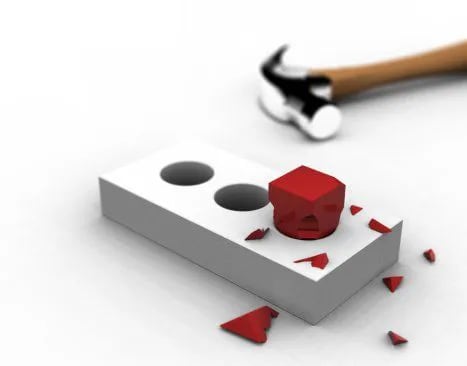 Any directive can be converted into a redux store without added layers of indirection and boilerplate. The possibilities are endless.

Now we can inject stores anywhere without worrying about OnPush or subscriptions. It just works.

This project is currently a proof of concept. It's no where near production ready. If you are interested in contributing or dogfooding feel free to open a line on Github discussions, or leave a comment with your thoughts below.

What and Why: React Server Components in Next.js 13

5 GitHub Repositories every Developer should know

Once suspended, antischematic will not be able to comment or publish posts until their suspension is removed.

Once unsuspended, antischematic will be able to comment and publish posts again.

Once unpublished, all posts by antischematic will become hidden and only accessible to themselves.

If antischematic is not suspended, they can still re-publish their posts from their dashboard.

Once unpublished, this post will become invisible to the public and only accessible to Michael Muscat.

Thanks for keeping DEV Community 👩‍💻👨‍💻 safe. Here is what you can do to flag antischematic:

Unflagging antischematic will restore default visibility to their posts.