I built a web service called Sponsorly. It allows you to manage your newsletter sponsors.

You will generate a unique URL you can share with possible sponsors that will allow them to sponsor an issue of your newsletter.

Also, for sponsors, they can create an account an keep track of their sponsorships.

Onboarding a new user that has newsletters 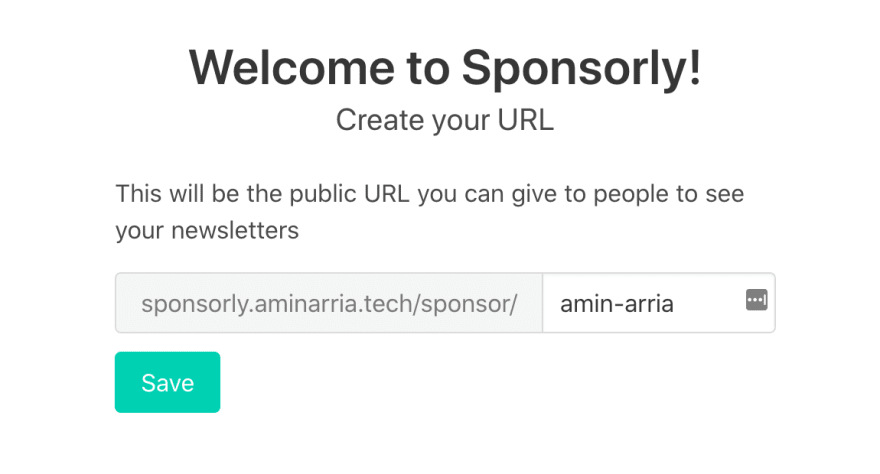 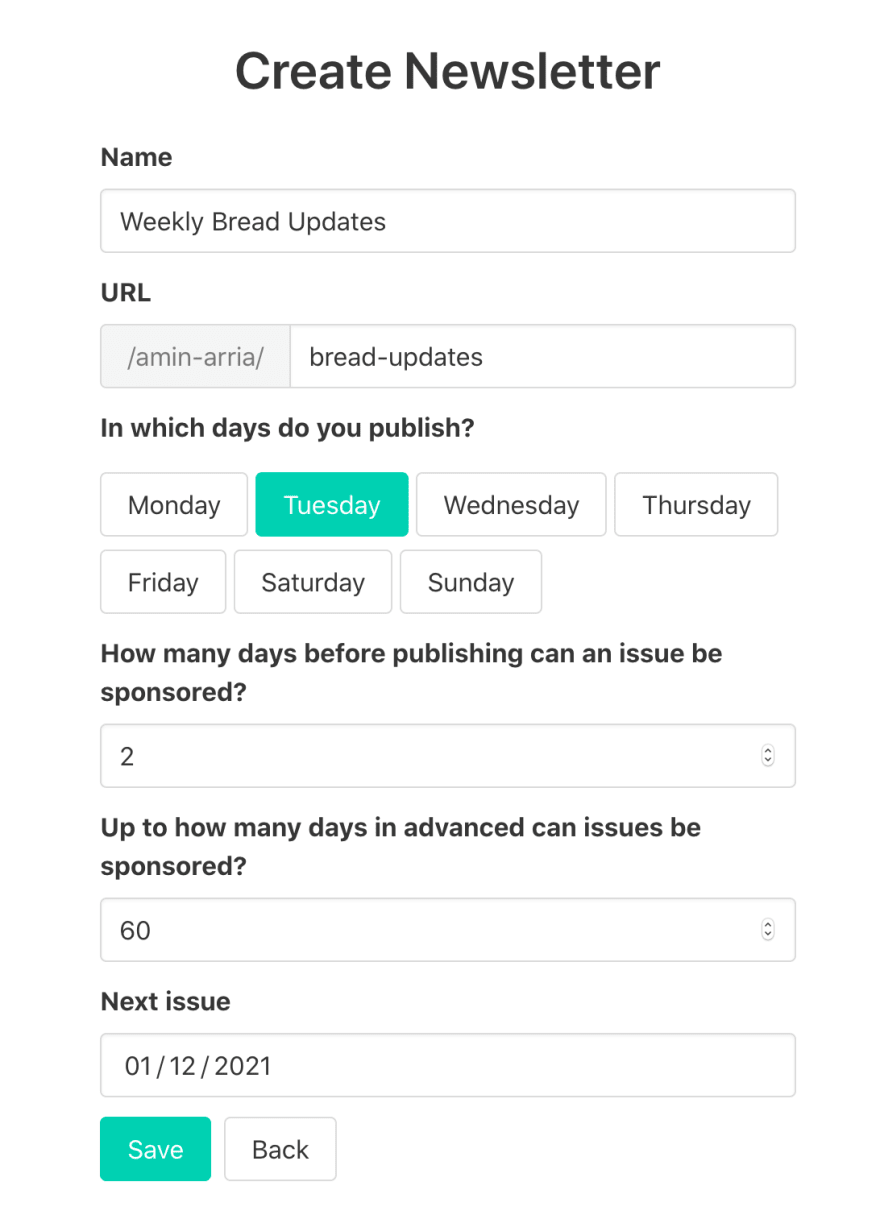 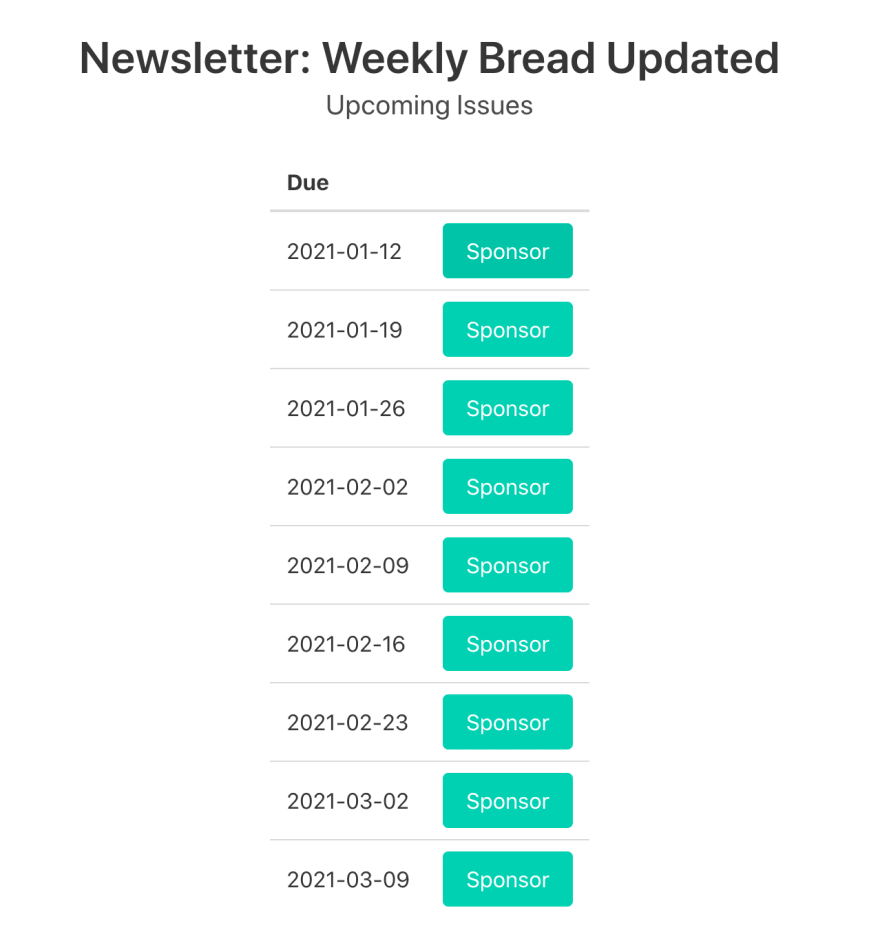 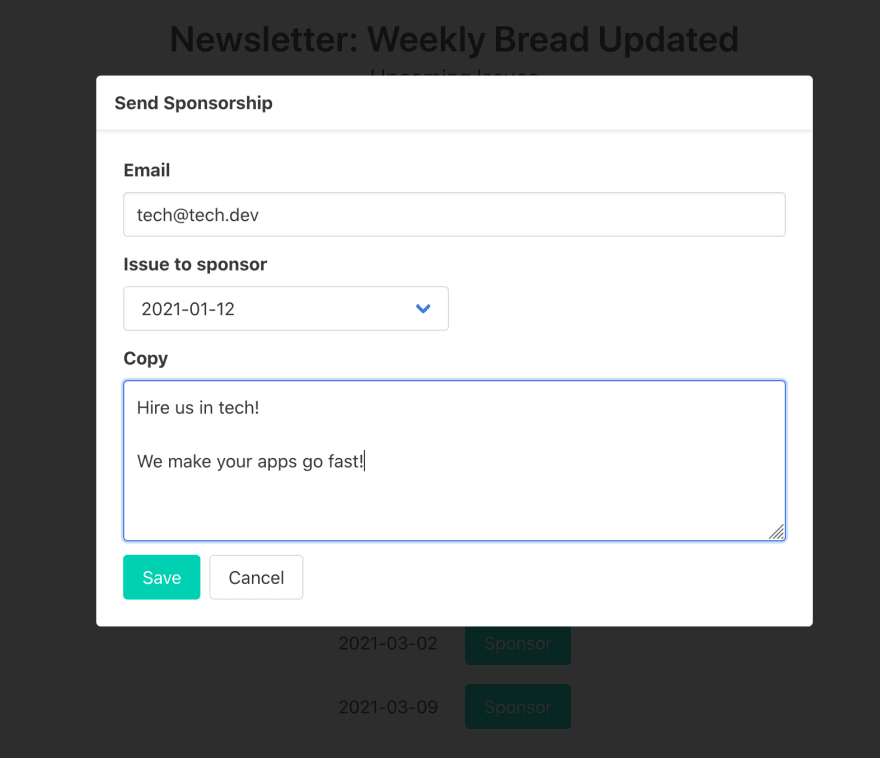 The app has to types of users: Creators and Sponsors.

Once sponsors have sent sponsorships for an issue they can be reviewed and one of them confirmed for that issue. In case it's needed a confirmed sponsorship can be canceled.

When seen the issues for a newsletter you will be able to filter by:

On the other hand we have Sponsors. They access newsletters through the URL generated by a Creator and select an issue to sponsor.

One particularity about Sponsors is that they don't need an account, the app will just ask for an email when creating the sponsorship request instead.

After making a sponsorship request they can register using that mail (or any other time really) and any sponsorships they have will associate to their account.

Then we have to run the migrations

Last, we start our Phoenix server

For deployment we are using releases in a Dockerfile.

Part of using releases is moving the configuration to releases.exs which runs on startup instead of compilations as the other configs. This allows us to have set everything at runtime and not worry about secrets leaking to the world (or at least not so easily).

The following are the…

The idea for this submission came from Cassidy Williams.

On one of her streams she started mentioning that an issue she has with here newsletter is managing sponsors. Some of the problems where:

So I emailed her about using her idea, she gave me the OK, and here we are 😁.

(How did you utilize DigitalOcean’s App Platform? Did you learn something new along the way? Pick up a new skill?)

To build this project I use my day-job stack:

It's nothing fancy, but it gets the job done.

To deploy the project I created a Dockerfile which I then deployed using DigitalOcean's App Platform.

For the deploy to work (and since I had the free credits) I decided to use DigitalOcean's Databases to create a managed PostgreSQL instance.

And that's it! Now Sponsorly is deployed and ready for everyone to use.

Hope you enjoy it 😁

Setting up elixir for mac (with erlang observer working)

Elixir and Erlang code in the same umbrella project