Curating some go-to tips for myself for tweeting with accessibility in mind. I hope others find this helpful.

Not already familiar with "alternative text" or "screen readers"? Check out the "Terms" explainer section at the end of this post.

Quick links / overview of the sections:

Twitter supports providing alt text for images. At this point, you must still explicitly opt-in to expose this as a "feature". To opt-in, visit the accessibility tab in your Twitter settings, and enable "Compose image descriptions".

I still hope someday Twitter enables this option by default (or even requires it), rather than making it opt-in.

When writing alt text, imagine that you're describing the image to a friend sitting across a table from you. Think of how you would describe it so that the full meaning of the tweet is communicated, without ever seeing the image.

I have "alt text" in quotes because currently you cannot provide alt text (as in a literal alt attribute) for animated gifs on Twitter. A lot of folks currently provide alternative text directly in the content of the tweet that contains the gif: 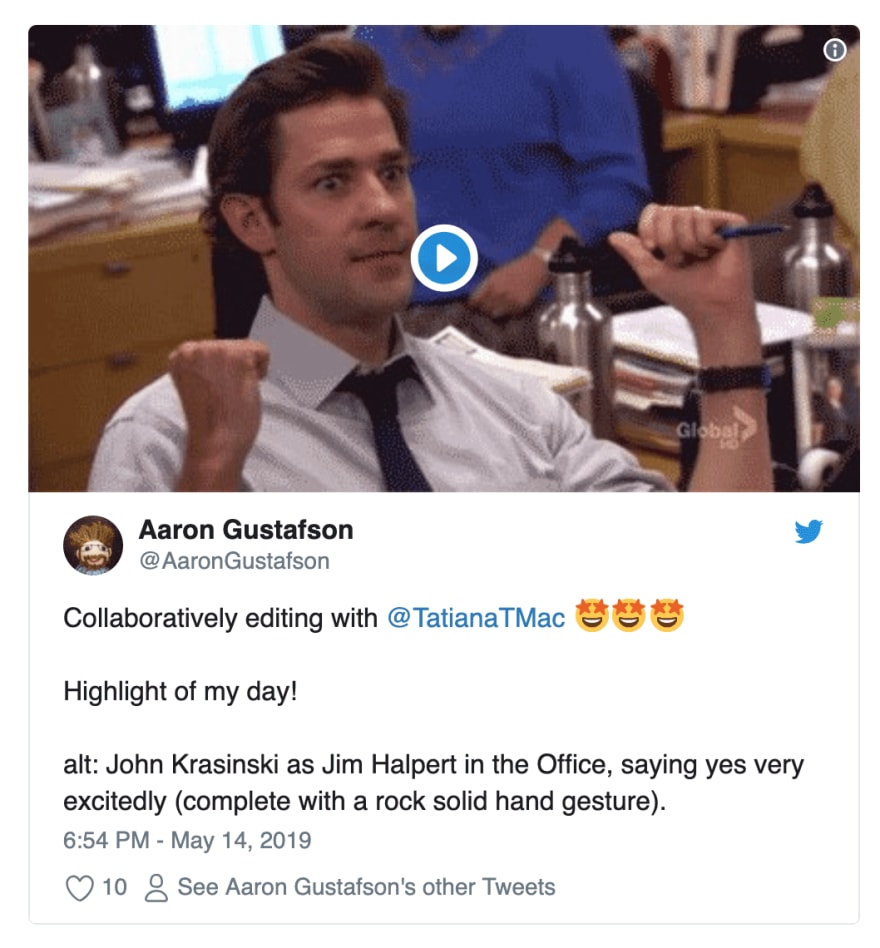 Use camel case or pascal case for multi-word hashtags.

In camel case, words are joined together with no spaces. The first letter is lower-cased, and each additional word begins with a capital letter. (Ex., iPhone, eBay). Pascal case is a subset of camel case, where the first word is also capitalized.

Consider your use of punctuation and symbols.

Awhile ago, the "sign bunny" meme was a thing. A tweet would include an ASCII bunny, holding a sign, conventionally with capitalized text. Reading this type of text content on a screen reader is... obnoxious. 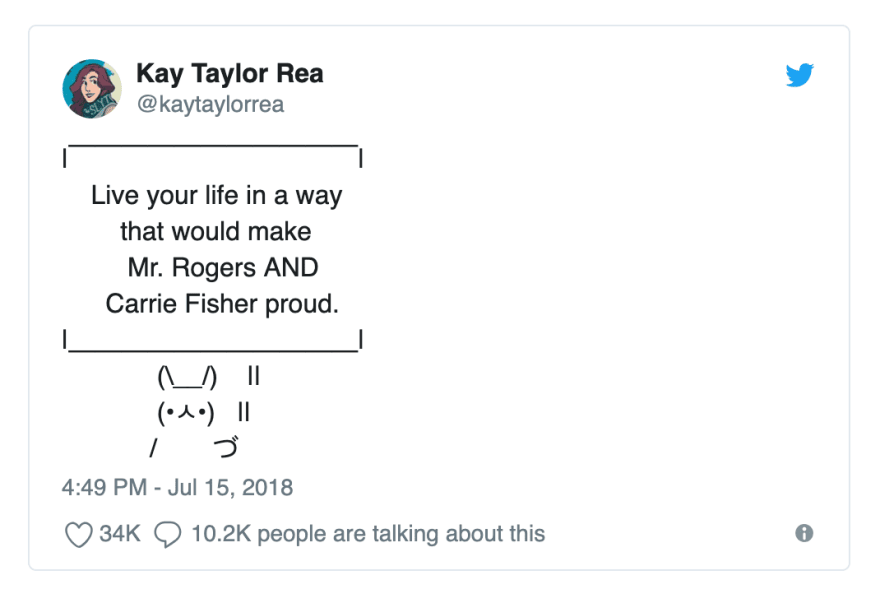 (This tweet is an example, and not intended to call out the tweeter. I chose this one simply because it's one of my personal favorites.)

Below is a screen recording video demoing how this tweet is read aloud using the built-in screen reader for Mac, "VoiceOver":

In situtations like this, consider what the text of the tweet read aloud would actually sound like to someone. A better idea in this case might be to include the meme as an image, with appropriate alt text.

In general, avoid too many emoji. Understand that different screen settings and sizes may make them hard to see, and that different cultural backgrounds (and context) can change their meaning. But beyond all that, they are just verbose in screen readers. 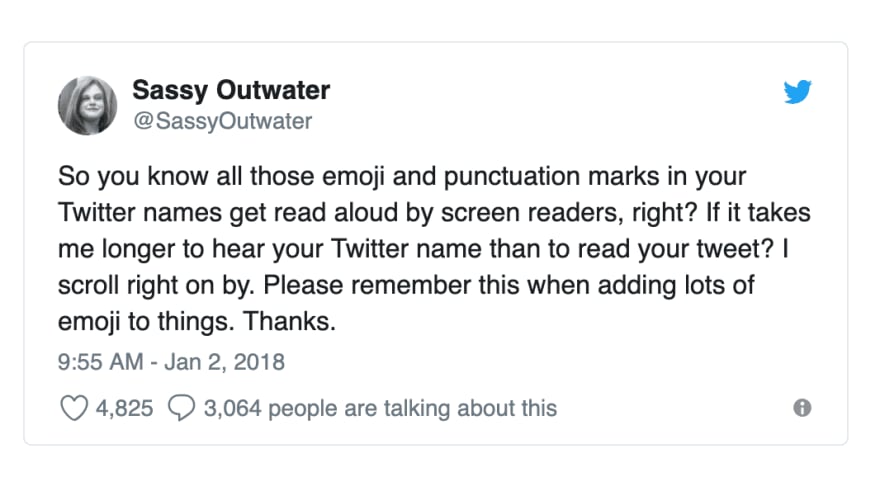 Make it a habit!

It took me a bit to get in the habit of considering all of these things, and I'm far from perfect. One thing I was going to link here was the Please Caption! Twitter bot account, that would politely remind me if I forgot to include alt text. Sadly, Twitter has changed the way bots work (apparently) and it's (hopefully temporarily??) dead.

Alternative (alt) text provides a text alternative to non-text content. The text is read by screen readers in place of images. It communicates the content and function of the image to users who rely on means of navigating the web that aren't visual (blind users, low-vision users, users with cognitive disabilities, deafblind users, etc).

A screen reader is a software program that converts digital text into synthesized speech.

I heart the web. Currently working at Gatsby 💜

New browser on the block!