I currently manage all my Docker containers in my servers via Ansible. However, either for setting up new containers, testing new images or debugging in the case of emergency, I ssh into my server and fiddle a lot with the shell.

The application can be deployed as a single container, there are no dependencies nor databases to install.

It comes as Docker image itself, which again makes it really easy to deploy. To test it locally, just check out the GitHub repository and run docker-compose up. 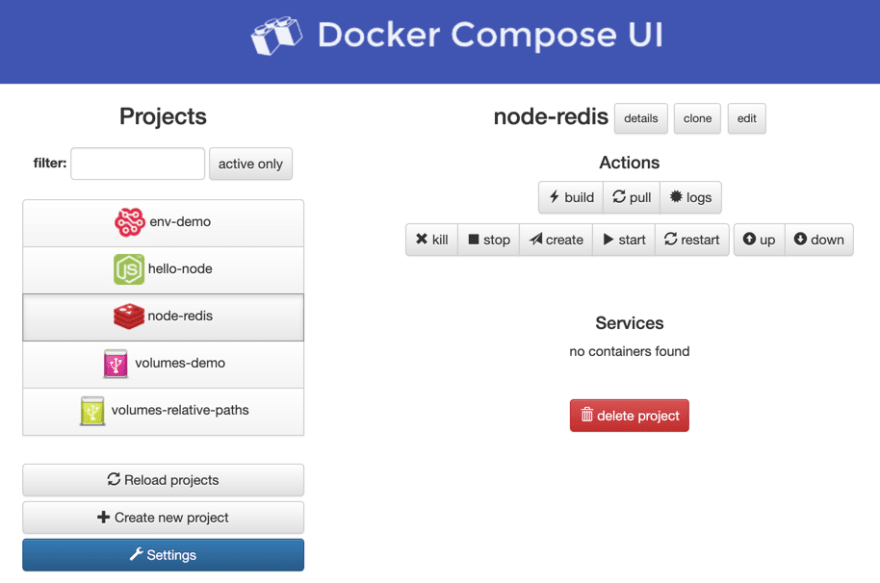 To get the demo project running was quite easy. But…

There is a Catch

Docker Compose UI would be a very useful project. However, the project looks very abandoned to me. Although there are 12 contributors, the very last pull request is open since 2017. The readme was updated the last time in 2018. I might have a closer look into the project or fork it at one point. Until then, it has to stay on the bench.

Getting Started with Hashicorp Nomad

Andreas Heil
Ex MSFT, now teaching how to code for living at university.
What was your win this week?
#discuss #weeklyretro
OpenShift for Dummies - Part 1
#devops #docker #kubernetes #linux
Setup a new mac (for devs [and others]) 💻
#productivity #tutorial #macos #developers