A little backstory, Ruby on Rails is a framework used for web development. Many companies use Ruby on Rails Github, Gojek and Airbnb. Ruby on Rails was created by David Heinemeier in 2003. Since it’s inception a lot has changed for this framework and developers are finding more complex uses for it. Ruby on Rails is based on the programming language Ruby and making small libraries to help development is a common practice among Rails users.

If you have developed a Rails application you must have heard of the term Gems. Gems are like libraries that are made to help simplify your Rails developing experience. In this tutorial, we will be looking into one of those Gems. Docsplit! 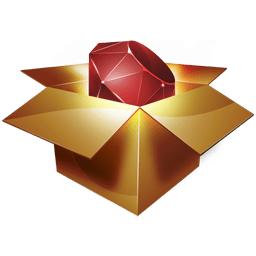 Docsplit is one of my favorite gems. I used this gem for my first Rails project, I noticed the docs can be improved upon and in this tutorial I wish to introduce to you this wonderful gem whilst trying to make clearer documentation on the PDF handling part of this gem.

Adding Docsplit to your Rails project

Of course, what would be a tutorial without an installation tutorial? Installing the Docsplit gem is like installing any other Gem. Assuming that you are using a Linux system, install GraphicsMagick and Poppler using sudo.

GraphicsMagick and Poppler are mandatory for this gem to work, other dependencies need to be installed for some features to work but are not mandatory. One of the optional dependency that I recommend installing is pdftk. Install pdftk using sudo.

After installing the dependencies add this line into your Gemfile.

Then before you run your Rails app run this in your command prompt.

Running your bundle will help you install gems that you added in your Gemfile.

Docsplit allows extracting each page as images. In Docsplit there is an extract_images function, you can call the function like so:

The format parameter is mandatory because it is needed to define what format the saved images would be in. file paths parameter is the first parameter to be passed, the file path parameter is relative to the location of the script. For example:

Assuming the Ruby script is in the same directory as the PDF file then this is how you use Docsplit.extract_images

The size parameter controls the quality of the file output, it defines the desired file resolution.

Docsplit allows for PDF metadata extracting. Metadata that can be extracted are author, date, creator, keywords, producer, subject, title, and length. There is only one single parameter needed for this function, the file path parameter.

For example, let’s try getting a PDFs title. To do that we just need to run:

This function will return the title of the PDF, the return can be stored in a variable to keep the result. To extract other metadata categories we would only need to change the latter of the function.

Let’s do another example, to extract the author we only need to run:

From these two examples, extracting other types of metadata should be quite straightforward.

If you intend on extracting certain pages from a multiple page PDF. The extract_pages method would come in handy. Before trying to implement this method you need to make sure you have installed pdftk.

For example, if you want to extract the first page of a PDF you can do:

Otherwise, if you want to extract the third page of a PDF you can do:

To extract a range of pages. In this case page one to three you could do:

Docsplit is one of those gems that you should consider trying. It is a very useful tool for your Rails project when needed. This tutorial was written based on my personal experience in using Docsplit and much of it was based on the original Docsplit docs (do check it out if you are planning to use it). Cheers.

Agustinus Theodorus
I am primarily a web app developer. Most of my coding time is spent making new for automation purposes or research. My current hobby is writing, I usually spare time to write every month.
Setting Up A Multinode RabbitMQ Cluster On Linux
#tutorial #linux #pubsub #rabbitmq
How To Make Scalable APIs Using Flask and FaunaDB
#tutorial #python #serverless #beginners
How To Deploy Your .NET Core App on an IIS Server
#dotnet #csharp #tutorial #devops