There are 2 approaches to defining your schema in GraphQL: schema-first or code-first.

In schema-first, you write .graphql (or .gql) files, while in code-first you write resolver-like types in Javascript (or Typescript). 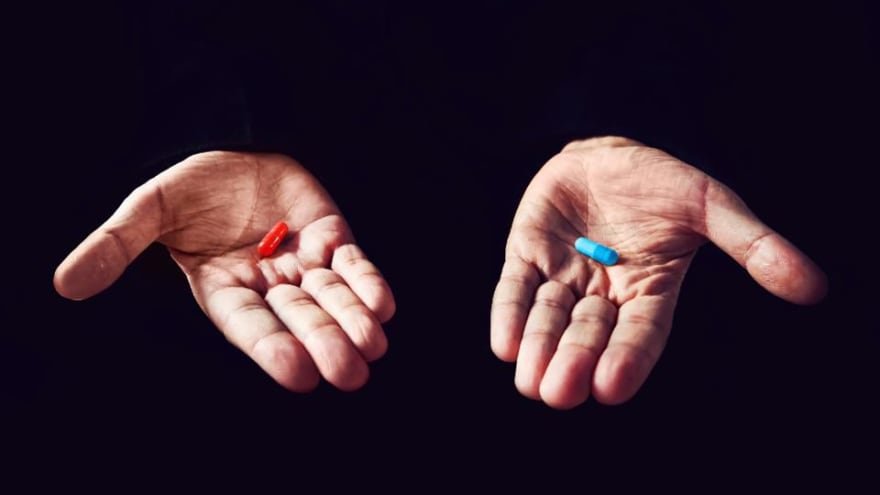 Now, if you're using Typescript, you might find yourself having to write types again for other purposed, your resolvers for example. That can quickly become a problem, not only because it feels like a waste of time, but also because it makes it that much harder to maintain. If your codebase and your schema grow in complexity, and you have a whole team working on it, a small type definition update can cause a huge mess!

If we look at a fullstack Typescript application, we have to duplicate our type definition at least 3 times: 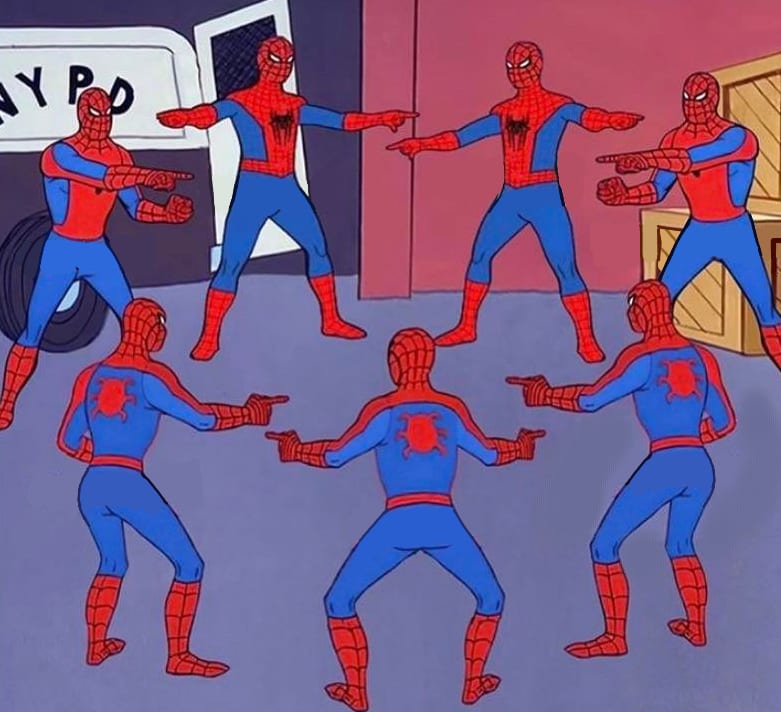 GraphQL code generator is the solution to that problem: you write your schema file and the rest gets generated automatically!

This was originally posted on blog.escape.tech 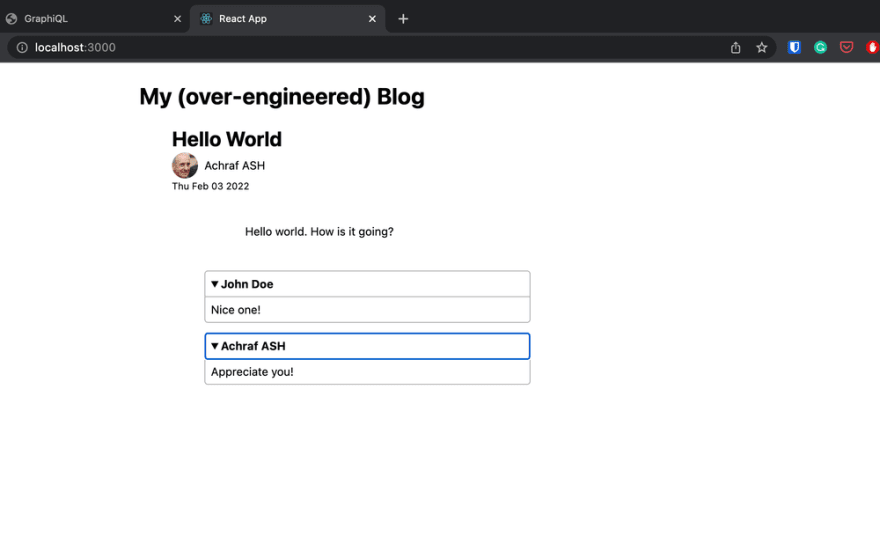 Here are the graph relations: 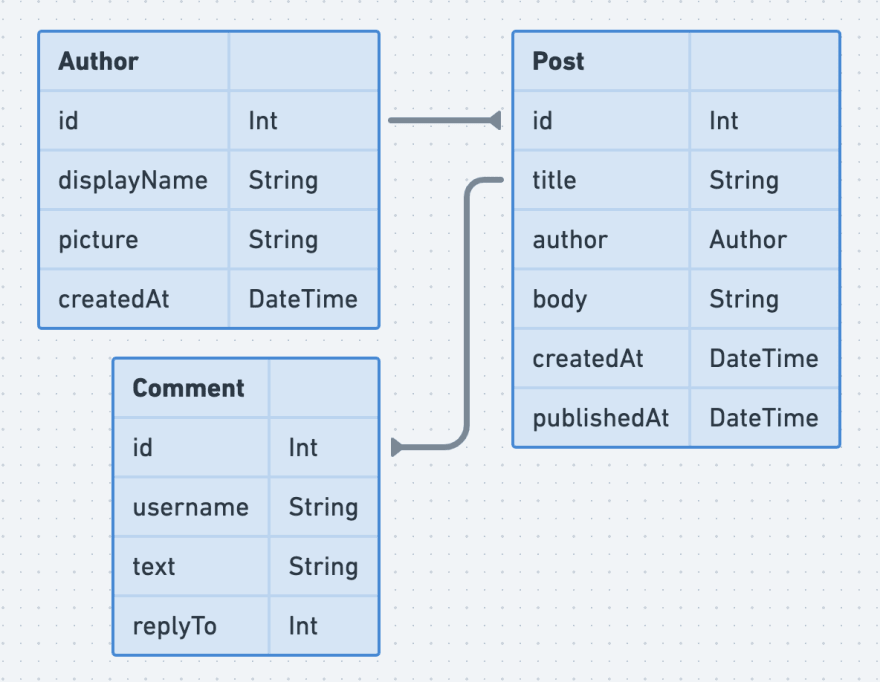 As mentioned above, with this stack we would normally have to:

Phew, that's a lot of effort!

Now imagine if in 4 months we decide to add tags to our posts. We would have to go through the same 4 steps to update the types!

But with GraphQL codegen, we have one single source of truth: the schema file!

Backend with Express and Express GraphQL

If you start from scratch, you can simply install Express, Express GraphQL and Typescript (+ some other utilities):

Then we can very easily setup the server:

Checkout the repo for more details.

Frontend with React and React Query

We can bootstrap a React and Typescript project very easily with the Create React App boilerplate:

and set it up:

Then launch the initialisation proces:

This will prompt a series of questions to set it up for your needs. It's not super important as it's very easy to update the configuration later.

Here is (approximately) the config file that you'll end up with: 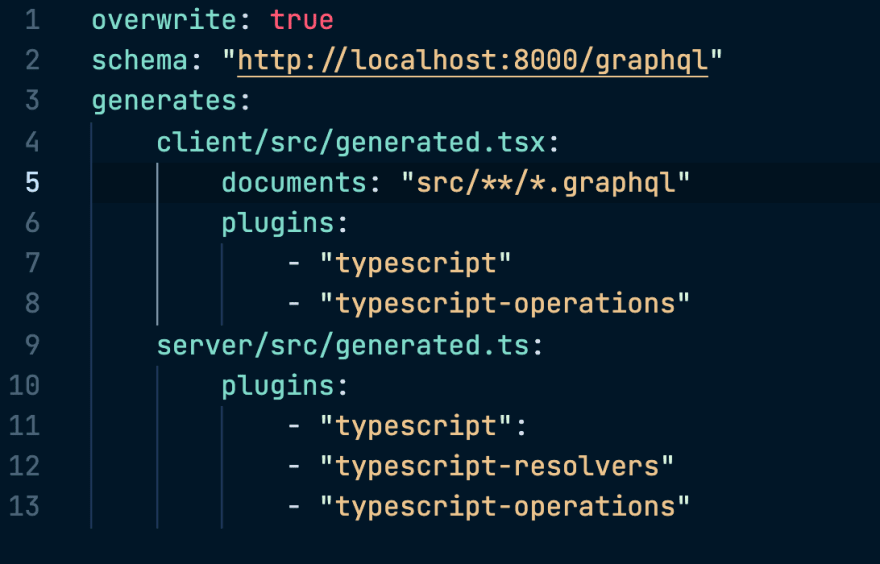 Let's go over each field to explain what it does and configure them exactly how we need it.

This should point to your schema definition. By default, it uses your GraphQL endpoint, but in general it's easier to put the path to your actual schema file:

This is part of the frontend configuration. Documents should point to some schema definition of your operations (queries and mutations). Here's an example:

The installation process didn't gave us an option to add React Query. But we can easily integrate it thanks to the huge pugin hub!:

Fist, we need to install the right plugin:

Then we configure it in codegen.yml configuration file by adding it to the plugins of the frontend section:

What's amazing about this plugin is that it's also going to take care of configuring the React Query client (endpoint, fetcher, etc) so that we can just use simple hooks, eg. useGetAllPostsQuery()

In order to make this work, we need to provide some configuration such as the GraphQL endpoint, but we can also add other things, e.g, an authorization header (with environment variables, how cool is that!):

We are now ready to go!

To generate the types, we can simply run the command:

Use the generated types in the backend resolvers:

And use the generated hooks in the frontend like so:

If you decide to go down the code-first route (blue pill) good for you, but many teams decide to pick a schema-first approach to build their GraphQL API, and even though it's a great option, it can quickly become a burden to test and maintain your code.

But fortunately, graphql-codegen is an elegant solution to fix that problem of code duplication, making the schema file your single source of truth!

In one of our previous post, we shared how every GraphQL framework has zero security configured by default. Most GraphQL APIs are therefore subject to the most basic attacks (brute force, DoS, etc).

To compensate this lack of security in the GraphQL ecosystem, we built a quick scan that will get you started im your journey to shipping bullet proof applications!

You can run a dozen security scans on your GraphQL endpoint for free - no signup - at graphql.security

Phone Authentication with Appwrite and Twilio

Level up Your Webhook Security With Appwrite 0.15

Once suspended, achrafash will not be able to comment or publish posts until their suspension is removed.

Once unsuspended, achrafash will be able to comment and publish posts again.

Once unpublished, all posts by achrafash will become hidden and only accessible to themselves.

If achrafash is not suspended, they can still re-publish their posts from their dashboard.