are built to target a specific Iperating system, we all know iOS application won't work on Android and vice verse.

has cross platform compatibility it's the mixture of both native and web applications. 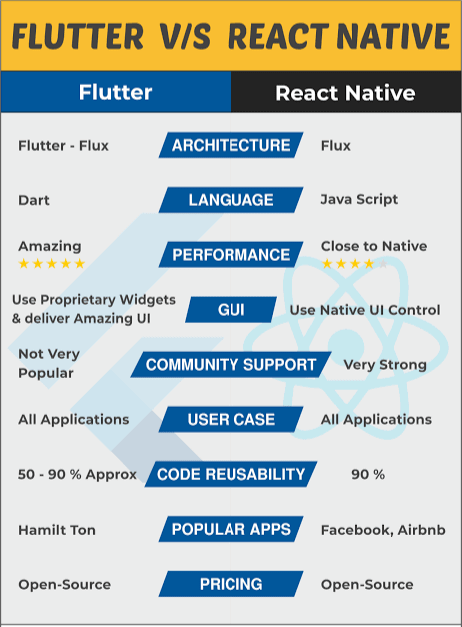 According to what I think I believe using react is better because all developers uses javascript for development it easier to learn and use react Native cause it's not really different from React.
Your Review

Tell us what you feel, which is better to use React or Flutter???

How long does it typically take to be productive in a new job?