What is Dodgecoin and who created it ?

Dogecoin is a cryptocurrency invented by Billy Markus and Jackson Palmer . It wasn’t designed to be used as a form of payment but as a mere joke .

Doge is a meme which portrays a Shiba Inu dog alongside nonsensical phrases in multicolored, Comic Sans-font text. 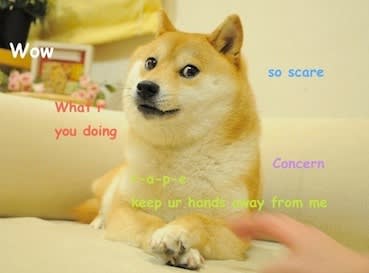 Why has the Dogecoin become popular ?

Elon Musk came in contact with the coin back in 2018 and used to meme about the coin on his Twitter account . Due to this more and more people were directed to the coin which helped boost the coins price by even 800% , the percentages seemed to increase every time Elon Musk talks/memes on the coin . ELon’s ability to dramatically influence the crypto market through social media posts became known as the “Elon effect.”

In short, it seems the selfless community, the light-hearted origin of the project and the real-world utility were the biggest contributors to dogecoin’s early success in the crypto market. Over the last few years, however, dogecoin has really become a kind of cryptocurrency avatar for meme culture, fueled by online communities and support from internet personalities like Elon Musk. As that culture has risen in influence, DOGE has risen in value – essentially taking on a life of its own that its creators never intended.

What Is Taproot? And What Do You Need to Know About It?

Aaron Johnson
A fresher who is pursuing his Bachelors in Computer Science, I'm interested in Machine Learning and IoT. I also like to learn new things and to introduce them to people.
Pi - An Upcoming Cryptocurrency
#cryptocurrency #intro

Once suspended, aaronj will not be able to comment or publish posts until their suspension is removed.

Once unsuspended, aaronj will be able to comment and publish posts again.

Once unpublished, all posts by aaronj will become hidden and only accessible to themselves.

If aaronj is not suspended, they can still re-publish their posts from their dashboard.