When deadlines are looming and there’s still a lot of work to be done, the solution is simple.

After all, a person who works 90 hours a week should be at least twice as productive as a person who only works the standard 40 hours a week. That’s just simple math.
If you live in the real world, though, you already know that this is bullsh*t.

Overtime seems like a simple solution to increasing productivity, and in the short-term, it may get “more work” done. But eventually, overtime kills your business—its productivity, its output, its moral, its profits, and more.

To understand why overtime should be avoided at all costs, you have to understand the real damage it causes—and what causes businesses to need to work overtime to meet their goals and deadlines. That’s what we’ll look into here.

Why Overtime Isn’t Actually Worth It

The 40-hour workweek works for a reason.

Think about how you spend an eight-hour workday. You arrive, settle in, pour a cup of coffee, and prepare for your day. By about two hours in, you’ve hit your stride and reached maximum productivity. You can probably maintain that until about hour six, when you start to get tired and wind down. After eight hours, you’re tired and it’s time to go home, but there’s still time left in the day to relax and unwind before getting a full night’s sleep so you can start the next day feeling fresh. The weekend is plenty of time to run errands, see friends and family, and fully recharge to start a new week. 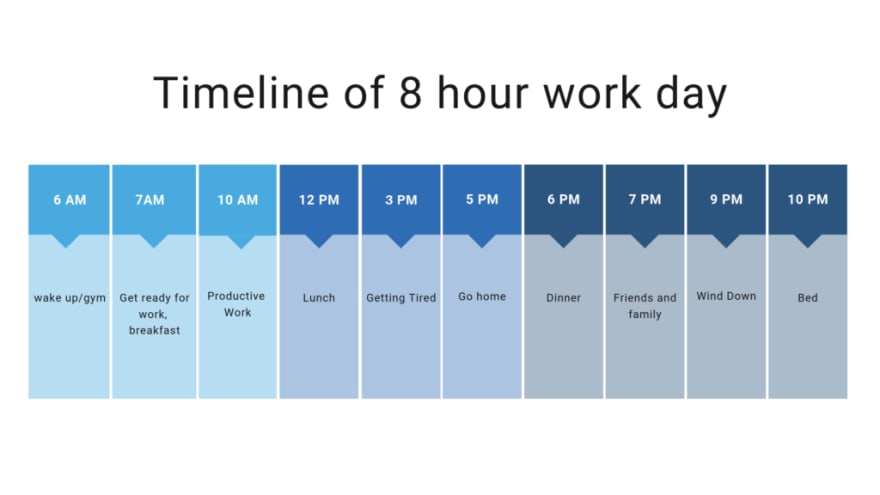 Now compare that to a week of overtime. At eight hours, you’re too tired to continue to do good, productive work, but you still have to work for two or three more hours. You go home, and there’s not enough time to unwind or get a full night’s sleep.

You’re still tired when you arrive at work the next day, so you’re still unable to maximize your productivity.
Plus, as you go more days without getting enough rest, you get more and more exhausted.

Eventually, it’s possible to fall into negative productivity because of the compounding exhaustion that comes with every-day overtime. 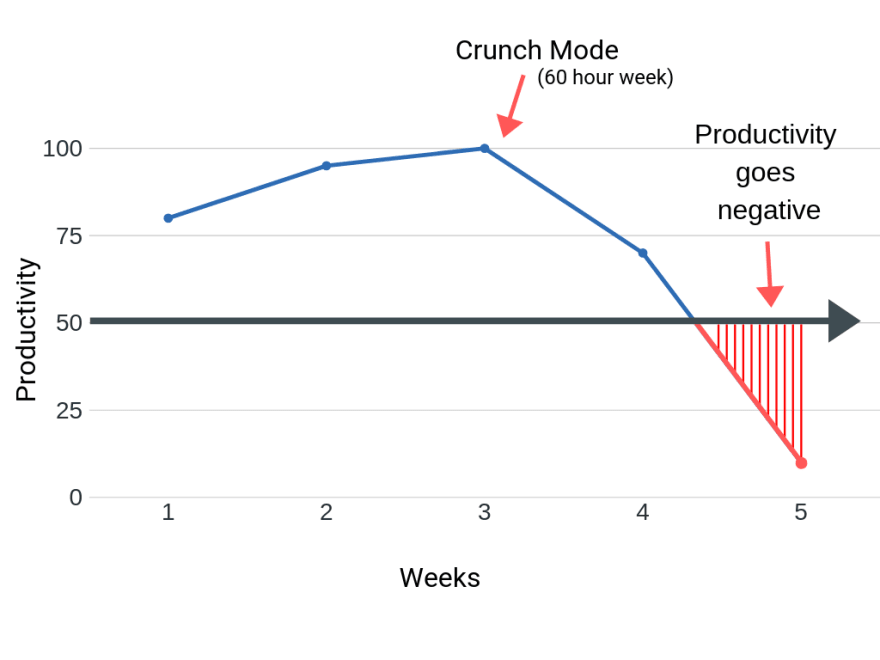 Research shows people tend to only be able to be really productive for around three hours a day. Forcing your engineers to spend hours more than that with their butts in their chairs won’t change the fact that science says they’re not gonna get any more good work done.

Paying full wages for negative productivity obviously isn’t good for business. But it’s not the only way overtime can negatively impact your bottom line.

A Circadian study showed that required or regular overtime tends to decrease employee morale while it increases absenteeism and turnover. You’ll have a harder time recruiting and retaining employees, and as we know, turnover comes with huge costs for businesses.

The Business Cost of Overtime

Let’s start with the cost of employee turnover, which is extremely well documented.

There have been studies done that suggest it costs 6-9 months’ salary to replace a salaried employee. For someone making $40,000 a year, that means $20,000-$30,000 in costs to the business every time that employee needs to be replaced.
But to be honest, that estimate may even be on the low end.

These are just some of these costs that come with replacing an employee:

Turnover isn’t the only way overtime may be costing your business, though. Think about trying to work when you’re exhausted. It’s not the best quality work, right? It probably takes longer to do a task you could do quickly and easily when you’re fresh and well-rested, right?

Having to pay more wages for employees who aren’t doing productive work because they’re worn out isn’t the best use of your company funds. And if those exhausted employees make mistakes and have to re-do work because they’re too tired, you’re essentially paying them to do the same work twice. Sure, humans can always make mistakes. But science shows they’re more likely to make them when they’re worn out, which means overtime is costly in terms of mistakes people will make and what you’ll have to pay to fix them.

Overtime hurts more than just your business, though.
There’s been a ton of research done on how overtime affects workers, and the consensus is that it’s terrible for people.

A study published in the Journal of Social Science and Medicine found that 39 hours of work per week is a distinct tipping point, and that working longer than that tends to cause mental health to decline. That same study found that working more than 48 hours a week is not only detrimental to mental health but causes a noticeable decline in physical health, too.

A study published in the Journal of Occupational Medicine found that long work hours contribute to anxiety and depression and cause sleep quality to suffer. Another study published in Nature and Science of Sleep found a link between those long work hours—and the poor sleep quality they cause—to longterm health problems, including cardiovascular disease, Type 2 diabetes, and certain cancers. 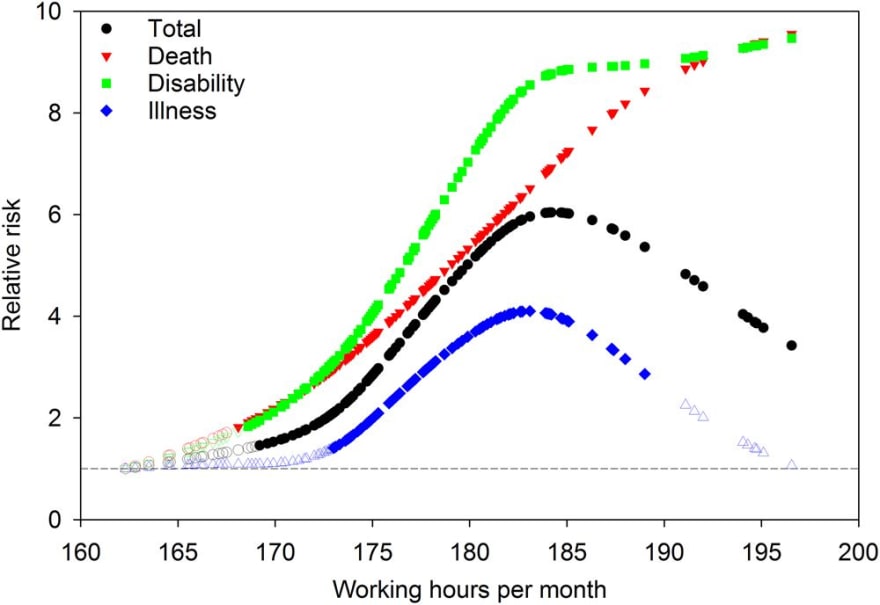 And a study published in the Social Policy Journal of New Zealand found that working long hours harms interpersonal relationships, particularly with spouses and children.
Oof. The research is clear that overtime is massively unhealthy for your business and your people.

So why do managers continue to rely on overtime at all?

Best Portfolio For Developers For Getting Hired In Company

10 DevTools tricks to help you with CSS and UX design