“At times, it seems that we came with the excavators to the site, where everybody is still digging with shovels.”

CherryHome is a smart system for elderly care that uses computer vision, recognizes people using a digital skeleton, assesses dangerous situations, notifies family members or caregivers about them, and sends daily reports about users to their relatives. Crunchbase, Forbes, VentureBeat and many others have already written about CherryHome, so now our turn has come. 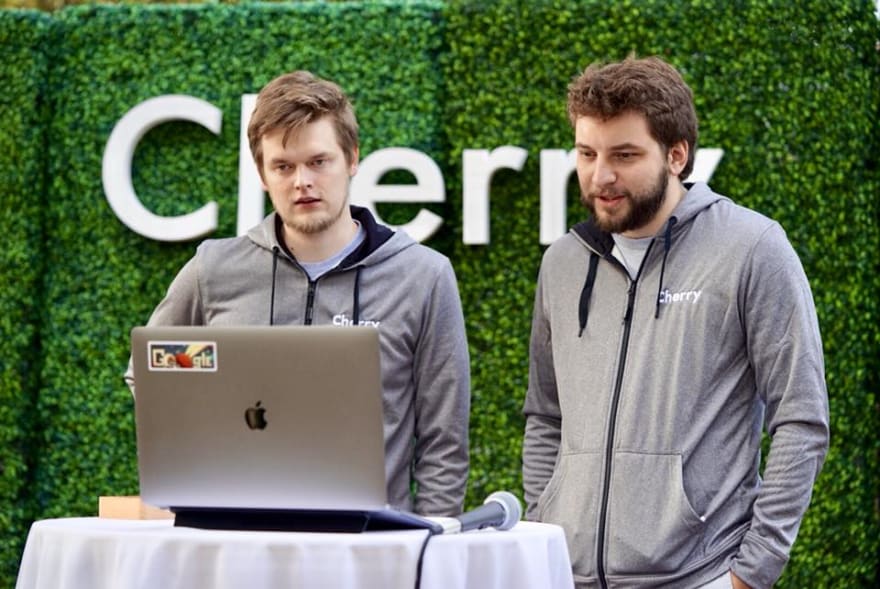 The startup was launched in 2016 in California, where after TechCrunch Disrupt Maxim met with the fairy godmother of all Russians coming to the Valley, Nikolai Davydov, who immediately offered to support his idea.
CherryHome managed to attract $6.9 million in funding, to build a distributed team, become recognizable in the Valley, and interest Panasonic and Fuji, to save one grandparent and change the elderly care industry.

Maxim believes that companies with “fruit” names are lucky in the Valley (CherryHome is named after Davydov’s dog), we tried to figure out what helped CherryHome besides luck and “Valley magic”, how a distributed team functions, what path the project has overcome from the origin of the idea to today, and what drives the creators trying to connect grandparents to artificial intelligence.

Stas, how did you join the project? Why did you decide to leave a successful career for shaky ideas?

Stas: I met with Maxim when he came to St. Petersburg. While eating burgers, he told me about the US and Nick, how he offered him an investment, barely heard the idea. Max himself did not know whether it was true or not. At exactly the moment Nick called, his suggestion turned out to not be a joke.

Maxim asked me to join him, and I immediately said: “Yeah, let’s go!” The project was a challenge for me — much more difficult than my work in Yandex. 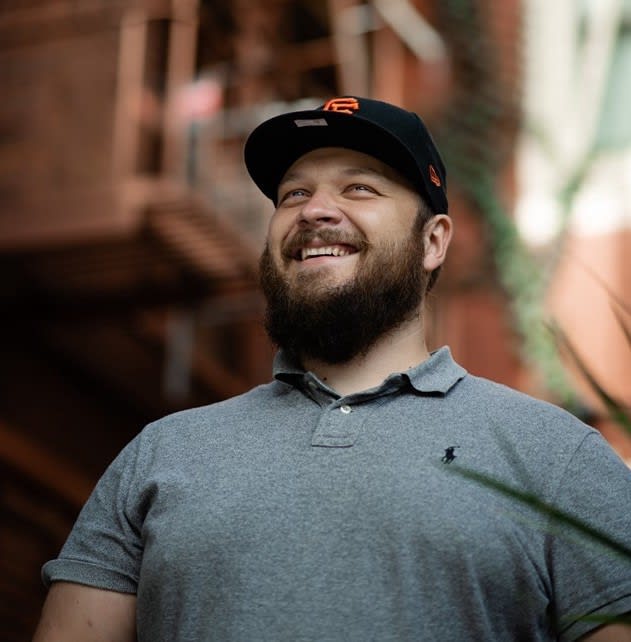 And how did Ben join you? What attracted him?

Stas: Nick and Max organized an event to attract people to the project; then there was Ben. His children go to the same school that Nick’s children do. They met there. Ben listened, decided to invest, and also offered to help with his expertise in hardware. As a result, he became a full-fledged part of the team, goes to the office, and is responsible for the whole hardware-department.

Maxim: We realized that money needs to be involved in such relations. But, that money doesn’t always have to come from you. When money comes from a person, they are also interested in the success of the project.

Ben was attracted by the fact that we are very fast. Usually the cycle of bringing hardware-products to the market — a few years, but we got the first customers after about a year. He liked our results in our computer vision, so he wanted to participate in the project. 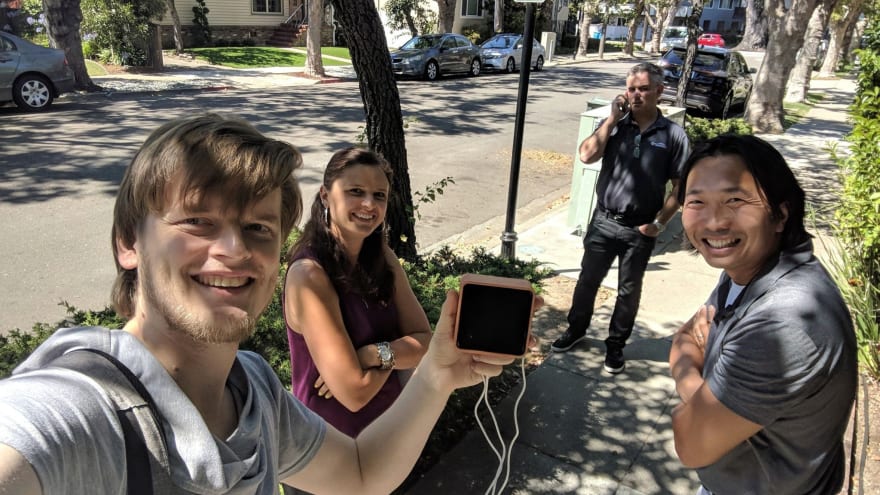 How many people are on the team today?

Stas: The team consists of 26 people from Moscow, Nizhny Novgorod, Sochi, Kiev, Kharkov, and the USA. 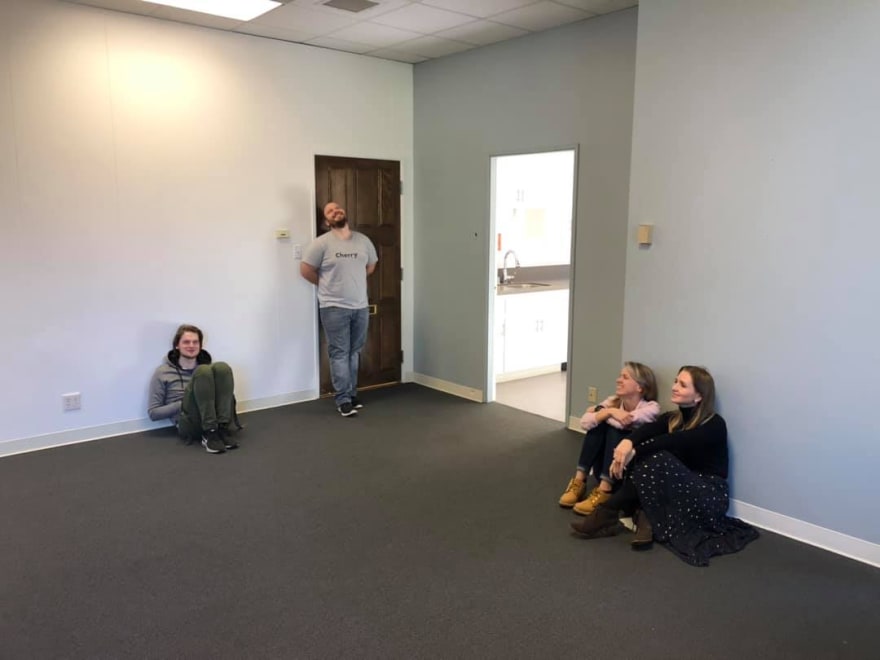 How did you get them together? What difficulties did you face?

Maxim: The first two employees we met at a conference. We listened to how they explained the problem of determination the behavior of drivers inside the car: if they fell asleep or is were talking on the phone. We told them about our project and people joined.

Stas: The problem with hiring was that today’s ML engineers, barely out of universities, already consider themselves great specialists. But they have almost no knowledge of classical computer vision algorithms. We understood that we needed excellent specialists with a wide range of knowledge both in ML and in classical algorithms. We wanted to build technology at the junction. We managed to find people with 10 years of experience in Computer Vision and PhD’s. They liked our idea and immediately joined the project.

Why did you hire mainly in Russia?

Stas: There is an opinion that there is a good pool of programmers in Russia. We also hold this opinion.

What about the difference in the price of specialists?

Stas: Specialists of such a level who work with us, cost much more here, and large corporations, which are difficult to compete with, enticing them by throwing money.

Many still do not see the fundamental difference between a freelancer and a full-fledged remote employee. How do you feel about hiring freelancers for a distributed team?

Maxim: A freelancer does not know how to play on a team. Therefore, we would rather give preference to someone who has had experience in a corporation.

What rules and traditions do you have within your distributed team? Any personal discoveries?

Maxim: We try to hire people stronger than ourselves, because they can teach us new things. But a person working remotely can open up and doesn’t hesitate to teach others, unless you create the right atmosphere with a high level of trust.

On a team, we have a rule: if you can use a camera, use a camera. There are meetings where we all connect via video, and this tradition seems to have brought positive results. For many millions of years, people have communicated, looking at each other. If you often see a person’s face, you begin to believe that they belong to your tribe, and there is the evolutionary mechanism to protect our compatriots within us.

How did you build the management of your distributed team? On the principle of “trust, but check”? What’s more important in your case?

Stas: There is no particular strict control. Delays happen for family, household reasons, but they do not want to let down colleagues and quickly make up their part of the work.

Maxim: The responsibility of teamwork is magic. The head sometimes is not even necessary to make observations. We do not want to implement any strict rules and systems of punishment, on the contrary — we try to maintain friendly relations.

Looking for a direction and transformation of the product

How did the product come to what it is now? What ideas did you have to give up?

Maxim: We started with a few ideas, taking care of the elderly was among them. But we refused it: we underestimated the market and thought that doing it was not such an interesting idea. Then we moved on to the automation of smart homes. We realized that it was very expensive and yet no one really needs it. Then, we made a security system, which was supposed to reliably determine who is who, and turn on the alarm if an uninvited guest came.

We quickly realized that the achieved accuracy did not allow us to do it. There are technologies whose accuracy is close to 100%, and any quality of facial recognition is incomparable with a pin code. Besides, we wanted to control the whole house, which meant installing cameras in every room: the system was very expensive and did not work perfectly.

Our next idea was family members being able to act as assistants. We wanted to improve the lives of family members by telling them what was happening at home. Here we are faced with many problems, and the pilot project realized that spouses don’t always want the other to know everything about them. It was difficult to build a product around this idea. Then we decided that there are two categories of family members, those who want to know everything about each and for whom it doesn’t cause any conflict, — children and elderly. Usually, everybody shares information about the kids to everyone in the family and everyone is glad. The same story is true with the elderly.

In the US, children under 12 years old cannot be left alone (for us, with our mentality, it seems at least strange). If you leave an 11-year-old child at home for half an hour — it’s against the law. Therefore, babysitters are very common here.

We decided that we can make a monitor to control babysitters and the kids with them. But children do completely different things and if, for example, the child fell, in most cases it is not a problem. It was extremely difficult to describe all the cases that we had to take control of.

Adults do similar things every day, anomalies are easier to identify. We launched a pilot project with caregiving agencies, found out that hiring a nurse to be with an elderly person 24/7 costs $20,000 per month. We thought that we could reduce the cost of the service, and chose this direction as the main target.

It is important to understand that this is only the direction of the product, but our technology allows a lot. In everything that concerns the analysis of behavior in small rooms, our technology is the most advanced. In general, the technologies that are used in this industry are very outdated. At times, it seems that we came with the excavators to the site, where everybody is still digging with shovels. 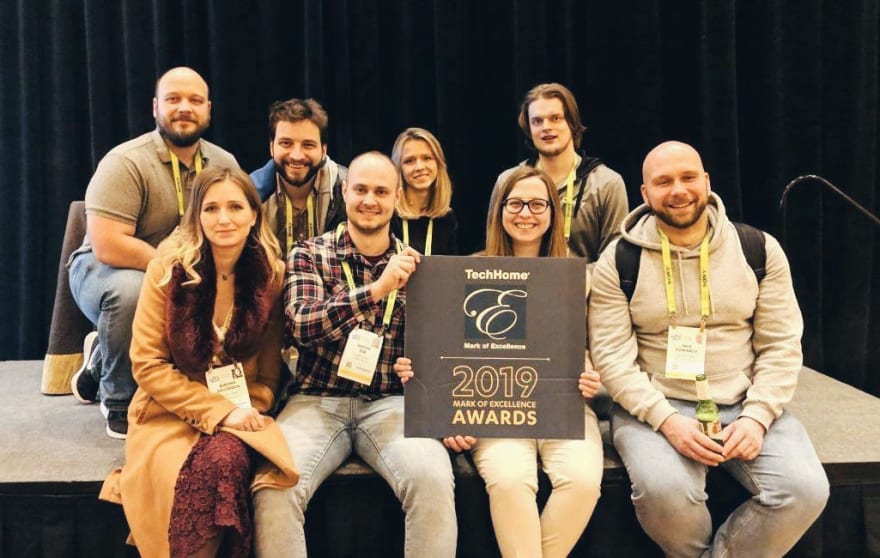 Who promotes your product? How does Cherry get into users' homes?

Maxim: Nick is more engaged in the promotion, well, I am in terms of the vision of the product.

Switching from B2C to B2B helped us a lot. Caregiving agencies already know the problems of their customers, understand what they need and how to sell it. This is a huge advantage, because we do not need to explore the market from scratch. We came to the territory where the rules of the game had already been set...

Find a remote job
So, how many of you respect CSS as a programming language?
#webdev #css #discuss
The M1 Mac - Is it worth it for devs?
#systems #node #codenewbie #discuss
Nerd Clump References
#database #discuss #startup