We talked to Tikhon Belousko, CPO of Resume.io, about how he became a full-stack designer from a developer and co-founder of an international company with 4.5 million registrations from yesterday's student. More so, we asked him about what is more important: doing something cool or doing something unique.

Resume constructor, Resume.io is 3.5 years old. Printing a resume on the service costs $2.95 with about 250,000 new users registering for the service per month. Tikhon does not disclose the company's income, but easily shares his life's philosophy — you just need to be a nice person to live a good life. So far, it seems that this ideology has been trouble-free.

"In Finland, my laptop was stolen. I had to make money to get a new one. So, I started freelancing"

Tikhon, tell us first about yourself, about how you got to the Resume.io project?

I studied Programming in the city of Rostov-on-Don at the Institute of Mechanics and Mathematics.

I mean, I attempted Programming. When I started university, my classmates had already known how to do a lot of things. I looked at them and thought, "One day, I will be able to do all of this, too."

I got a computer quite late in high school. However, I did not have a computer for the first six months of university until my parents moved to Rostov, too. I lived in a dorm and did my homework on campus.

Even at that time I was already interested in the visual part of what I was doing. Even when we did practical tasks I thought, "What interface would be suitable for this?" At that time I did not know that there were people who specialize in interfaces. I thought that programmers did it. Why would there be someone who only designs?

While studying, I got a job in the company Smartomato. They helped restaurants to make websites and organize deliveries. In Smartomato, there was no designer (there I actually understood that they do exist). It was a great reason to get into design. I could think and draw what the features would look like. However, the primary focus in the field had always been development, design only secondary.

This is still happening. In our team at Resume.io there is already a designer, but I often still do the design myself and write code for it. For example, now I am rebuilding the Resume.io blog. 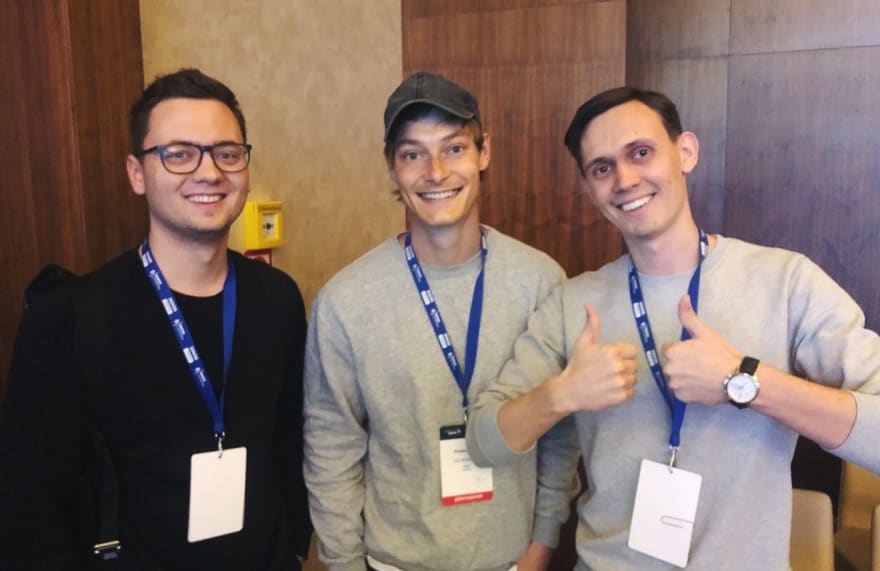 After my bachelor's degree, I applied to St. Petersburg Academic University, but failed the interview. Then, I was sad for a while and decided to do my master's in Rostov-on-Don. I chose a "Computer Science" focus — a dual degree program. So, I could study abroad in Finland for a year and get a second degree there.

I have always been interested in international experiences. Throughout my childhood and primary school years, I lived in a small town, Yegorlykskaya (110 km away from Rostov-on-Don), with a population of 17,000 people. There were only three schools. I thought I knew everyone there.

At that time, I had no idea how people lived in big cities, worked for big companies, how everything was set up there, so I had a kind of thirst to see how different life could be.

In Finland, I was at a cafe on my birthday and my backpack, laptop inside, was stolen. I had to make money to get a new one. So I started freelancing, mostly on Upwork. Upwork is so specific that in a short period of time you can do a lot of things, because first you take on a bunch of contracts in a row and then you have to keep up with everything. The projects you do there may fit while you're at uni, but they don't last.

In the meantime, I did a test task for Mathrioshka, the group there did data analysis of urban environments. They took me, and in the end, I did my scientific work with them: we analyzed the accessibility of transport in Moscow.

While I was doing my research, some dude wrote to me on Upwork. Like, "I have an idea, let's do it together." Well, I explained that I couldn't take any work, because I was overloaded at uni until the end of the spring. I rejected his message, and he couldn't write to me via Upwork. But a week later, he messaged me on Skype and said he was willing to wait until I was free. It was Menno, our Resume.io co-founder from the Netherlands.

When I returned to Rostov, we got in touch and he told me about his plans. He wanted to build a spaceship that would not take off in a quirky way. I proposed building a plane first, which would huff and puff, but fly. He liked the plan.

Since I am engaged in both design and frontend, we just needed somebody for backend. Thus, I invited my friend Alexey Taktarov, our third co-founder and CTO now. Alexey, by the way, can do frontend and even design, too. At the last meet up he talked about design, which is quite rare for a technical director.

Over the summer, we launched the first version and got our first paying customers. At that time, Resume itself had not yet paid off, but we realized that we had created something working, something that could even make money. 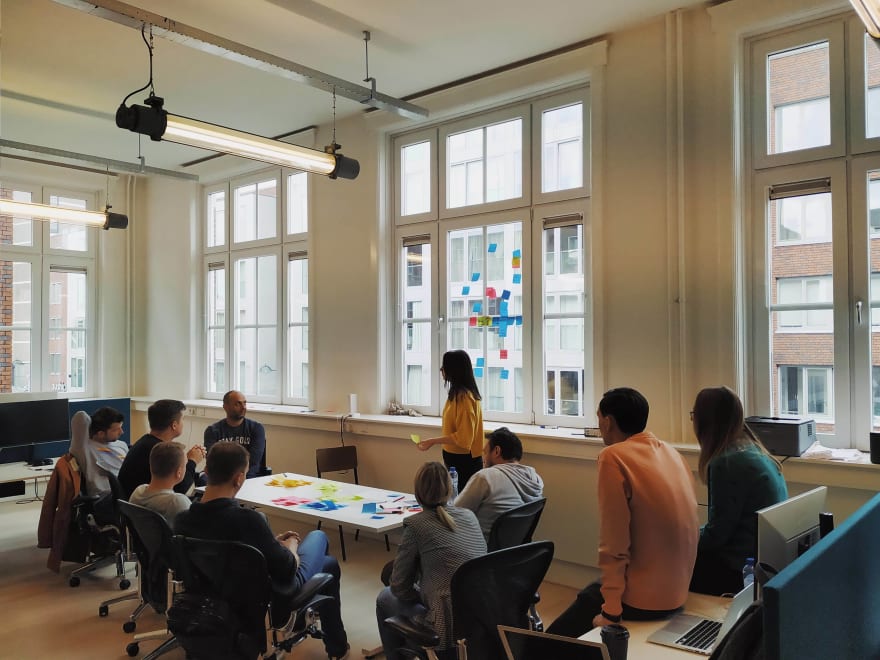 Why did Menno pick you out of a lot of developers? Why was he willing to wait?

Good question. I haven't asked him, by the way.

Well, I'm pretty nerdy. I'm sure all the things you do need to be done carefully. Such features can not be appreciated when you're a kid, but come in handy when you've grown up.

In geography class, we had an assignment to draw warm and cold currents on contour maps. I spent a lot of time drawing straight arrows, just like in an atlas. The next day I show the teacher, I get maximum points, and then the dude with arrows somehow drawn with a pen gets the same. Well, something like this apparently happened at Upwork in April 2015, when Menno messaged me.

That's how I feel about everything. If we do Resume.io, then our service should be the coolest. If I'm making a portfolio, I'll look at the best examples. Often what is beautiful is actually just neat. I'm not a designer who does super original things, I'm someone who does functional and neat. That's how I designed my portfolio. I also had good reviews.

In the Autumn that I returned from Finland, after we had already launched Resume.io, I presented at a conference with such a strange topic like "How to live?" or "How to be?", something philosophical. For an hour and a half, I talked about how everybody just needs to be a nice person to live a good life. They need to be kind, responsible, communicate properly with people, and stuff like that. Actually, I still think this way.

How did Alexey appear in this story? How did you meet?

We became friends in university, because we had similar views on being calm and collected and doing things neatly.

He was interested in JavaScript and enthusiastically told me what you can do in it. Then he recommended me to Smartomato, we worked together, spoke at meetups. Then Alexey created Code Hipsters — a community of programmers.

"We promised him that we would do everything the best way, and leave no trace of any competitors. So, we kept our word"

Why are you interested in Menno's idea? A resume constructor is not a rocket, but rather a new bicycle, after all.

I had trivial, selfish goals. I had just returned to Rostov, wanted to freelance a lot, still didn't have big plans. Remote work in Rostov is bliss. You work for people sitting in offices far away and they pay you in dollars, you pay just 6% in taxes, and live happily ever after.

When we launched the first version of Resume.io, the project didn't have the money to keep Alex and me full-time. We spent a year doing other projects until Resume.io became profitable.

How did you go from hired developers to co-founders?
... 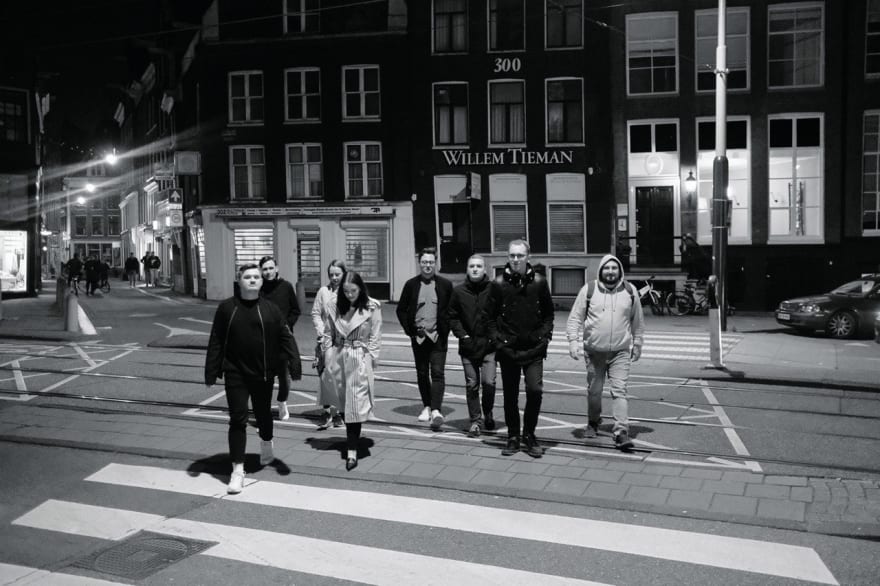 How to become an AWS Community Builder