The cover photo is a screenshot of a Troy Skyline by Jordi Rué created with HTML and CSS. You'll find the code in an embedded codepen in this article.

CSS is the language that sits at the presentation level of the Web alongside HTML and JavaScript.

CSS is easy to start with but it's not simple to work with because it has some features that might seem frustrating at first. These features are what makes CSS such a beautiful language to work with.

In no particular order, here is an incomplete list of what make CSS such a beauty to work with, you might think that you are already familiar with them because you've read about them before and know how to use them.

I'll encourage you to read on because we are going to discuss what makes them an absolute beauty to work it, therefore, you will surely learn something. They are:

The cascade is the "C" in CSS and it is the algorithm that defines how to combine property values from different sources (source). The cascade can be employed to handle properties that is not supported by some browsers.

When a browser encounters one of the properties it does not support it will fail graciously. What am I talking about? Let's find out.

Take the following code snippet, if the browser does not support the linear-gradient property the browser will use the background-color property. Why? The reason for this behavior is that browsers ignore properties that they do not understand.

Therefore, you can be rest assured that a browser that fails to render the gradient will definitely apply the background color. That is simply beautiful. You can think of it as a backup when something goes wrong in such situations.

Property computation based on font size

When you style an HTML element with CSS and you make use of the font-size property with relative unit values, other properties declared afterwards with relative units will be computed by the browser based on the value of this font size.

Armed with this knowledge you will know beforehand the resulting values of other properties in that selector because you have a source of origin for their computation which is the font-size property.

Based on the code snippet above, if you decide to add a padding-bottom value of 0.5em, what will be the computed value?

Without checking in your browser what is the computed values of the font-size and padding-bottom in the following code snippet?

Relative units as their name implies, work in relation with other units or themselves. They are pretty useful in creating responsive typography that scales with the browsers' viewport.

You can read the article entitled Precise control over responsive typography.

Most programming languages have variables. CSS also have variables that simplify the developer workflow and saves repetition in the code base.

When a variable is declared, you can use its value in an appropriate location in your code base. If this variable value is changed, the changes will reflect anywhere it's used in the codebase.

Have a look at the following example:

Whether you are learning about CSS variables for the first time or you are using them already, you should read the following post by @adactio which talks about the behavior of CSS variables and CSS cascade. 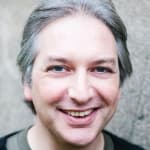 CSS custom properties and the cascade

And if you are using a preprocessor like SCSS, have a look at the article by Ana Tudor on css-tricks entitled "When Sass and New CSS Features Collide".

It talks about the conflict between CSS variables and Sass. What she detailed therein is valid when this article was published.

The attr function is part of the function available in CSS others include calc, url, max, min e.t.c. The attr function is used to extract an attribute from HTML element which can then be manipulated with CSS. There are so many use cases for this, but one comes to mind: styling broken images.

There are situations when an image fails to load, when this happens you can customize what the user will see in-place of the image. The main ingredient is the attr function which is used to extract the image alt attribute (if it exists).

If an image is broken you get something similar to the image below.

You might think CSS is just for styling web pages, but it can be used to create beautiful stunning art. The possibilities are endless and you are only limited by your imagination.

The following pen is entitled: "Troy skyline". It was created using just HTML and CSS by Jordi Rué.

Here is another one, a landscape image created with just HTML and CSS by Ben Evans.

Finally, a renaissance painting by Diana A. Smith called PureCSS Gaze made with HTML and CSS.

You can check her GitHub repo for the source:

An ongoing series in which I create art using only CSS and HTML.

Rules I have for myself:

Because of the artistic nature of this project I have not concerned myself with cross-browser-compatibility, so the live preview will most likely look laughable in anything other than chrome. 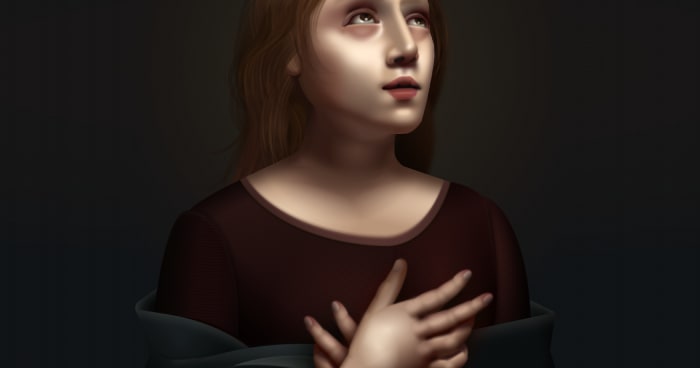 What you can do with CSS is only limited by your imagination. Have fun!

How to add Ckeditor5 in your Next JS, react App

Habdul Hazeez
I teach and write code with interests in Web Development, Computer Security, and Artificial Intelligence.
Google search is experimenting with Dark mode
#google #webdev #darkmode
My WebDev Notes: How to create a tooltip with HTML and CSS
#html #css #webdev
A closer look at CSS functions
#html #css
Forem Open with the Forem app