In this blog, we will discuss two top-rank frameworks i.e. React Native and Flutter. Earlier we needed time, money, and skills to develop cross-platform applications. But nowadays companies need the fastest way to develop native apps. To develop native apps, we must know JAVA for android and SWIFT for ios which waste our time. React native and flutter give us the advantage to write a single code and deploy it to various platforms.

From a single codebase in a flutter, we create natively-compiled apps for mobile and desktop. Google has recently developed cross-platform mobile app development. Dart is the programming language used by flutter. It enables the creation of expressive and flexible user interfaces with native performance.

React Native is an open-source framework developed by Facebook and it runs on javascript. The main focus of this framework is the native application rendering that is primarily compatible with Android and iOS. React native is based upon React JS which is a factor of native code. 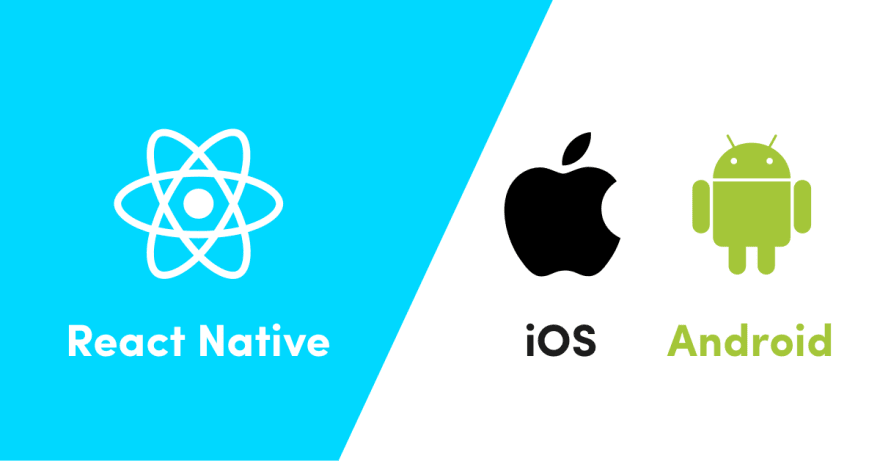 React native uses javascript. It is easier for developers to move on to react-native because of javascript as compared to dart.

Flutter uses dart language. It is just like the C language/JAVA. Dart is not used much nowadays. It supports object-oriented programming like abstraction, encapsulation, polymorphism, and inheritance. Dart bridge is larger but it runs faster as compared to javascript bridge.

React native uses hot reloading or live reloading. When a user makes any changes in the code, changes will be visible to the developer immediately which is the main advantage to seeing the real-time changes in the application.

2. Adding to an Existing App:

If we already have an app and we want to improve that app. We don't need to re-create that app. By using React Native, we can add components that we had to create in our app. It saves our time and money.

React-native makes it easy for developers to pick up where someone left the work and start coding. It increases the flexibility of developers and improves the performance of mobile applications.

1. Takes longer time to get started:

React native takes a long time to initialize the app because of the javascript thread. Any kind of user interaction like events, API response. The longer the API response, it will block the user thread and slow the performance of mobile applications.

React native creates a vulnerability in the security of the system. If you are creating finance and banking apps you don't need to choose to react-native because for the banking app the data is confidential and we need security for confidential data.

3. It's a Difficult Task to Learn the React Native:

Flutter provides fast reloading after changes are made in the application.

Flutter is open-source and free to use. They provide substantial documentation and a large community that helps you to solve any problem you might run into.

You may utilize the same code base for your iOS and Android apps because Flutter is cross-platform. This will undoubtedly save you time and money.

Since widgets are the part of flutter app. That's why we will experience fewer compatibility issues on different operating systems which saves time.

1. Not suitable for web apps:

Browsers do not currently support Flutter-based applications. This implies you won't be able to use any web applications. It also does not support watchOS and tvOS.

2. It's a Difficult Task to Learn the Dart:

Dart is a lesser-known programming language, yet it is necessary to master it to work with Flutter.

3. Does Not support 3rd party libraries:

It does not support 3rd party libraries which increases the programming tasks.

Apps that are built on React Native:

Apps that are built on Flutter:

How we create a Flutter app:

How we create react native app:

How to set HTML lang attribute in Next.js

Things all JavaScript beginners should know

Zenkoders
How to change the app name in react-native(in android and IOS):
#ios #android #react #javascript

Once suspended, zenkoders will not be able to comment or publish posts until their suspension is removed.

Once unsuspended, zenkoders will be able to comment and publish posts again.

Once unpublished, all posts by zenkoders will become hidden and only accessible to themselves.

If zenkoders is not suspended, they can still re-publish their posts from their dashboard.

Once unpublished, this post will become invisible to the public and only accessible to maheenriaz.

Thanks for keeping DEV Community 👩‍💻👨‍💻 safe. Here is what you can do to flag zenkoders:

Unflagging zenkoders will restore default visibility to their posts.