What Is Object-Oriented Programming?

Object-Oriented Programming(OOP) is a programming paradigm to organize code on the concepts of objects. An Object is when you bundle data properties and behaviors(functions/methods) together.

Why use OOP?
OOP allows you to create large-scale applications with modules that are independent of one another.

A Class is a blueprint for objects.

An object is an instance of a class.

Abstraction - Is the overall essence of an object. What qualities/features trigger the overall association of the object.

For example when I say the word dog. You automatically know what I'm talking about.

I did not have to name a specific example of dog i.e. Golden Retriever to make you understand that I'm just talking about dogs in general.

Encapsulation - Is when you hide or restrict access to data in your program. Many people use the term black boxing. A user is only focused on the input and output of a machine and is not concerned with how the machine works.

Inheritance - Is when a class receives attributes and functions from another class. It's similar to us humans. You inherited characteristics from your parents but you are not a total clone of your mother or father.

To test that two classes have inheritance relationship use the IS-A test. 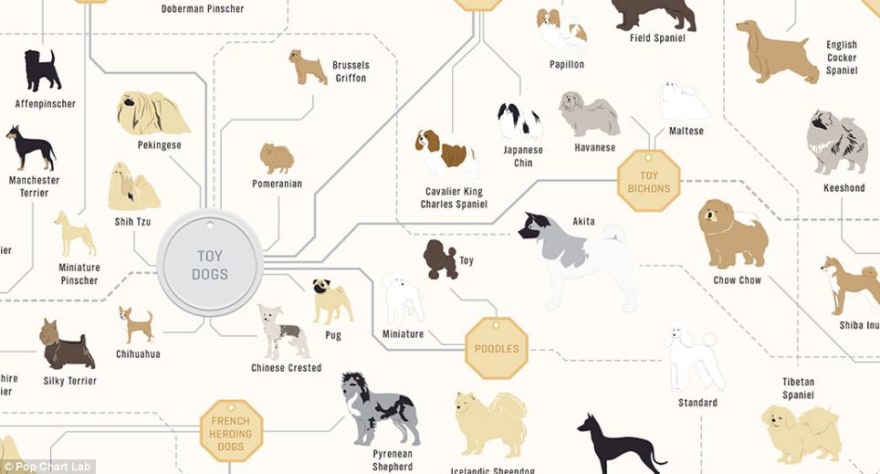 A concept similar to inheritance is composition. Composition is when two or more objects make another object. The relationship is one of ownership. Use the test HAS-A to check if its a composition.

Polymorphism - is the ability to take several forms. In oop we use overriding and overloading to achieve this.

Overriding is when a subclass changes the functionality of a method with the same name.

Overloading is when a class has multiple methods of the same name.