I recently found myself working in a Javascript codebase where I needed to implement new Jest tests. I knew very little at the time about writing tests, so I looked to Jest docs and existing patterns in the codebase to figure out best practices and how to do it. It was fairly straightforward, and I even found myself enjoying testing. But I could not for the life of me reliably mock an API call. 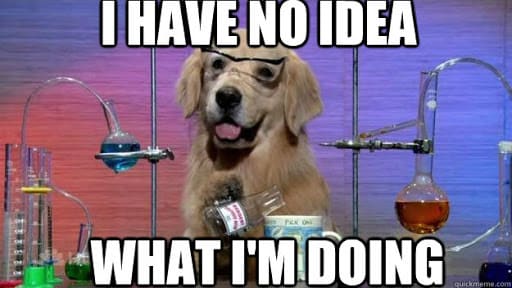 The docs seemed clear, and the existing code appeared to have good patterns, but there were just so many ways to mock things. The existing tests used all sorts of mocking methods such as jest.genMockFromModule(), jest.spyOn(), and jest.mock(). Sometimes the mocks were inline, sometimes they were in variables, and sometimes they were imported and exported in magical ways from mysterious __mocks__ folders. I used these techniques interchangeably every time I got a burst of confidence in understanding, only to find myself stumbling over the different methods and their effects. I had no idea what I was doing.

The issue was that I was trying to learn how to run before I even knew how to walk. Jest has many powerful ways to mock functions and optimize those mocks, but they're all useless if you don't know how to make a simple mock in the first place. And while the Jest documentation provides a lot of great insight and techniques, I couldn't figure out where to start.

In this article, I hope to give you absolute basics to mock an API call so you can benefit from my 2020 hindsight (heh). If you're going crazy like I was because you can't figure out how to just make a simple damn mock, Start here…

(NOTE: The code below was written in Node.js, but the mocking concepts also apply to frontend Javascript and ES6 modules)

We're going to be testing this getFirstAlbumTitle() function, which fetches an array of albums from an API and returns the title of the first album:

...and here's our initial mock-less test for this function, which verifies the function actually returns the title of the first album in the list:

The test above does its job, but the test actually makes a network request to an API when it runs. This opens the test up to all sorts of false negatives if the API isn't working exactly as expected (e.g. the list order changes, API is down, dev machine loses network connection, etc.). Not to mention, making these requests in a large number of tests can bring your test runs to a slow crawl.

But how can we change this? The API request is being made with axios as a part of getFirstAlbumTitle(). How in the world are we supposed to reach inside the function and change the behavior?

Mock it in 3 steps

Alright, here it is. This is the big secret that would have saved me mountains of time as I was wrestling with learning mocks. To mock an API call in a function, you just need to do these 3 steps:

1. Import the module you want to mock into your test file.
2. jest.mock() the module.
3. Use .mockResolvedValue(<mocked response>) to mock the response.

Here's what our test looks like after doing this:

Let's break this down. The most important part to understand here is the import and jest.mock():

When you import a module into a test file, then call it in jest.mock(<module-name>), you have complete control over all functions from that module, even if they're called inside another imported function. Immediately after calling jest.mock('axios'), Jest replaces every function in the axios module with empty "mock" functions that essentially do nothing and return undefined:

So now that you've eliminated the default behavior, you can replace it with your own...

The mocked replacement functions that Jest inserted into axios happen to come with a whole bunch of cool superpower methods to control their behavior! The most important one here, for the purposes of a simple beginner mock, is .mockResolvedValue(). When you call this on a mocked method, anything you pass in will be the default return value when the mocked function is called for the remainder of the test. Simply put: you can make axios.get() return whatever you want! And it doesn't matter whether it's called directly in your test file or as a part of a function imported into your test – Jest will mock the function no matter where it's called!

Use this newfound power to give your functions exactly what they should expect from the API calls. Stop worrying about what the network requests return, and just focus on what YOUR code does once it gets the response!

If you want to play around with the examples, feel free to use this demo repository:

There you have it! This is the very basics of what you need to mock functions from another module: import the module, jest.mock() the module, then insert your own return values with .mockResolvedValue()!

I recommend starting here, using only these techniques as you start building out your first mocks for your network calls. Once you have a foundational understanding of what's going on here, you can slowly start adding the other robust mocking features included in Jest.

EDIT: Also, be sure to clear your mocks between tests by running jest.resetAllMocks() after each test. This will help ensure your mocks won't interfere with future tests. (Thanks for pointing this out, @mjeffe!)

Alright, you've learned the basics of mocking and successfully implemented the strategies above in several tests. You can import and mock resolved values for all your API calls like an old pro. What's next?

While the methods described above will cover most simple use cases, Jest has a lot of mocking functionality and methods to do some really powerful things. You can incrementally add some of the concepts below to super-charge your mocks:

I hope this saves others some of the wasted time and frustration I went through! If anything doesn't make sense here, please leave a comment and I'd be happy to try to answer any questions. Also, let me know if there's anything else that helped you have an "Aha!" moment while learning to mock!

Did you find this this article useful? Feel free to subscribe to my articles below or follow me on Twitter for more developer tips and article announcements!
View full discussion (60 comments)