As far as I remember, I have had access to the Internet at home or at school since I was very young. Reflecting back, I was very fortunate. For a long time, however, I just took the Internet for granted.

When I was young, I understood the Internet as a black box that somehow magically connects my family and myself to our friends. Later, I knew the Internet is a system that allows devices to communicate with each other. But I did not understand how this system actually works.

A few months ago, I found a resource about the backend developer roadmap. There, I saw the first recommended step is to learn more about the Internet. I took that guidance as a motivation factor and decided to learn about the fundamentals of the Internet.

There are a lot of great resources to learn about the Internet, but for me, I have been mainly using "How the Internet works" on the Khan Academy. I reconstructed the contents from there in a way that helps me to understand the Internet better.

In this post, I am going to cover the definition of the Internet and its origin.

Part 1: What is the internet?

If you google/bing ‘Internet’, you will see its Wikipedia definition.

“The Internet (or internet) is the global system of interconnected computer networks that uses the Internet protocol suite (TCP/IP) to communicate between networks and devices.”

Let me paraphrase in a less technical way. I define the Internet as below.

After I learned about the definition, I wanted to know why this communication system was created. It’s mainly because sometimes the ‘why’ of something impacts the design and the architecture of that something.

(2) The origin of the Internet

For the Internet to work as it is today, there have been numerous scientists who contributed to the invention of the Internet. Among them, the well known major pioneers of this invention are Vint Cert and Robert E.Kahn (or Bob Kahn). In the Khan Academy videos, Vint shares the origin and its architecture in a quite simple and comprehendible manner. 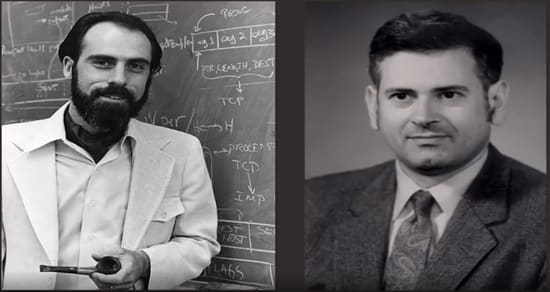 Vint explains that the Internet was originally created for military purpose. It was a result of ARPANET (Advanced Research Project Agency NETwork), which was a Defense Department research project. The intent of the project was to create a communication system that can survive under nuclear attack.

So, the other pioneer, Bob Khan, came up with an idea to create a system

As a result, they created a national wide experimental distributed packet network and validated that the system effectively transferred the information between two entities without a risk of the complete failure of the network. 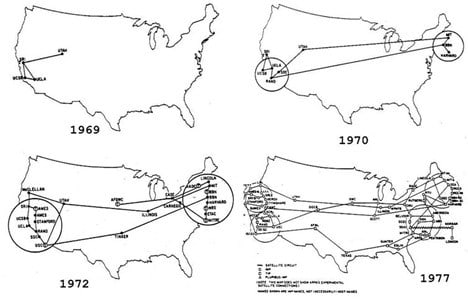 After I learned about the origin of the internet, I identified three important characteristics of the Internet:

We will see how these characteristics are reflected as we learn more about the Internet. As of now, let’s remember that the Internet is a distributed communication system that is made of lots of computers connected to each other to exchange information reliably on a global scale.

Until so far, we covered,

For the next post, I will share more about the infrastructure needed for the Internet to operate.

How to check the browser is offline?

I miss the old internet