It's been a while since I learned about property based testing, yet I never had a chance to apply it in my work. Property based testing is a stochastic process, in which your code is being bombarded with multiple combinations of examples, and output is checked for compliance to some condition that is supposed to hold on all inputs. The idea of describing and checking higher level properties of some code is just as beautiful as impractical in many areas of programming. In particular, in web development, where logic is usually intertwined with the database layer. Running hundreds of instances of the same test would introduce prohibitive overhead. This explains why I have not even attempted to adopt it before.

Suppose I meant it to be used with positive integers and I want to make sure that the result is always equal or greater than either operand. Kinda silly, but this is just an example. Let's describe this assumption then:

Right! We forgot about negative ints. In order to make fix comprehensive, we need to both add a guard to the function itself and bound the input stream. Whenever we do var <- integer(), it means instantiation of a particular value out of the stream of integers. Since we don't want just any integer, we should be able to apply a filter somehow. Even though the library provides specified positive_integer() generator, it does not suit our needs, because it filters out zeroes as well. Instead we apply filter to the stream:

Now test passes. We could go on with improvements by creating a custom generator, but instead I wanted to move to the first useful and successful use of property based testing in my practice. Meanwhile feel free to dig deeper into StreamData docs to learn more about API of the library that was almost included into Elixir itself.

Recently, while working on a poll feature for a social app, I ran into the issue of distributing percents. There are multiple options with the poll, each option has an integral number of votes greater or equal than zero, there is a total number of votes as well. What I needed is to hide the absolute numbers of voters and convert these numbers into percents, while making sure they add up to 100% or 0% if there were no votes whatsoever. The main issue I expected was rounding errors. Simple example:

With different distributions of votes, rounding can introduce overflows as well as underflows. 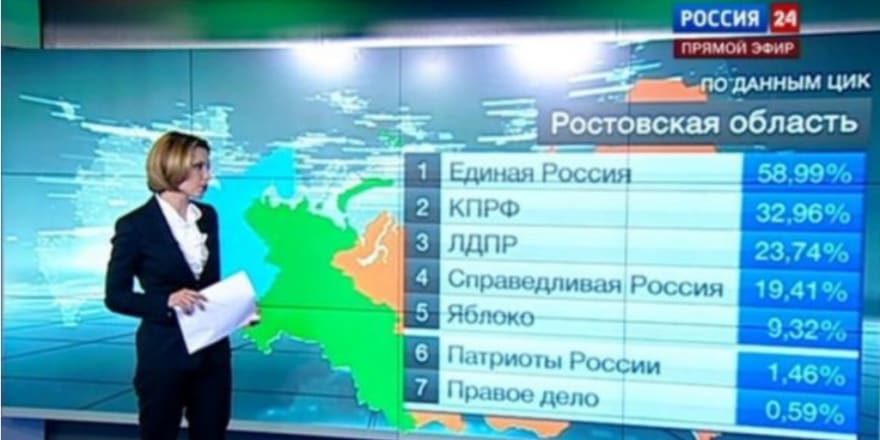 While 146% of votes might be okay for Russian politics, I wanted to avoid that. And the original approach was to maintain some accumulator initialized at 100 and return it at the last option.

When I tried to come up with meaningful and comprehensive test cases, I realized that it slips out of my control and I recalled property based testing. Really, this little function does not need the database, and the assertion is extremely easy to formulate: the sum of the percents should either equal to 100% or 0% if there is no votes:

These were the final versions of the test and function definition. Initially I failed to define correct assertion by setting a naive condition total_percents == 100 || total_percents == 0 and of course it would allow for a buggy behavior, where no votes poll would show 100% at the last option. Using implicative form (precondition) fixed that and proved that the test is just as good or as bad, as the logic behind it.