Reading 25 books in one year, that’s the challenge for 2018. Whether it’s fiction or non-fiction is not important, as long as it’s a book that can be read. You can follow my progress on my personal Goodreads profile.

One of the first books I read this year was Zero to One by PayPal-founder Pieter Thiel. It's a book for (wanna-be) entrepreneurs and features notes on startups and how to build the future, as the book's subtitle accurately describes. And indeed, it's packed with tips and tricks on how to build a successful business. Or, to stay true to the books title, how to go from 0 to 1. The main idea of the book is that it's relatively easy to go from 1 to n (taking something that already exists and expand upon it), but it's very hard to go from 0 to 1 (think of something completely new, something no one has ever done before).

Here are my top five takeaways (in no particular order) of Peter Thiel's Zero to One.

What important truth do very few people agree with you on? 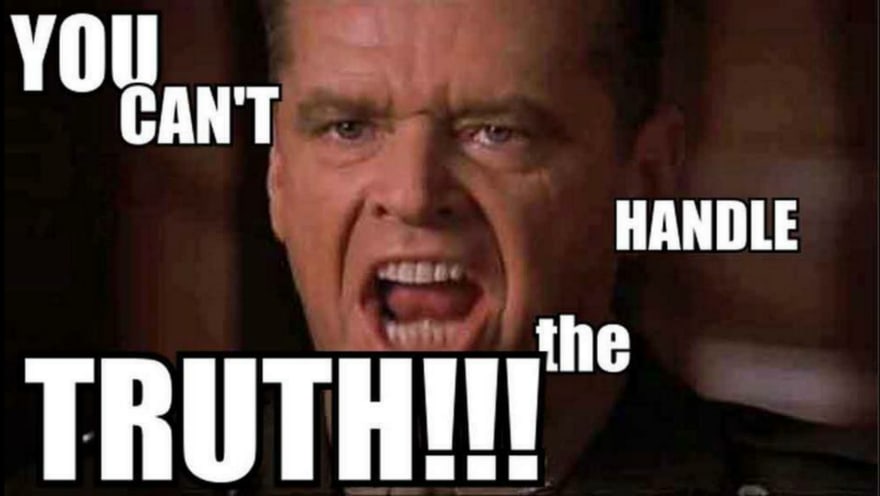 The quote above (no, not the one from A Few Good Men) is actually the main idea that resonates throughout the book. At a certain stage, it's translated into its business equivalent: "What valuable company is nobody building?". As described in the book (and I do agree with that) this is a very simple question, but very hard to answer. Some examples that are given, but which are actually agreed upon by many people and are therefore not good answers, are:

According to the book, any good answer must in some way come down to this: "Most people believe in x, but the truth is the opposite of x". Thiel's own answer to this question is the following:

Most people think the future of the world will be defined by globalization, but the truth is that technology matters more.

My own answer to this question? As mentioned, it's hard to come up with one. I'll probably say something like "most people believe that working very hard and long will bring them the life they desire, but the truth is that taking time to reflect and slow down (for example through meditation and retreats) is working way better". This answer is arguably the one that more people have if you'd ask them, but I wonder how many people actually live their life in line with this.

To a definite optimist, the future will be better than the present if he plans and works to make it better. 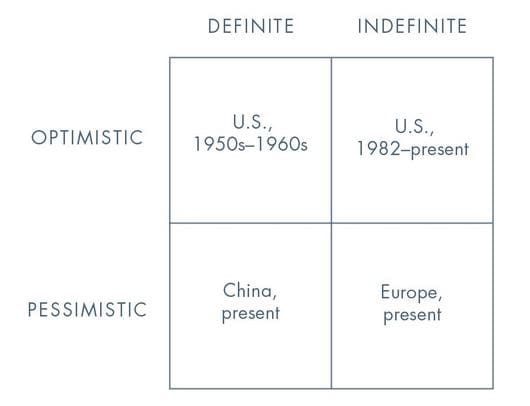 The two forms of optimism fall into a larger group of four principles, each of which can be applied to the future. These principles are:

I'd like to think of myself as a definite optimist, because that means I can control my future. It would mean that everything I do and plan for translates into some kind of optimistic future. The question is whether my self-image is accurate or not. Maybe I'm actually an indefinite optimist, because I'm so used to the positive advancement of the world and the country I live in. But that would probably also mean that I'm more likely to go from 1 to n than going from 0 to 1. As with many questions, this is a hard one, but certainly an important one to keep in the back of your head.

The secrets of nature and people

As we've seen by now, creating a business has a better chance of success when going from 0 to 1 than going from 1 to n. But how do you think of something that can get you from 0 to 1? According to Thiel, there are two kinds of secrets that can help you here: the secrets of nature and the secrets of people. The former is about finding some undiscovered aspect of the physical world. As a computer scientist myself, I don't think that's really my cup of tea. That leaves the secrets of people: what do people not know about themselves or what do people hide from others? Answering those questions is hard, but it could very well provide insights in new business ideas.

So how do we answer them? Unfortunately, there's no laid out strategy here. The only hint that Thiel gives is that the best place to look for secrets is where no one else is looking. Again, that's going from 0 to 1.

While I didn't uncover any secrets myself (yet), I do have an idea of where to look. I would start by paying attention while having a conversation with people (or listening in on other people's conversations, for that matter). What are other people complaining about? When they say something along the lines of "I really wish that x exists so I can do y", that's the moment your mind should start racing and thinking in possibilities rather than roadblocks.

He who is not busy being born is busy dying. 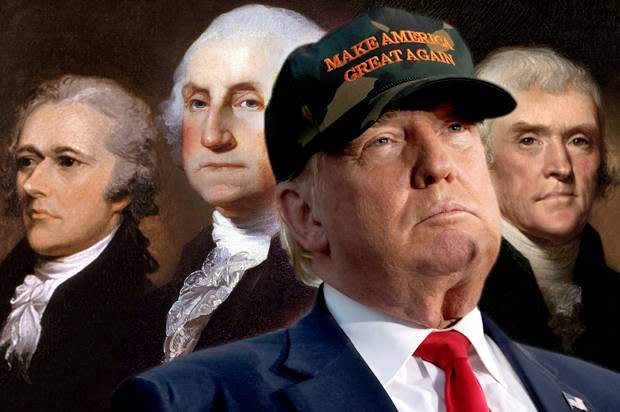 This quote is actually something Bob Dylan once said — or rather sung — in his song It's Alright, Ma. No wonder he won the Nobel Prize in Literature back in 2016. But while this observation was apparently something that applied to Dylan's life, it's also something that can be applied to business. As a company, you obviously want to be creative at the founding moment (yes, I know, 0 to 1 again). But this creativity should actually be incorporated into the DNA of the company. Also after the initial creation, a company should continue to be creative and come up with new ideas and inventions. Because how else can you stay on top of the competition (if you're not a monopoly already, of course). Why do you think Facebook acquired Instagram and WhatsApp and tried to acquire Snapchat? It were those companies who were being really creative and brought new ideas into the world, where Facebook was only just responding to what happened.

To quote Thiel: "If you get the founding moment right, you can do more than create a valuable company: you can steer its distant future toward the creation of new things instead of the stewardship of inherited success. You might even extend its founding indefinitely.". Nicely said, Peter. Up on the level of Bob, I would say.

Will a machine replace you?

As computers become more and more powerful, they won’t be substitutes for humans: they’ll be compliments. 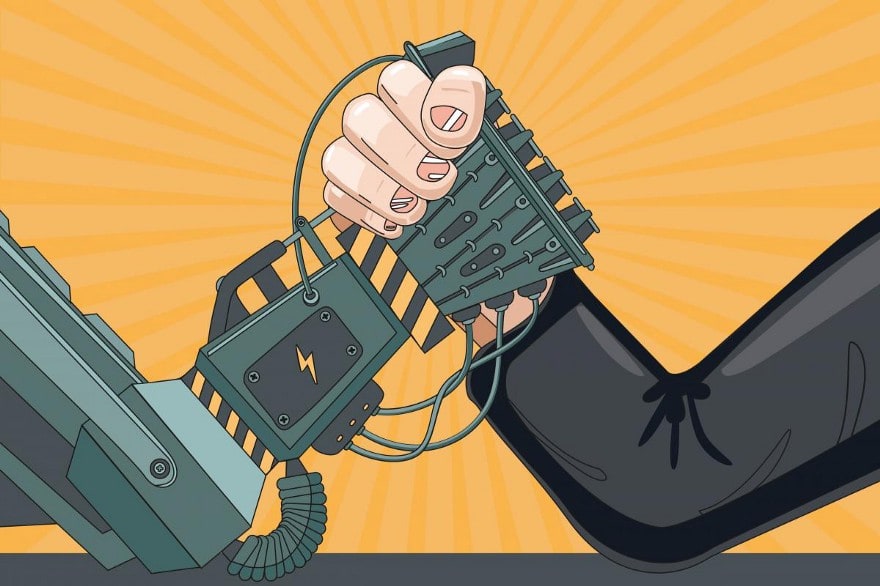 It's one of the questions that terrifies a lot of people: "Will my job disappear because machines are taking over?". That fear is not unfounded. A lot of influential people have observed the same. Marc Andreessen (venture capitalist) once said that "software is eating the world". Andy Kessler (investor) says that "the best way to leverage abundance and scale […] is to get rid of people" (he even wrote a book titled Eating People). And Forbes asked it's readers if a machine would replace them.

Thiel thinks it won't come that far. According to him, machines will be complements for humans, not substitutes:

The most valuable businesses of coming decades will be built by entrepreneurs who seek to empower people rather than try to make them obsolete.

But is that really true? Didn't the industrial revolution lead to technological unemployment? Or did that just shift the work that people were doing from boring and repetitive tasks to interesting and challenging tasks? I think jobs with repetitive tasks still exist today, and that the people who are doing those jobs will eventually be replaced by machines and computers. Is that a problem? It will be if the educational system that is in place today won't be able to evolve with technological advancement. If people are continued to be educated in jobs that will disappear over time, then yes, we have a problem. But the workings of the educational system could be a topic for another time and another series of blog posts. Maybe it's something I'll someday return to, after reading a book or two about it. So much to do, so much to read. But remember to take it slow and enjoy the process!

The Ultimate Guide to Breaking into Tech: Part 1 - Explore

What is software engineering?

Once suspended, yordiverkroost will not be able to comment or publish posts until their suspension is removed.

Once unsuspended, yordiverkroost will be able to comment and publish posts again.

Once unpublished, all posts by yordiverkroost will become hidden and only accessible to themselves.

If yordiverkroost is not suspended, they can still re-publish their posts from their dashboard.