The developments in the field of Computer Science go fast. So fast actually, that you should always be learning new things. There is no other choice than to become a lifelong learner. So let's get after it and discuss one term out of the huge list of computer- and programming terms each week! This week's term is: Pumping.

So, pumping. During my whole life as a computer scientist, I've never heard anyone talk about "pumping" in the context of computers. The only context in which I've heard the word is in sports. People call it body pumping: a full-body workout with light weights and lots of repetition. If I would have to describe a workout like that, I would actually just call it a "full-body workout with weights", because... Well, I don't know. "Body pump" sounds awful, doesn't it? I'm for sure not doing it. No, I'm not. I mean, look at it: 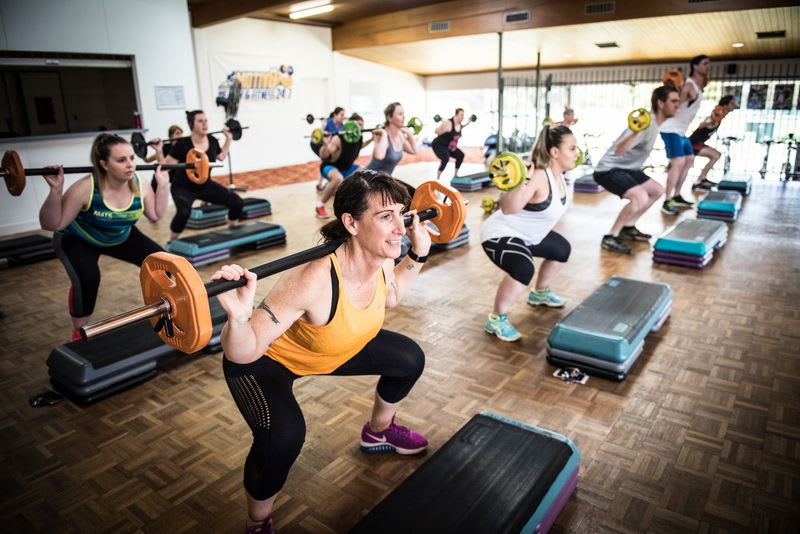 So we were talking about pumping in the context of computers. Like I said, I didn't hear the term before, but I can make an educated guess about what it would be. It could have something to do with pumping stuff through a system. Data, for example. Could pumping be a benchmark that tries to put as much data into a system as possible and measures its behavior? Or it could be more about the process, about designing the flow of data through a system? All those explanations feel legit. So let's find an official definition of "pumping" to see what it's actually about.

Pumping [...] is an informal term for transmitting a data signal more than one time per clock signal.

Right. So my guess of it being about pumping something through a system was kinda in the right direction. I do have to understand what a "clock signal" is, though, before we can understand what pumping means. Since this article is not about clock signal in depth, it's enough to have the general gist of it. Let's query Wikipedia again:

A clock signal is a particular type of signal that oscillates between a high and a low state and is used [...] to coordinate actions of digital circuits.

I see. What I have to understand about clock signals is that computers use it to coordinate actions. Or, in other words, to do something. It could take one or more clock signals to run a specific program, based on the complexity of that program. A program with more statements needs more clock signals before it's finished. 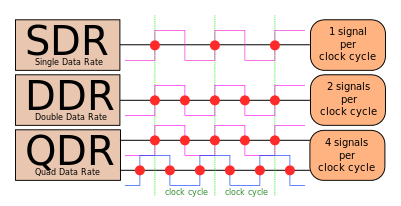 Now you may have noticed a familiar term in the sections above. At least, it's kind of familiar for me. I'm talking about the term "DDR", which is being used often when talking about memory. The computer world has arrived at the fourth version of DDR, called DDR4. So, a much-used technique in computer memory uses DDR, and we now know what that is actually about. Cool, right!

The last thing to understand in relation to pumping is what a front-side bus (FSB) is. It will come as no surprise that I'll let Wikipedia inform me about this:

A front-side bus was a computer communication interface (bus) [...]. [It carries] data between the central processing unit (CPU) and a memory controller hub [...].

A computer uses the bus to transfer information from one part of a computer to another. In this case, the bus transfers information from the CPU to a memory controller hub. A bus can have a certain clock speed. For example, a 400Mhz bus can handle a total of 400 million signals per second.

One final note. You might have seen that the definition of a front-side bus contains the word "was". That's because a front-side bus as described here is not in use anymore in modern computers. A computer now uses HyperTransport, Intel QuickPath Interconnect and Direct Media Interface. If you want to learn more about these things, you know where to go!

The Random Computer Term that we will discuss next week is: System Management Interrupt (SMI).