Approaching any finish line in life can be exciting yet stressful. This holds especially true in software deployment. The deployment phase is the final phase of the software development life cycle (SDLC) which puts the software into production. After a project team completes their planning, designing, and testing of a software product, the product is ready to go live.

What are Software Deployment Tools?

Looking for a Software development tool is easy. Looking for one that works best for your team, streamlines workflows, optimizes efficiencies and allows you to deliver the best software quicker and on a budget takes more investigation. Here are our top picks to get you started. 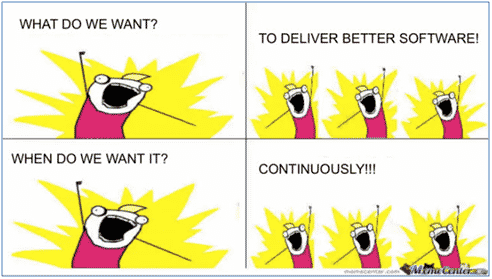 What to look for in a Software Deployment Tool?

Still not sure how to go about selecting a software deployment tool? It can be dauting to pick and choose among the abundance of options in the market, so we've rounded up 10 of the best options below: 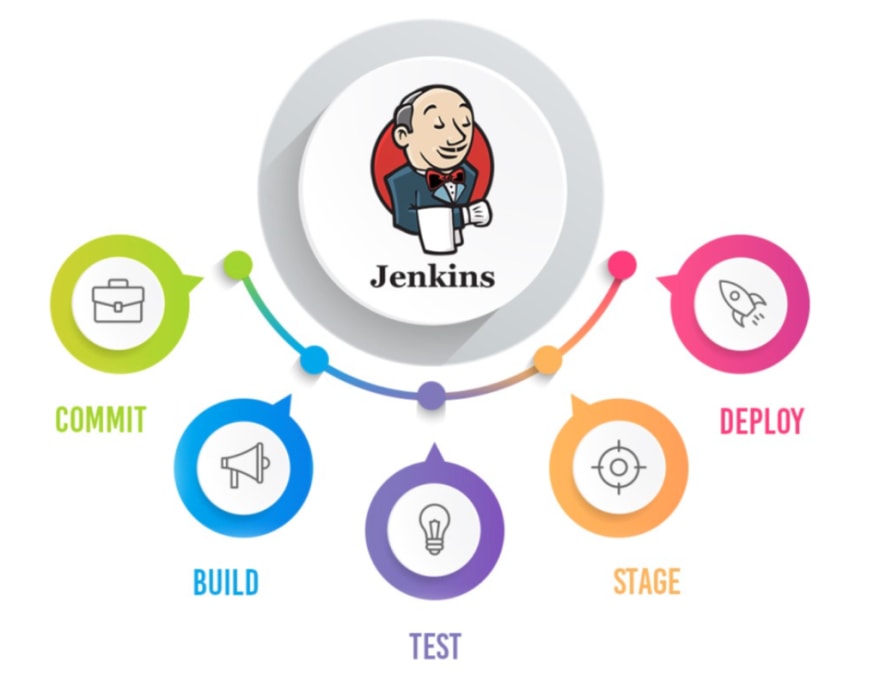 Jenkins was one of the first automated software deployment tools, and is now one of the most popular. It's open-source and has a large, active community of contributors. Built with Java, it has over 300 plugins to support building and testing virtually any project. Jenkins users can also leverage Spectral's integration with Jenkins security for ultimate scan speeds and maximum security.

Learn more in this informative datasheet.

One reviewer says, "We are using Jenkins for building and deploying the application running on-prem or in the cloud. One of the best things about Jenkins is that we can easily install it  using the docker image. For building the application, we are using Docker-based nodes, which trigger only during the requirement, saving us lots of money as we run the resources only during the requirement." 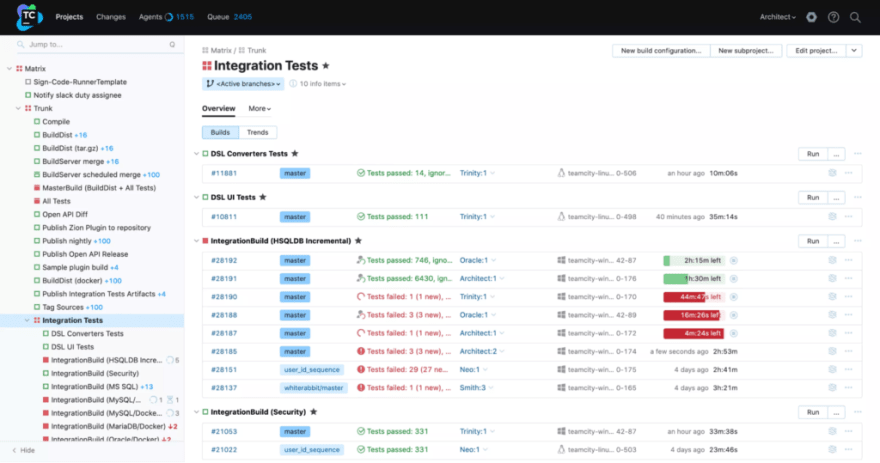 TeamCity is a continuous integration and software deployment server using Docker images for servers and agents. It offers a broad range of developer-focused features to take team performance to the next level. Additional functionality can be added through over 100 ready-to-use plugins.

To learn more, check out this overview by TeamCity's maker, Jet Brains.

One reviewer says, "It is the best CI/CD platform out there for small teams and startups, in which you can get full control of the application as you are deploying it yourself. We are using TeamCity for our core application stack. It made the builds and deployments very easy and removed the hassle of having to do them manually. The creation of new projects is so easy that each developer can manage their own project." 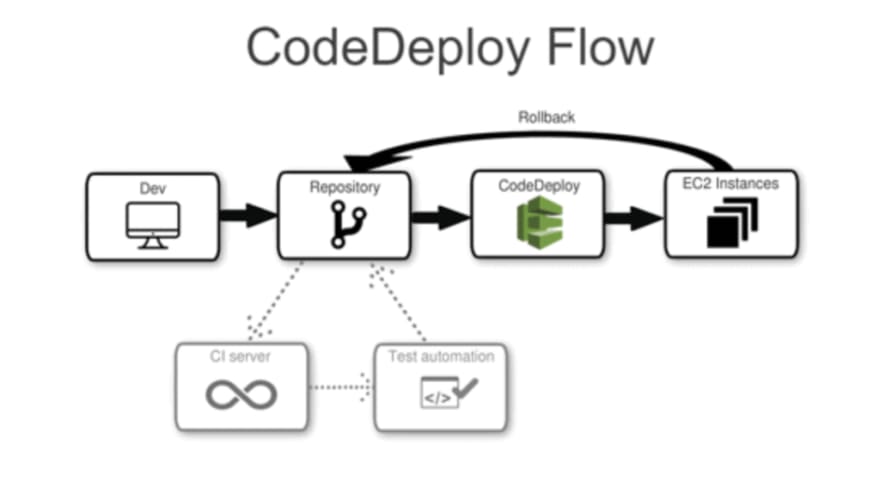 AWS CodeDeploy is a service from Amazon Web Services that automates deployments to any instance. It works with any language, platform, or application. AWS CodeDeploy makes it easier to release new features quickly, avoid downtime during application deployment, and handle the complexity of updating applications. Users can also test and track deployments so they're not left guessing or digging through logs when something goes wrong. Our integration with AWS CodeDeploy can be integrated directly into your CI/CD pipeline to improve your AWS DevOps security.

This user guide will come in handy if you want to learn more.

One reviewer says, "CodeDeploy provides a simple way to deploy code onto instances and allows you to get up and running fairly quickly. Being a managed service, it also meant that no new deployment infrastructure was needed to administer, drastically reducing running as well as cost to serve." 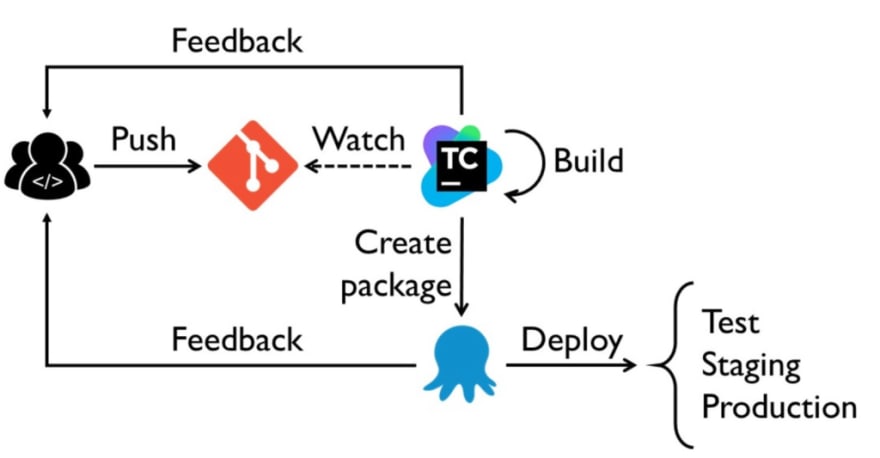 Octopus Deploy is an automated tool designed to simplify databases, ASP.NET applications, and Windows Services deployment. It enables software developers to automate application deployments and runs alongside the build server to automate complex software deployments in the cloud, corporate data center, or on-site. Its focus is on repeatable environments you can rely on as a developer.

This starter page provides an overview of Octopus Deploy concepts with links to the relevant documents, if you'd like to learn more.

One reviewer says, "Our client migrated from an existing deployment tool to Octopus and I must say the tool has a great UI and is very easy to use. The ability to select release packages to deploy by just selecting from a drop-down list makes life really easy."

Bamboo is a continuous integration tool that automates release management for applications and software, allowing IT teams to establish a streamlined pipeline of build delivery. It ties automated builds, releases, and testing into an integrated workflow. Mobile developers can automatically deploy their apps to the Apple Store or Google Play.

This documentation page helps new users to install, set up, and get started with Bamboo.

One reviewer says, "It was great to find out that there are Jira and Git branching workflow integration as well as test automation without any additional plugins. The Bamboo server can automatically detect and merge branches, as well as build and run tests. It allows to deploy code continuously to production or staging servers based on the branch name. " 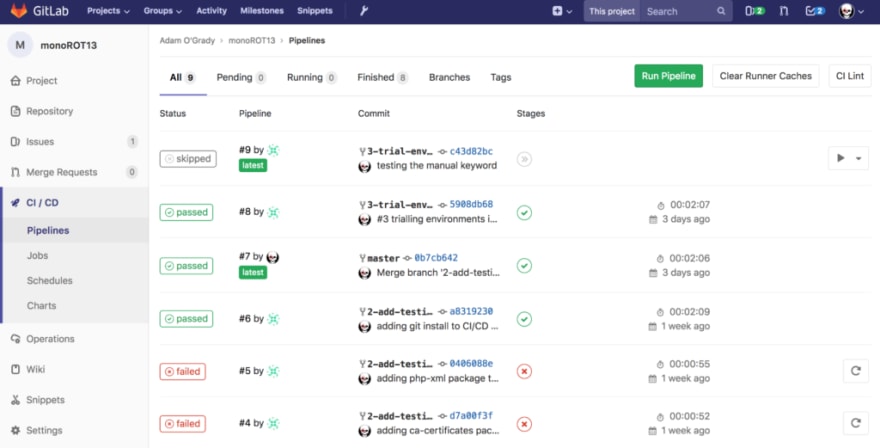 To learn more or get started with GitLab CI, check out this quick guide.

Check out this intro datasheet to learn more.

One reviewer says, "The ability to automate our workflows, as well as simplify and manage our issues, code, packages, CI, and deployment solutions, all in one place, is powerful. We're excited about publishing CI/CD workflows and to discover, reuse, and contribute to the Actions ecosystem within Globant and the GitHub community." 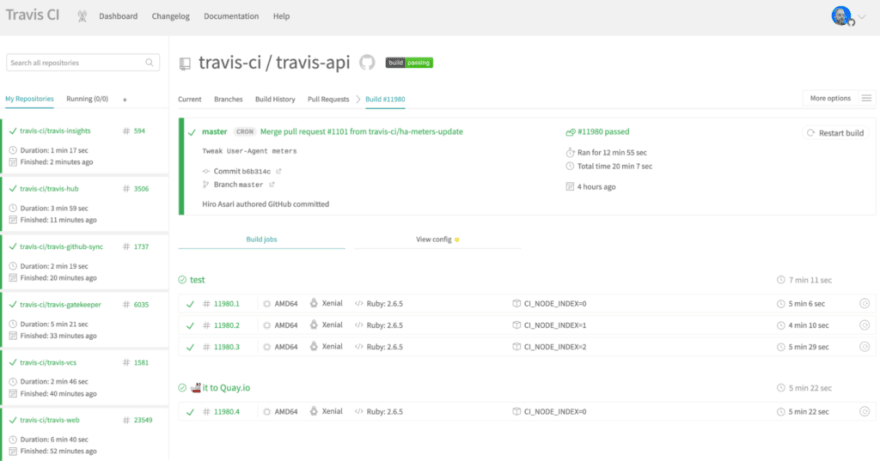 Travis CI  is a continuous integration platform that supports the development process by automatically building and testing code changes and providing immediate feedback on the success of the change. Travis CI can automate other parts of your development process by managing notifications and deployments. When you run a build, Travis CI clones your GitHub repository into a new virtual environment and performs tasks to build and test your code. In addition, the tool can automate other parts of your delivery workflow. Besides, our integration with Travis CI enables you to secure your CI/CD using just one line of code.

To learn more, read this core concepts datasheet for beginners.

One reviewer says, "Travis CI is easy to use and saves much time for configuration. Travis CI is suitable for the open source, private projects and supports private builds. I used Travis for testing and developing environments. It helped me avoid unexpected issues."

JFrog is a CI/CD automation platform. With Docker support, it helps streamline the process of provisioning, building, and pushing apps to production, deploying any application anywhere. JFrog is very flexible, so you'll be able to work with many other tools you're already using, all programming languages and cloud providers. To enforce policies and detect security issues in real-time with fast scan speeds, we recommend integrating our solution for JFrog security.

This overview documentation is a good place to start if you're looking to learn more.

One reviewer says, "I like [JFrog, formerly Shippable] because it is an all-in-one solution for our build, packaging, and deployment needs. It is easy to configure the .yml file to test the project from source code, build and package it into a binary if the tests pass, and then automatically deploy it to test or master environments. It lets you automatically tag the package with version information and store all the versions for future access and rollback." 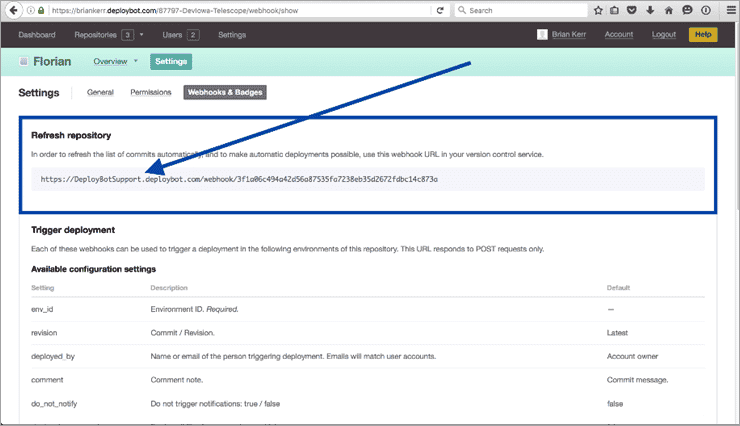 DeployBot makes deployment simpler and faster without the added complexity of a full Continuous Integration system. The tool creates a straightforward and consistent process for the entire IT team to deploy code anywhere there's an integration or open interface protocol. DeployBot saves time by executing the necessary preset scripts and commands, like when you're updating assets on a CDN, minifying code, or installing dependencies.

This can help you get started by adding a repository and deploying it to a server.

One reviewer says, "DeployBot has become an integral part of our workflow due to its ease of use and seamless integration with the services we use. Commit, push to Bitbucket, pull open DeployBot, and the latest version of our app is ready to deploy. It handles the update on Elastic Beanstalk seamlessly and allows VERY easy rollback if there are bugs or errors. By far, the fastest site update/CI tool I've used."

Why risk it all? Make security your priority

When deciding which software deployment tool is right for you, keeping security at the forefront of your decision is important. While software deployment tools are able to manage sensitive user and group permission settings and allow only authorized users to access information when required, this isn't enough to outrun all phishing attempts, malware, and DDoS attacks out there.

So regardless of which tool you choose, it's important to add a security integration to shift-left your tool's security into your CI/CD pipeline. Request a demo today to get a taste of what it's like to secure your code from as early as possible within the DevOps lifecycle.

Deploy an Nginx Web Server on an EC2 instance with Terraform

What Is GitOps? Principles, Tools, And Benefits

Top 5 reasons to choose DevOps as a Career 💎

Manage Redis on AWS from Kubernetes