With the modern big data revolution, NoSQL databases have become widely popular. Their scalability and support of unstructured data is appealing to developers seeking solutions outside the traditional structures found in relational databases. And with cloud service providers such as Amazon and Azure introducing their own NoSQL database solutions to the market, it's no wonder that this approach to database design has been growing in popularity. So we thought it was about time to discuss the importance of NoSQL databases, have a look at different NoSQL database types, and clarify their advantages and limitations.

As the name implies, NoSQL stands for "not only Structured Query Language" since it enables the storage and querying of data outside the traditional structures found in relational databases. Although such databases have existed since the 1960s, the name "NoSQL" was only coined in the early 21st century.

Regardless of what we call it, NoSQL databases provide the flexibility to handle large-scale data. It does not require having a defined schema and can easily scale horizontally to handle large data volumes. 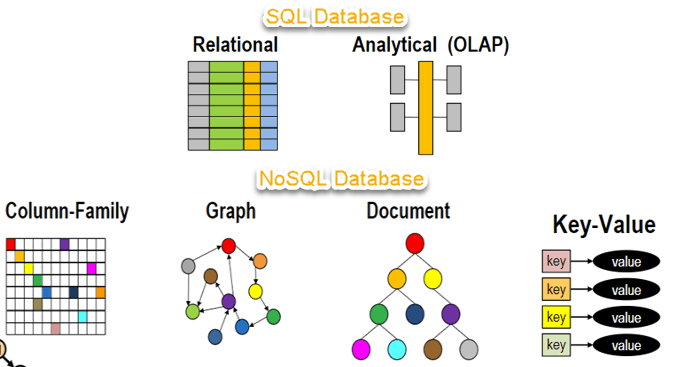 If we consider a relational database, users need to create separate tables for each entity and define columns for each table. Then, the primary keys of the tables are used to map relationships between tables to minimize data duplication. In addition, techniques like normalization and relational mapping are used to enforce referential integrity and further improve data redundancy. For example, you need to create two separate tables if you have to store article details and writer details.

When it comes to NoSQL, you don't need to think about normalization, relational mapping, or creating separate tables. You can use a single document/collection to keep all the data. Since NoSQL data models are flexible, you can add records with different data attributes.

When to Use NoSQL

NoSQL databases are used by well-known companies like Amazon, Netflix, Microsoft, Snapchat, and Dropbox in their products. Each of these companies handles a large amount of data in their applications, which is one of the biggest reasons to choose NoSQL.

Apart from that, NoSQL databases are suitable for:

Before discussing the NoSQL database types, let's have a look at how NoSQL differs from traditional relational databases. The following graph illustrates some of the major differences and similarities between the two:

There are 4 main categories of NoSQL databases:

Key-value pair is the most simple type of NoSQL database. It only has 2 columns, named 'key' and 'value', where the key can only have string values while the value can store JSON, strings, Blob, XML, etc. The main concept behind this design is to have a hash table with a unique key and a pointer to a data item.

However, key-value pair databases are not the perfect solution if you frequently update the data values or use complex queries.

AWS DynamoDB, Redis, Riak, Memcached, and Scalaris are some of the most used key-value pair NoSQL databases. 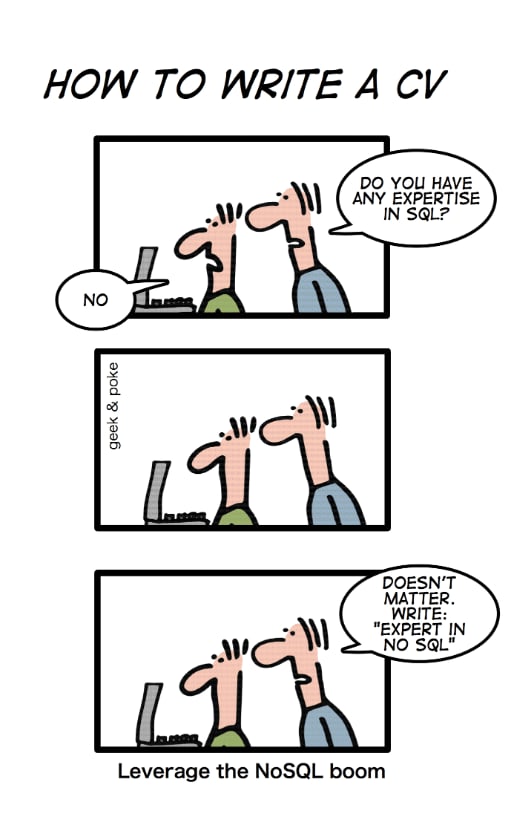 Column-oriented NoSQL databases use a set of columns to store data. These column sets are known as column families, and users can directly query these column families without going through all the data records.

Google's BigTable paper inspired this database design, and it is capable of handling large data loads on distributed machines. In addition, column-oriented databases provide efficient compression and high performance with aggregated queries such as sum, average, and minimum.

Column-oriented databases are widely used for:

Although column-oriented databases have high standards for performance, it is hard to maintain them strongly consistent since all the columns require multiple write events on disk.

Google BigTable, Cassandra, Hbase, and Hypertable, are examples of some of the most used column-oriented NoSQL databases.

Each data element is stored as a node in graph-based NoSQL databases, and the edges denote relationships between data elements. Each of these nodes and edges has unique identifiers.

Graph-based databases are widely used for: 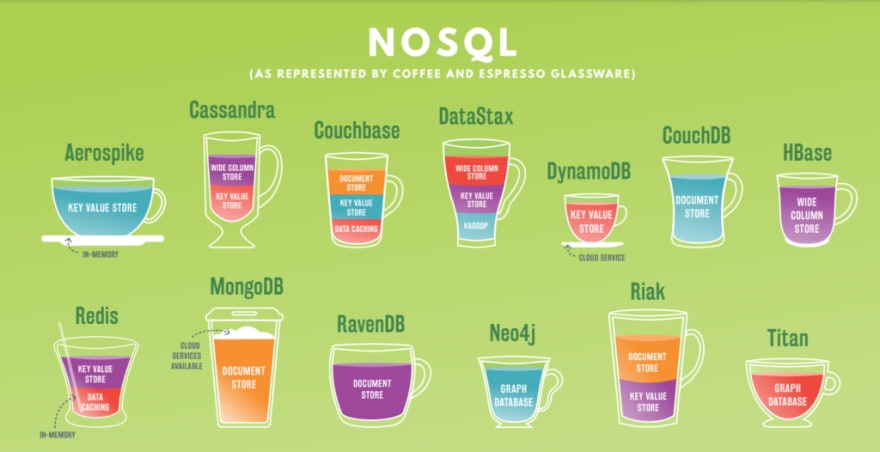 Query speed and flexibility are the most highlighted features of document-oriented databases. They support nested documents and indexing to improve query speed while allowing developers to make changes to documents as needed.

However, using document-oriented databases for an application that requires complex transactions and queries can decrease the application's performance.

AWS SimpleDB, AWS DynamoDB, CouchDB, MongoDB, OrientDB, and RavenDB are some of the most used document-oriented NoSQL databases.

What else to look out for when choosing a NoSQL database

This article discussed everything you need to know about NoSQL databases, including their features, pros, cons, and 4 main categories of databases available. I hope now you have a good understanding of NoSQL to choose the best database for your project.

However, choosing the correct database is only a part of database administration. You should also pay attention to aspects like risks and security since databases contain a massive amount of sensitive information.

With the rise of cloud services, many organizations have applications alongside databases in the cloud. Although cloud services provide some level of security, you should aim to take your security posture one step further when handling large amounts of data. In our blog, we're sharing free content to help you learn how to avoid security mistakes, credential leakage, misconfiguration, and data breaches in real-time. Enjoy!

PostgreSQL: An example of using WITH clauses to decompose the problem

yayabobi
What is a Data Subject Access Request (DSAR) And Why You Should Care?
#compliance #cybersecurity #database #datascience

Thanks for keeping DEV Community safe. Here is what you can do to flag yayabobi: