This is my very first tutorial on any of the technical blogging platform. In this tutorial, we'll be configuring a custom pipeline that builds the docker image from Dockerfile present in the root of the bitbucket repository, push it to Amazon ECR and execute a script on EC2 server which will pull the image and start a container on the server.

In this step, we'll see how to enable pipeline for a repository

Click on Configure/View bitbucket-pipelines.yml button and continue to the next step.

In this step, we'll select a language template for our pipeline.

You'll be now on pipeline configuration page, scroll down to the bottom where you see a bunch of language templates to get started with. 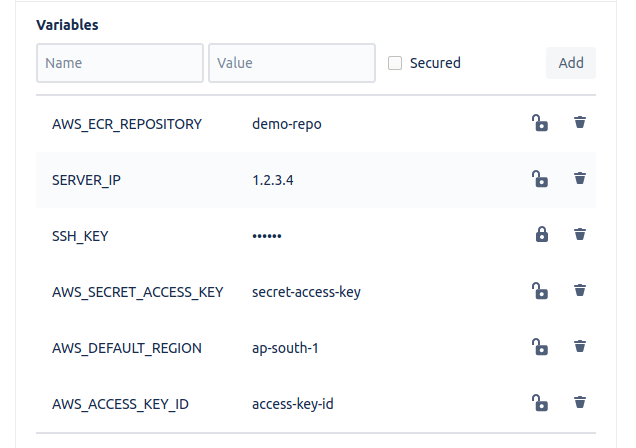 I have kept SSH_KEY as a secured variable and I will show you how to set up the value of this variable in upcoming steps.
These 6 variables are defined as deployment variables as their values differ for each deployment, different for test, staging, and production.
The values for AWS_DEFAULT_REGION, AWS_ACCESS_KEY_ID, and AWS_SECRET_ACCESS_KEY can be same as of IAM user used for configuring awscli on ec2 instance.

Getting back to the code, every step should have a script tag and you can see the indentation gap between each line is 2space but there is 4space indent between - step and deployment: Test line, it is the YAML format and we have to follow it otherwise the pipeline will not execute.
Now you can run this pipeline, it will create a docker image with a tag demo-repo in my case.

Adding pipes to the custom pipeline for additional functionality

I have added 2 pipes to the custom pipeline, pipes can be viewed as miny pipelines used to ease the pipeline development.
The first pipe is used to push the built docker image from Step #3 to the AWS ECR repository and the second pipe is used to run the demo-repo-container-script.sh script present in the root of the repository on the ec2 instance via ssh.

Note: There should be only 2space indent between - pipe: line and variables: line

The links to the pipes are attached in the references

I read the documentation of the ssh-run pipe and searched over the internet but was unable to figure out the correct format of ssh that is to be used as the secure variable, so I'll show you how it is done.

First of all, you need the .pem file that you use to connect to ec2 instance via ssh and a Linux machine. I managed to do this on Linux only so I can help with Linux only, feel free to provide methods on other OS in comments. I have generated demo-repo-kp.pem from ec2's key-pair generation feature.

This is what demo-repo-kp.pem file contents looks like(don't worry I'll delete this key-pair file when this article goes live) 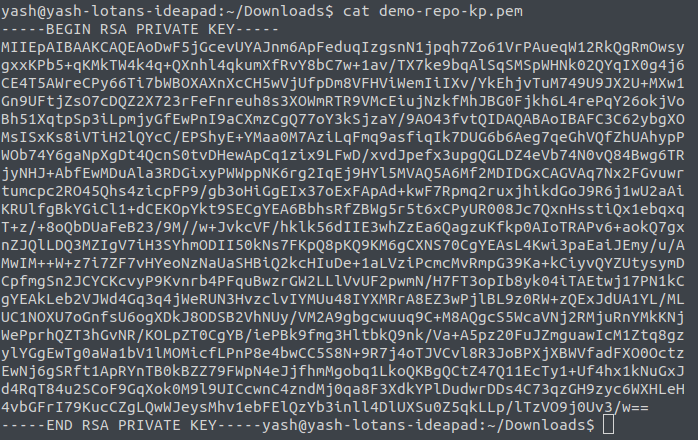 As you can see this is an RSA file and the SSH_KEY needs base64 encoded private key as required by the ssh-run pipe.
To convert this pem file to private key, use this Linux command
$ openssl pkcs8 -in demo-repo-kp.pem -topk8 -nocrypt -out pv-key.pem
Replace demo-repo-kp.pem with your input key file
Now the pv-key.pem contents look like 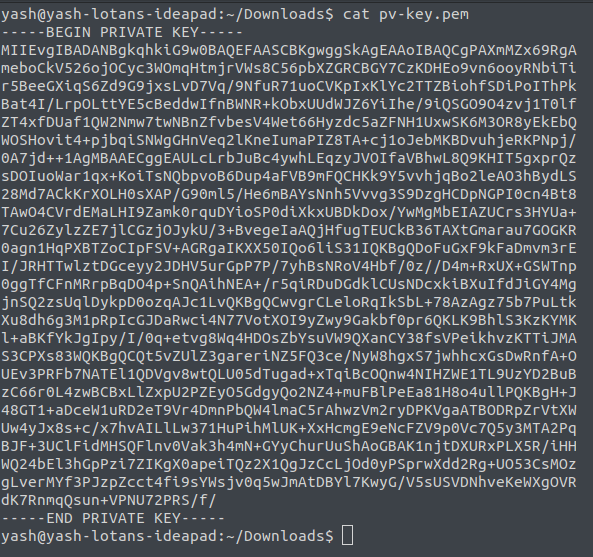 Now that you have the private key, you can use any online tool to convert the private key file to base64 encoded string which looks like random characters ending with a =

Now you can use base64 encoded string in the SSH_KEY and don't forget to enable the secured checkbox.

Once suspended, yash0212 will not be able to comment or publish posts until their suspension is removed.

Once unsuspended, yash0212 will be able to comment and publish posts again.

Once unpublished, all posts by yash0212 will become hidden and only accessible to themselves.

If yash0212 is not suspended, they can still re-publish their posts from their dashboard.

Once unpublished, this post will become invisible to the public and only accessible to Yash Lotan.

Thanks for keeping DEV Community 👩‍💻👨‍💻 safe. Here is what you can do to flag yash0212:

Unflagging yash0212 will restore default visibility to their posts.