In this post, I will do a detailed benchmark of different type of AWS EC2 instances, to get below results:

To simplify the spelling, we defined some terms here:

Before I listed long introductions of benchmark and charts, I guess it is better to write down the conclusions first.

After several benchmarks, we can have conclusions from chart and data:

We used Sysbench and Geekbench to run the benchmarks.

Sysbench is a scriptable multi-threaded benchmark tool based on LuaJIT. It is most frequently used for database benchmarks, but can also be used to create arbitrarily complex workloads that do not involve a database server.

We will test on these aspects:

Parameters:
--threads, The total number of worker threads to create. Each thread will run on one CPU core.

Memory tests will run for read performance and write performance in seq(sequential) and rnd(random) mode.

Geekbench is a cross-platform benchmark that measures your system's performance. It will run several built-in tests on Single-Core and Multiple-Cores. The results are shown one Single-Core Score and one Multi-Core Score, like below: 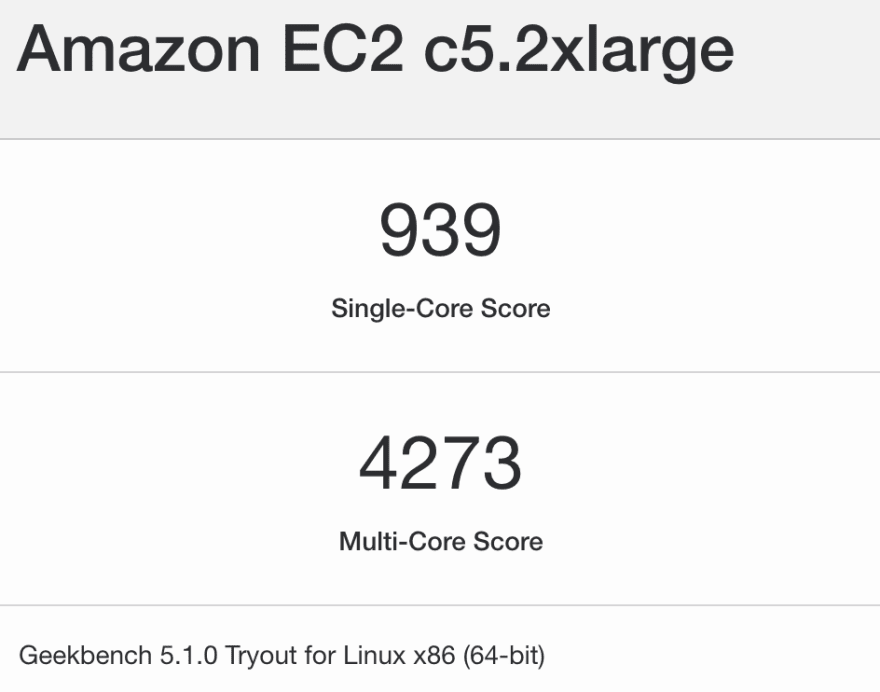 According to AWS “C5 and C5d instances feature either the 1st or 2nd generation Intel Xeon Platinum 8000 series processor (Skylake-SP or Cascade Lake) with a sustained all core Turbo CPU clock speed of up to 3.6 GHz.”, we need to know which type has the best single-core performance.

In this test, we want to make sure the performance grows linearly, like the relation between pricing and cores. We only need to test single-core performance on different generations instances if multiple-cores performance is linear with cores number. It will save a lot of time and make the whole benchmark easier to understand.

We will test single-core performance on different operating systems:

This test is the main target for this benchmark - we want to know the performance improvements among c5/c4/c3, r5/r4/r3, m5/m4/m3.

“a” in m5a means AMD CPU, which is cheaper than Intel CPU. In this test we want to know the difference between AMD and Intel CPU. 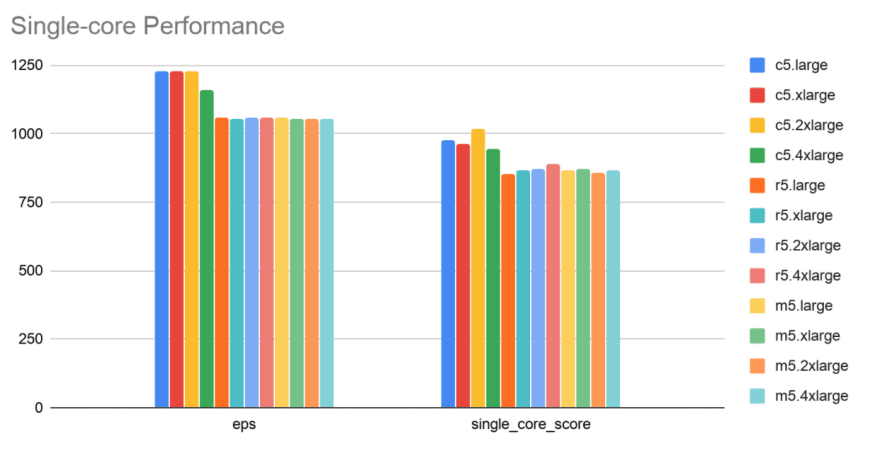 Multiple-cores performance and its decay 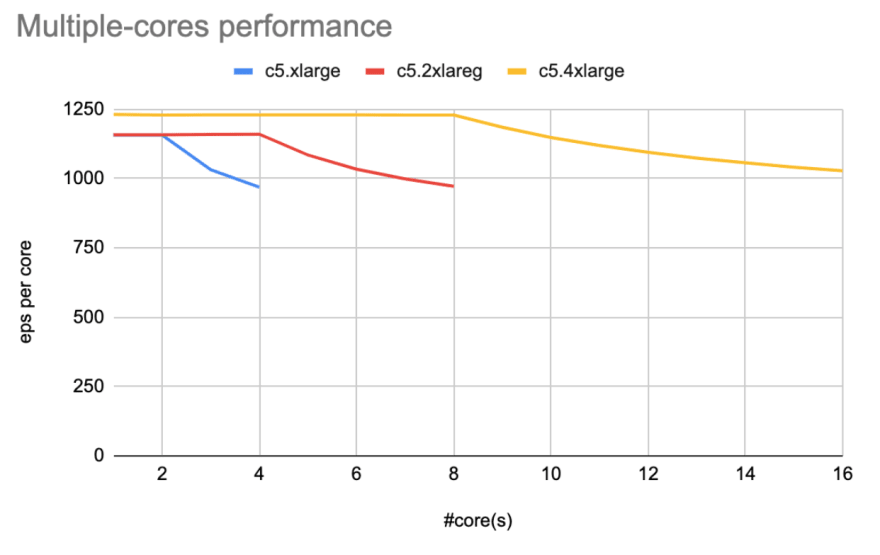 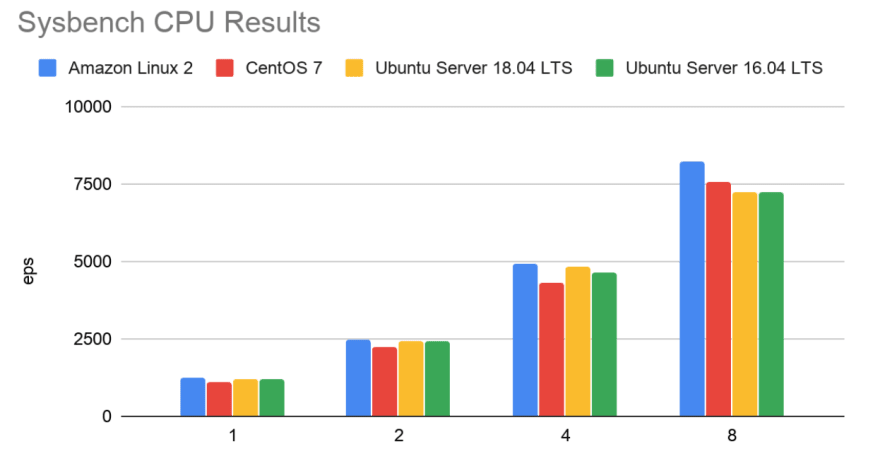 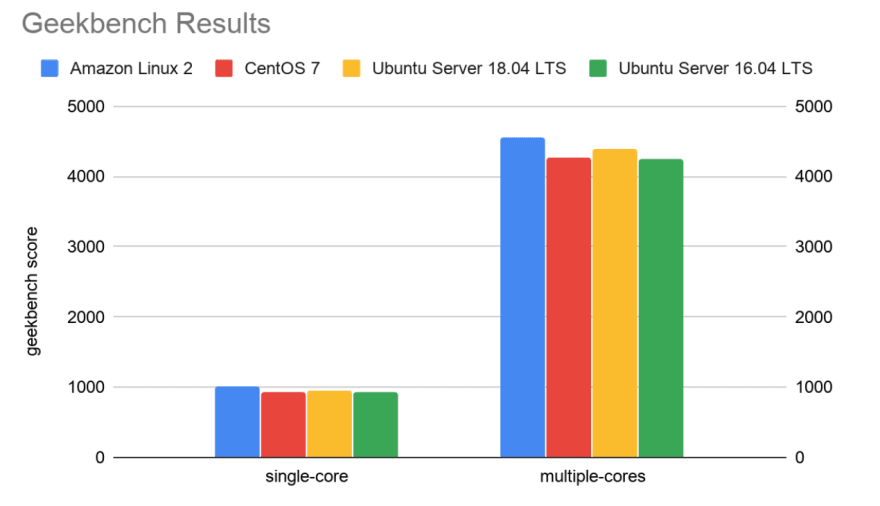 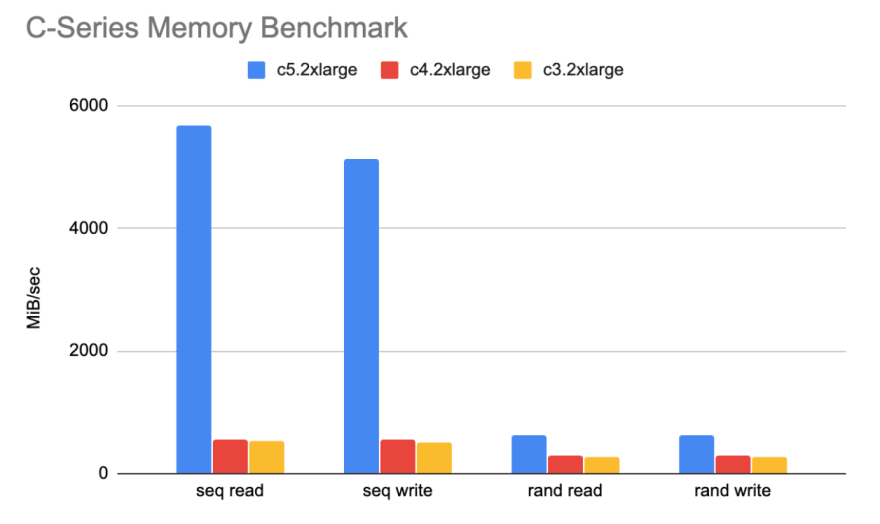 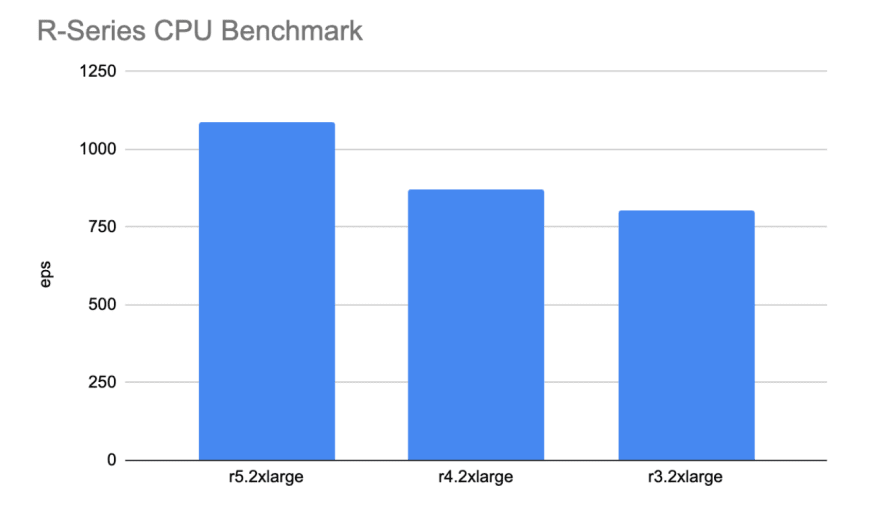 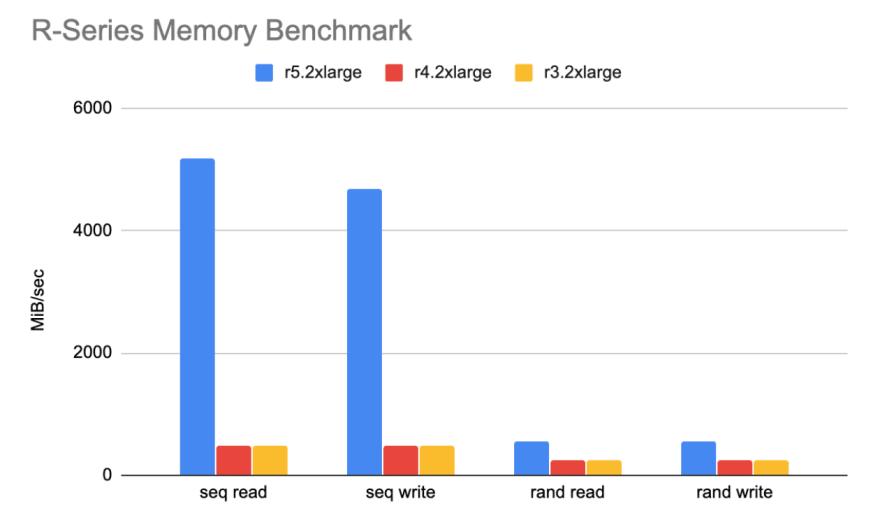 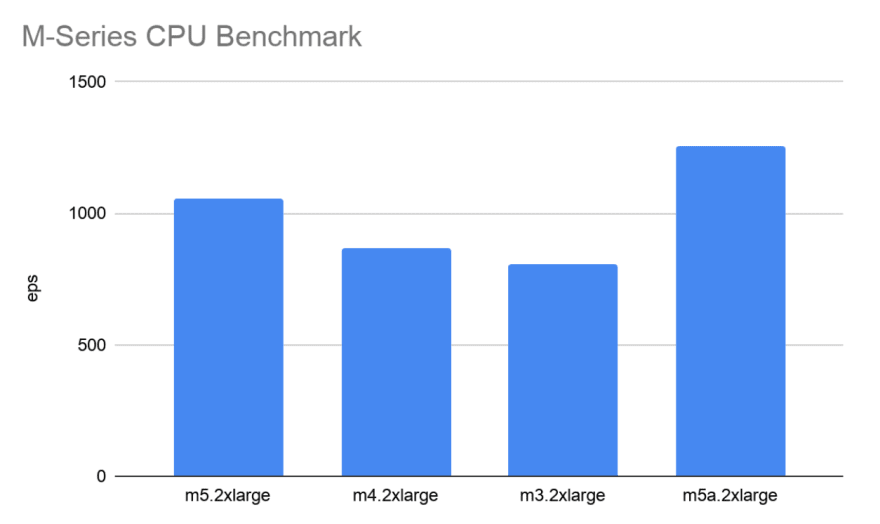 How to Trigger an AWS Lambda from Kinesis